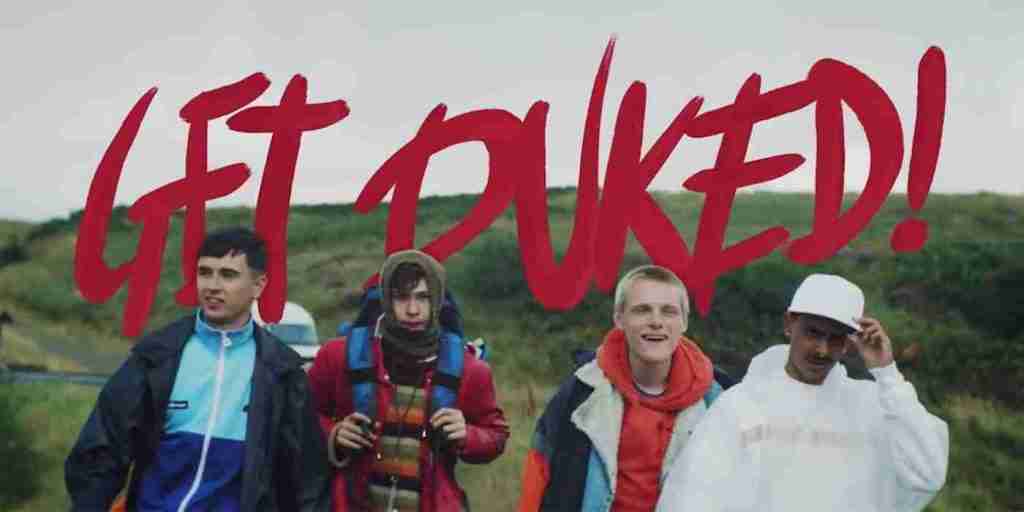 Get Duked! is a silly little British film that made its way through the festival circuit in 2019, and is scheduled to be released on Amazon Prime on August 28th. Originally titled Boyz in the Wood, This movie tells the tale of 4 high school boys out on a camping trip for school, I assume to earn some credits, and also something called “The Duke of Edinburgh Award.” The teens arrive to their remote location in the Scottish Highlands via a van driven by their teacher/chaperone Mr. Carlyle. He gives them a map and sends them off orienteering while he sets up a crude camp. 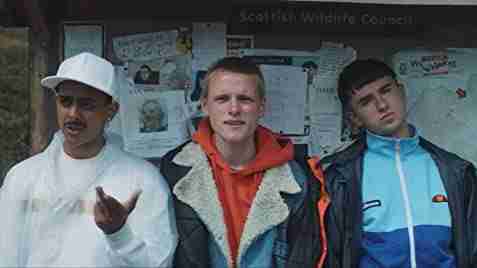 As the young lads set off, they seem miffed that they have to spend a day out in the bleak wilderness versus being back in town doing basically anything else, including one boy who seems the most out of place in this stark landscape, being clad all in white, would rather be spitting hot fire on the mic as his alter ego DJ Beatroot. Soon they are spied upon by the titular Duke through the scope of his rifle. Assumed to be just a hunter out looking for his quarry, it soon becomes apparent when the boys spot him that they are his prey. So it would seem the Duke and his wife spend their time killing youths who “trespass” on their lands much like “The Hills Have Eyes.”

The boys unsure where to go with their map destroyed by hijinks run off and try to get help from a man on a tractor they ran into earlier but he can’t hear them because he’s actually spinning that fresh Beatroot ish. They make their way back to camp after a time, but since they got all baked out in the wilderness, they think Mr. Carlyle is the Duke and more hilarity ensues. Was Carlyle really the Duke? Is there any more danger lurking about in the highlands? Wiill they earn the coveted Duke of Edinburgh Award? Tune in to Amazon Prime this Friday and see for yourself.

This movie is slim on plot but HIGH on the jinks, and is poised to become a cult classic in a generation or so. In the same vein as Zombieland and Shaun of the Dead, but also Half-Baked and Dude, Where’s My Car; Get Duked! is a zany black stoner comedy replete with crazed killers, goofy teens, dope smoking, hip-hop, and hallucinogenic poo. It may be difficult for American audiences to understand with all the British slang and thick brogue, but that’s nothing that subtitles won’t fix. The movie obviously doesn’t take itself too seriously which is a welcome respite during the current atypical state of world affairs. I am not sure if Amazon decided to change the film’s title to Get Duked!, but the change definitely makes more sense since I don’t think a single tree made an appearance. 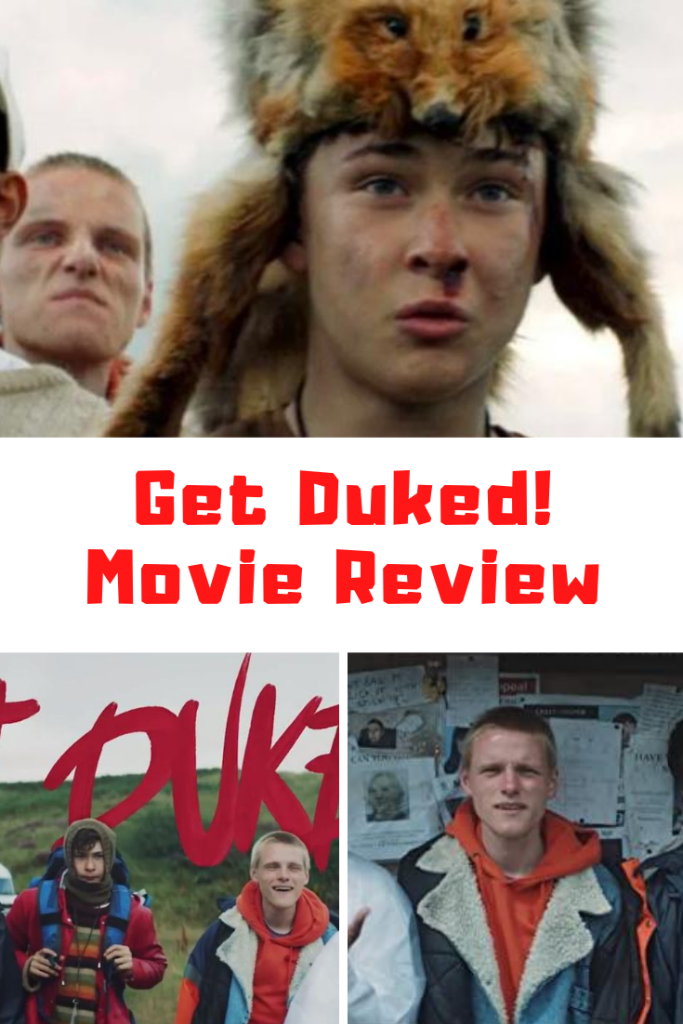