The One And Only Ivan is delightful, heartwarming and will tug at your heartstrings. A much needed story about compassion and empathy for all species. 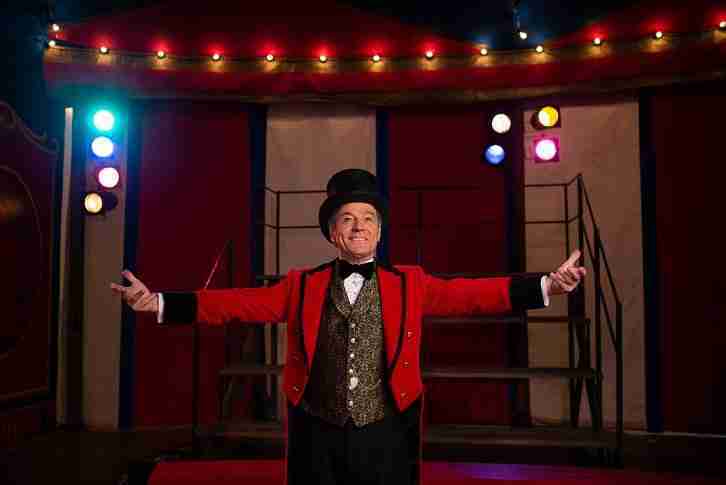 The One And Only Ivan will stream on Disney Plus this Friday, August 21st.  Starring Bryan Cranston and voiced by a star studded cast including Angelina Jolie, Danny DeVito, Chaka Khan, Phillipa Soo and Sam Rockwell.  The film is based on Katherine Applegate’s best selling novel of the same name, which centers around the true story of a silverback gorilla named Ivan who lived in a cage at a mall.  Like the book, the story is told from Ivan’s point of view and is sure to touch the hearts of audiences everywhere.

Silverback gorilla Ivan (Sam Rockwell) has been the big headliner for Mack’s (Bryan Cranston) circus for years, drawing big crowds as they fearfully watched Ivan roar and beat his chest. Lately however, those crowds have been dwindling down leaving the circus to struggle to stay afloat.  In an effort to save the struggling circus, Mack brings in a baby elephant named Ruby (Brooklynn Prince), because who doesn’t love a baby elephant?  Feeling protective of the new baby brought into the animal mix, elder elephant Stella (Angelina Jolie) voices concerns for the future of Ruby.  As Stella’s health begins to deteriorate, she asks Ivan to make her a promise, a promise to set Ruby free. 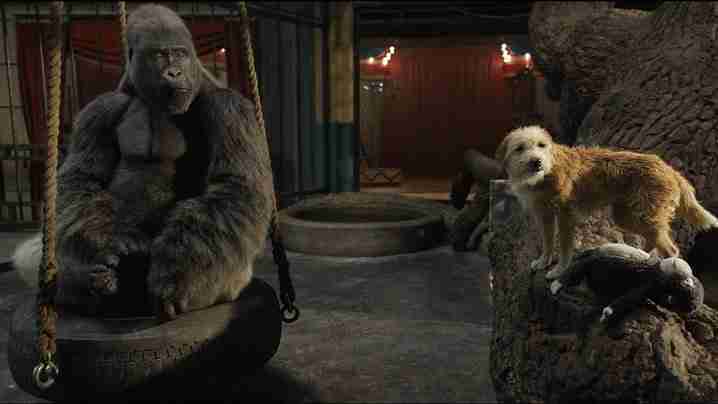 A Story Of Friendship

Ivan, along with his other animal friends, have made it their mission to fulfill Stella’s promise to help set Ruby free. Unlikely friendships are in this pack of circus animals, from a dog named Bob (Danny DeVito) who sleeps on Ivan’s belly nightly, to the Janitor’s daughter, who gives Ivan his first set of crayons to draw with, this story speaks volumes on the meaning of friendship.  It is a true reminder that friendship is not about who you are or what you look like, but it is about being a helper, caring for someone else and sacrificing for the good of another.

A Story Of Being Humane To Animals

In a time where we as humans have had to face an isolation of our own during this pandemic, I believe the concept of caging animals hits even harder.  We have watched in horror as pseudo-celebrities like Joe Exotic have risen to fame because of his crazy antics with big cats, yet we fail to recognize the horrors these big cats live with daily, being trapped in cages for our amusement.

Ivan has to face his own demons of the past, as he recollects his childhood in the jungle with his family, and the horrifying moment he was ripped from his home, made a “pet” and eventually used as a circus act.  And while the animals in Mack’s circus seems to be well cared for, it is apparent that years of being caged and used as an attraction has taken a mental toll on them, as they struggle with the pro’s and con’s of being “free”, “It’s too bad you can’t have it all. You can have your freedom but you have to live by your wits with no security. Or you can have security but you are stuck in a cage all day, doing tricks for humans. It’s a tough call.“

The One And Only Ivan has done a terrific job adapting Katherine Applegate’s book into a film kids can relate to.  It sets the stage perfectly for parents to not only discuss what is happening to these caged animals, but also on environmental issues and empathy.  We as a human species have become so desensitized to violence and cruelty, we need a good reminder every once in awhile that ALL species deserves to live and live freely.  Ivan reminds us of the importance of caring for this world and those who live in it.

The One And Only Ivan streams on Disney+ Friday, August 21st! 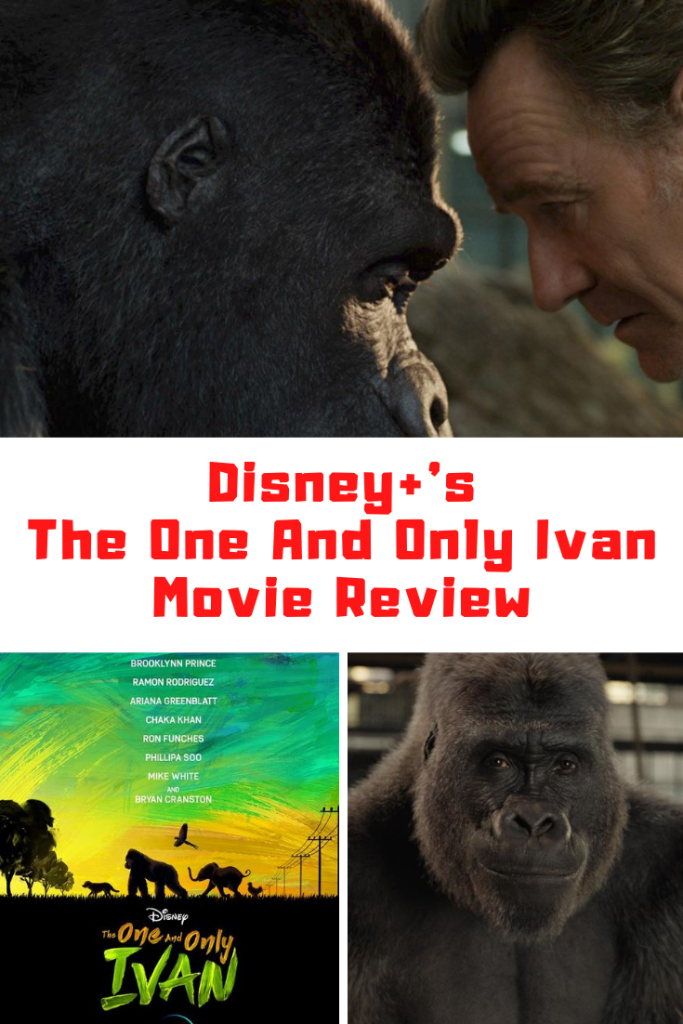