Netflix’s Wizards Tales Of Arcadia is back with its third and final season. It’s filled with battles, magic & friendship — with a great message of friendship and consequences. 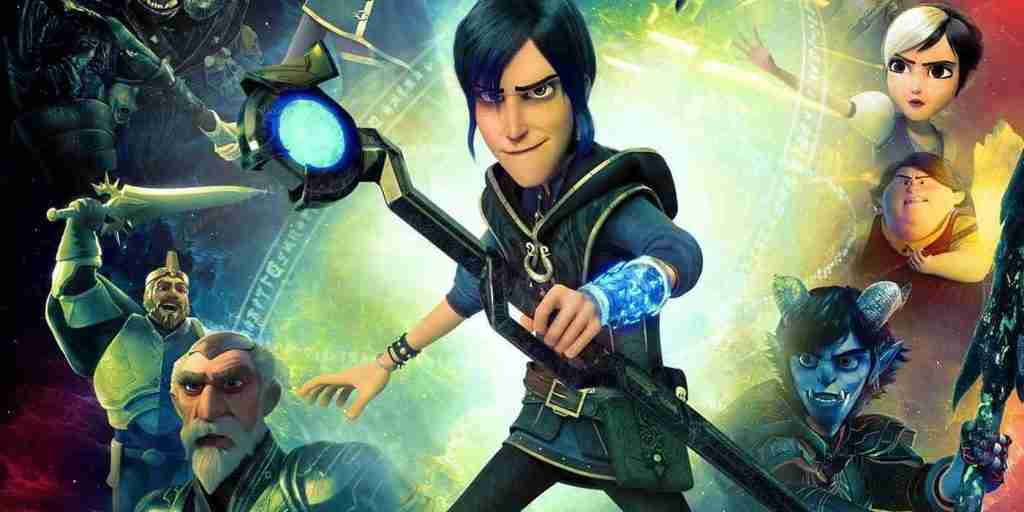 Netflix’s Wizard: Tales of Aracadia is the third and final tale of the trilogy which began with Trollshunters and continued with 3Below.  Fans will be delighted with Wizards, as it is beautifully animated, the battles are epic, the story is thrilling and the message is powerful. Fans will once again be delighted in Guillermo Del Toro’s brilliant creation!

You may also enjoy this list of 65+ Wizards Tales of Arcadia quotes.

Check out my interview with Colin O’Donoghue & Marc Guggenheim

Wizard’s main character Douxie (voiced by Colin O’Donoghue and who was a minor character in both Trollhunters and 3Below) is revealed to be a wizard and also the apprentice to the greatest wizard of all time, Merlin. He has spent 900 years wiping the great Merlin’s floors, and when presented with the opportunity to save the world, he jumps at it as he has always waited for a chance to prove himself and his wizard worth. With his friends by his side, Douxie heads off to the floating castle in the sky called Camelot. We have heard of Camelot before but this new and original twist on Camelot is fun and intriguing. 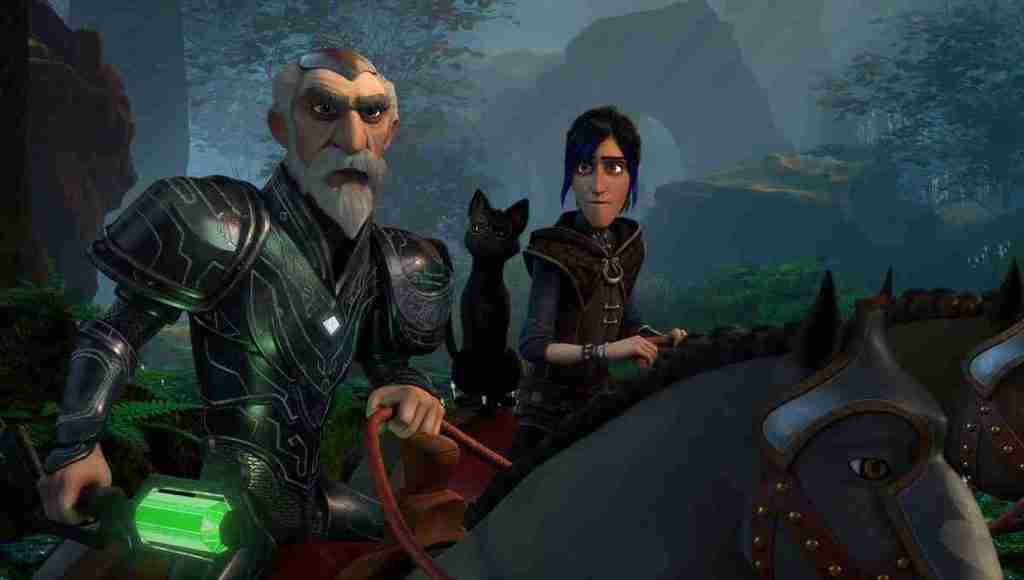 During the battle, something happens and our heroes are thrusted back in time, into the 12th century Camelot time to be exact and there they must join forces with Kng Arthur to take down the Morgana.  To make matters even more difficult, they must not do anything to alter history but this becomes tricky when magic and two Douxies are adding into the mix.

This series refuses to play it safe, many of the characters have to make hard decisions and live with the consequences of those decisions, resulting in both good and bad outcomes.  This is a very powerful lesson kids of all ages must endure at some point in their lives, preferrably sooner rather than later.

“History won’t remember me. Stories won’t be told about me but I won’t let that stop me from fighting for what is right.”

And as the characters struggle to make these important decisions, they are also torn between what they believe they should do and also the “right” thing to do.  This is shown many times through the series, we first see it with Douxie has to make the choice of fixing a broken Excalibur or setting a monster free. Can you guess which he chooses? 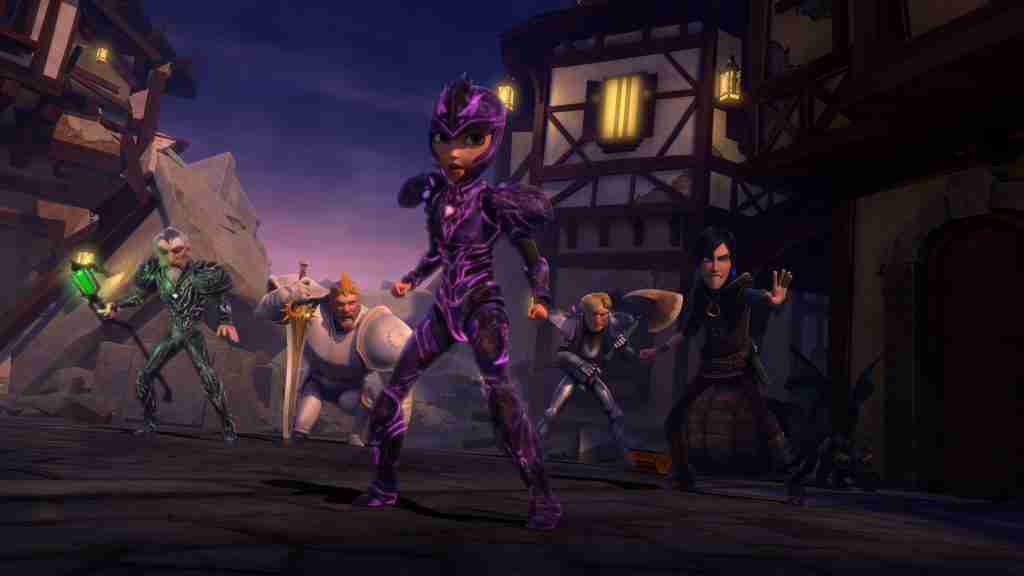 I am always about that girl power pride, as I have seen the “woman in distress” way too often growing up.  So when I can introduce my daughter to a series which revels in strong women saving then day, I jump at the chance!  We have seen Claire in the previous installments, and she is once again back in Wizards, as not only a good friend but also a force to be reckoned with.  We are also introduced to a new female character, Callista.  We see the development of Callista from being unsure and insecure to being… well, I don’t want to give too much away but I assure you, you will enjoy her character!

Netflix’s Wizards: Tale of Arcadia is fresh, fun, thrilling, beautifully crafted and delivers a great message we all can learn from. With each episode runing about 25 minutes, it is an easy binge-worthy series to watch with the kids.  While it is dark and has serious themes at time, it is also filled with humor and the writers really focused on use of language.  You won’t hear and sort of curse words in this series, at most you will get a “Fuzz Bucket” here and there and my favorite, fart jokes! 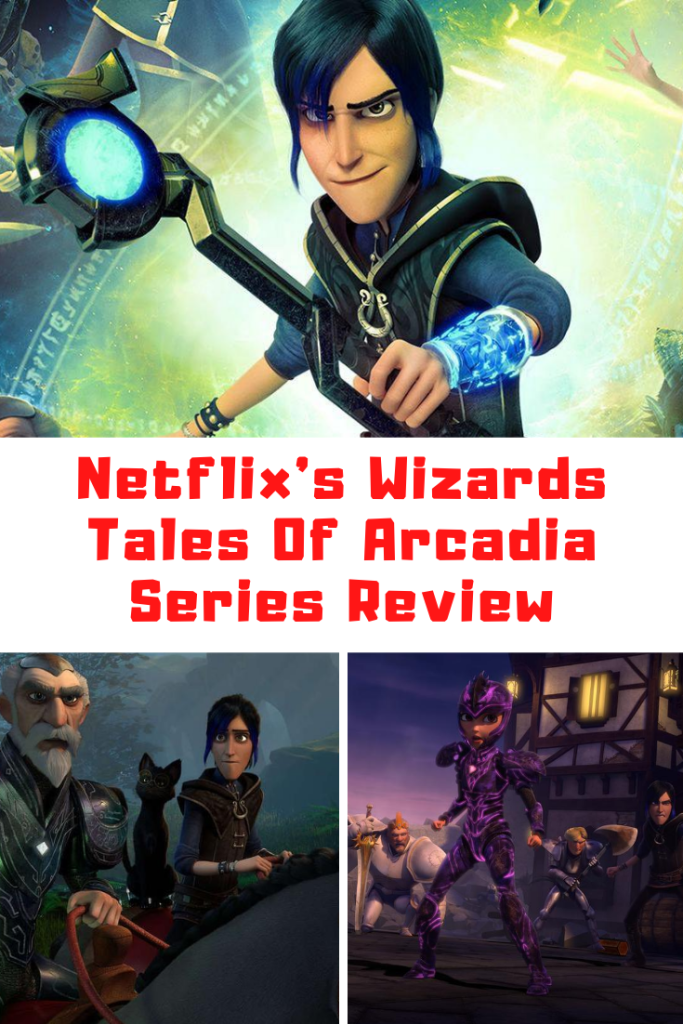