AppleTV+ new series Ted Lasso is a breath of fresh air!  It’s clever, heartfelt, genuine and wickedly funny. The writing is exceptional, delivering a mixture of heart and wit with each episode. Jason Sudeikis’ impressive performance shows his wide acting range and it’s a joy to witness. Check out my series review. 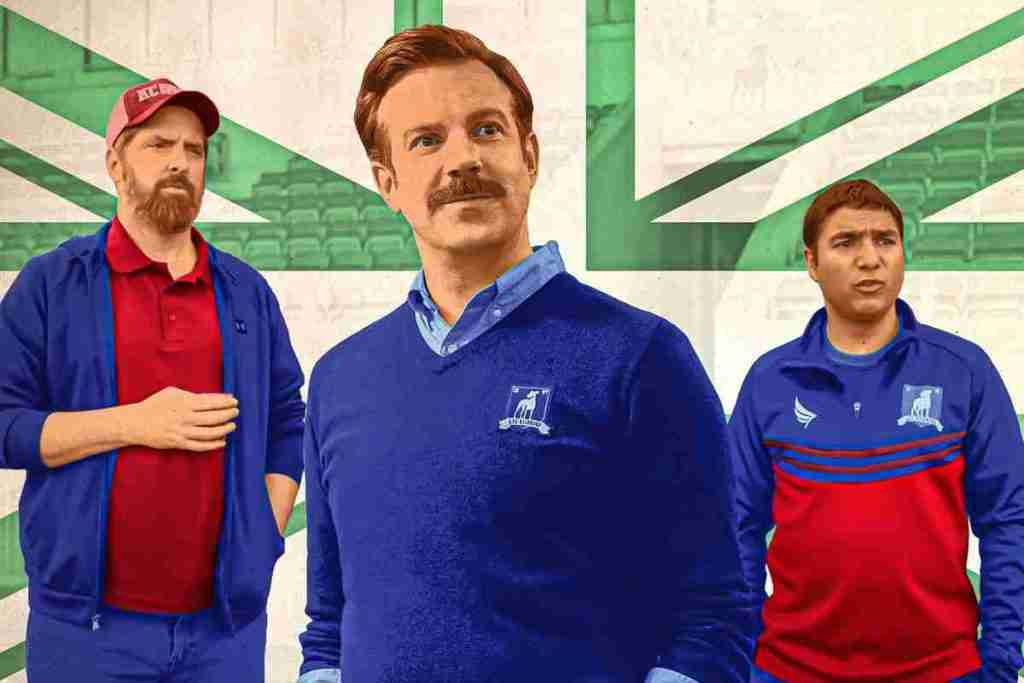 About the only thing we can all agree on these days, is that our world looks pretty bleak.  2020 has not been kind. First we were brought Covid, followed by social unrest, fires burning half the country and a looming Presidental race which has already gotten nasty.  Our normal escapes, such as vacations and social gatherings, have been put on hold due to the virus. There just doesn’t seem to be much to look forward to, but as Ted Lasso would say, “I believe in hope. I believe in believe.”  And I believe AppleTV+ new series, Ted Lasso will put a smile back on faces and give us all a little hope in humanity once again.

The character Ted Lasso originated back in 2013 and 2014, when a series of viral NBC promos were released after they acquired the rights to the English Premier League.  The promo videos gained more than 20 million views on YouTube and depicted an American football coach, Ted Lasso, being hired as the new manager of Tottenham Hotspur’s.  So, how can a few promos turn into one of the best series on TV right now? The combination of Showrunner Bill Lawrence (Scrubs, Cougar Town), exceptional writing and a phenominal cast is how!

The plot is simple.  Ted Lasso (Jason Sudeikis) is an American football coach hired to manage a mediocre soccer team (known as football to all the non-Americans).  There is one problem, however, Lasso doesn’t know a thing about soccer.  His extent of soccer knowledge is made evident when he calls the goalie “The fellow with the big mouse hands by the net.”  This lack of soccer knowledge doesn’t deter club-owner Rebecca (Hannah Waddingham), who hired Lasso in hopes of destroying the team in an act of revenge on her cheating ex-husband, who’s pride and joy is the soccer club.  There is one big problem in Rebecca’s plans, Ted Lasso is essentially the Ned Flanders of coaching and his unconventional ways of coaching are proving to be exactly what Rebecca and the team needs. 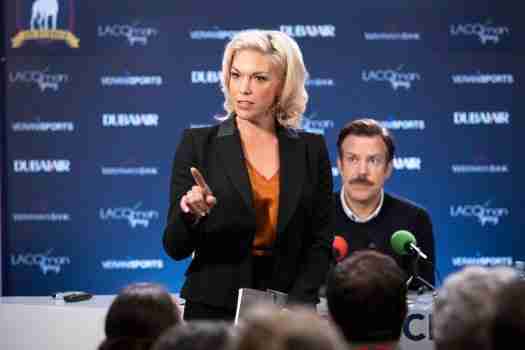 The Acting, The Writing, Oh My!

This series can very easily boarder on “too much cheesiness”. An example of this over-the-top slap stick comedy is shown in scenes, like the first time Lasso has shredded wheat cereal, pouring out one huge shredded wheat from the box.  Or the constant diss on tea, calling it “garbage water.” But it is this comedy, along with the complexity given to each individual character in the series, which credits to its success.  Ted Lasso is extremely well written and gives viewers a glimpse of humanity in even the most hated characters.  And while Ted Lasso is a titular character himself, Sudeikis does an exceptional job revealing the many complex layers which makes him one of the most loved characters since Mr. Roger’s himself.

If I have one complaint with Ted Lasso, it would be the language and the many, many F-bombs.  The series offers viewers so many laughs, great advice and pure heartfelt humanity, it’s a shame viewers of all ages aren’t able to enjoy it because we ALL could use a little beacon of hope.  And that is exactly what Ted Lasso is, a beacon of hope in these very dark times. He reminds us of the power of kindness and the impact one kind person can have on those around them. And while a silly series doesn’t take away from the dark times we are facing these days, Ted Lasso does remind of the silver lining. 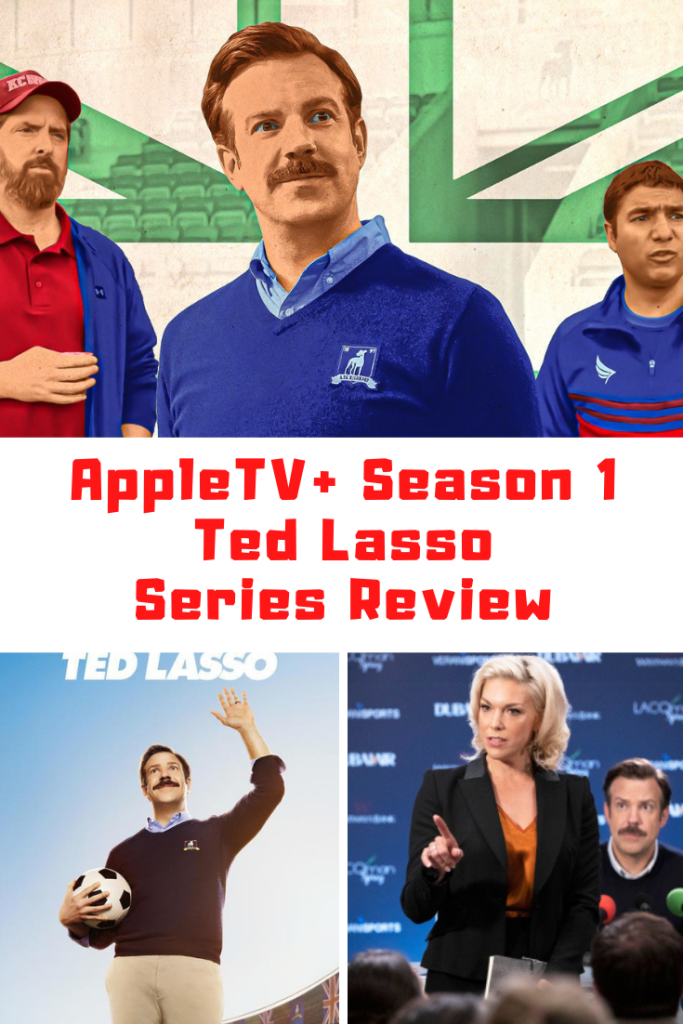