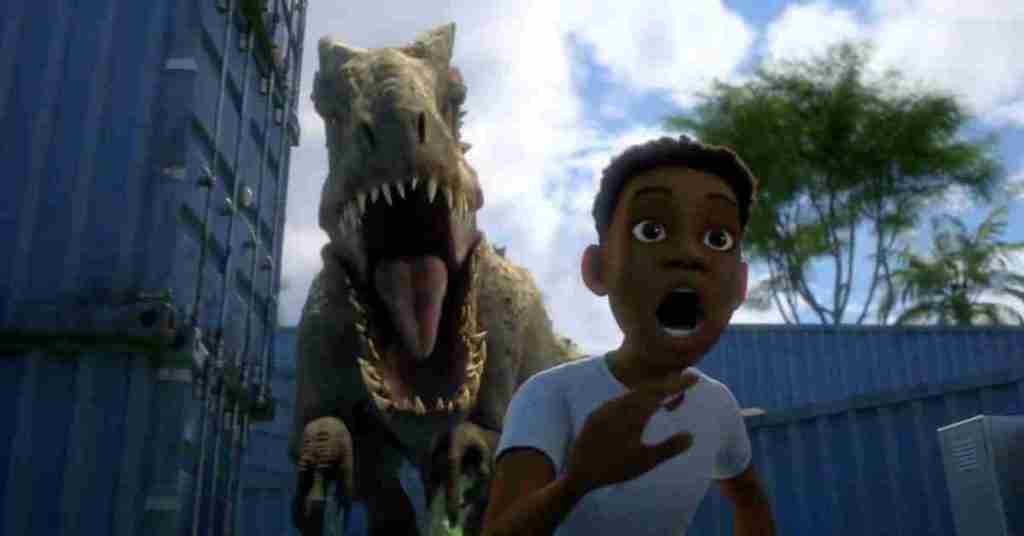 Netflix dropped a new animated series last week, Jurassic World Camp Cretaceous and I had the opportunity to interview some of the voice talent, which included Jameela Jamil, Paul-Mikel Williams and Glen Powell.  The series is backed by some of the franchise’s icons, including Steven Spielberg.  Spielberg is considered the one of the founding pioneers of the New Hollywood era and is always at the helm of sending important messages of inclusion through his work.  In my interview with the cast, we discuss these issues including diversity and gender roles.

Jameela Jamil is best known for her role as Tahani in The Good Place, she even hosts the Game Show Network’s The Misery Index. She has one of those voices which is recognizable right away, so when I first heard her speak in Jurassic World Camp Cretaceous, I knew it was her right away!  Which of course, I had to ask her if that was the reason she was scouted for the role as Roxie in the series, “I was scouted, maybe, because I come across as quite bossy, in real life.“

That bossiness may have paid off! As the cast discussed, this series is more than just a fun dinosaur series for kids, in its own underlying way, it breaks barriers with underlying tones of gender role reversals and diversity.  Jameela’s character Roxie is no damsel in distress, like we see many females in these sorts of actionesque roles.  She takes charge, she is in control, she has her sh*t together as Jameela said, “When it comes to my character, with Roxie and Dave. Often, in an action film or any film in general, it is the man being super practical and in control. And the woman is a bit more all over the place and usually doesn’t have her sh*t together. What I really liked about this was that role reversal. She’s the one keeping Dave in check.”

This is nothing new to a Spielberg project, he continues to push boundaries in his own way and we see that in this series.  It’s one of the things we love about him, an aspect we love about his films and the cast feels the same way. “Role reversals and just so many cliches dodges, as far as ethnicity and gender, thats what I love about this show.”, Paul-Mikel Williams proclaims.  And so do we, so do we.