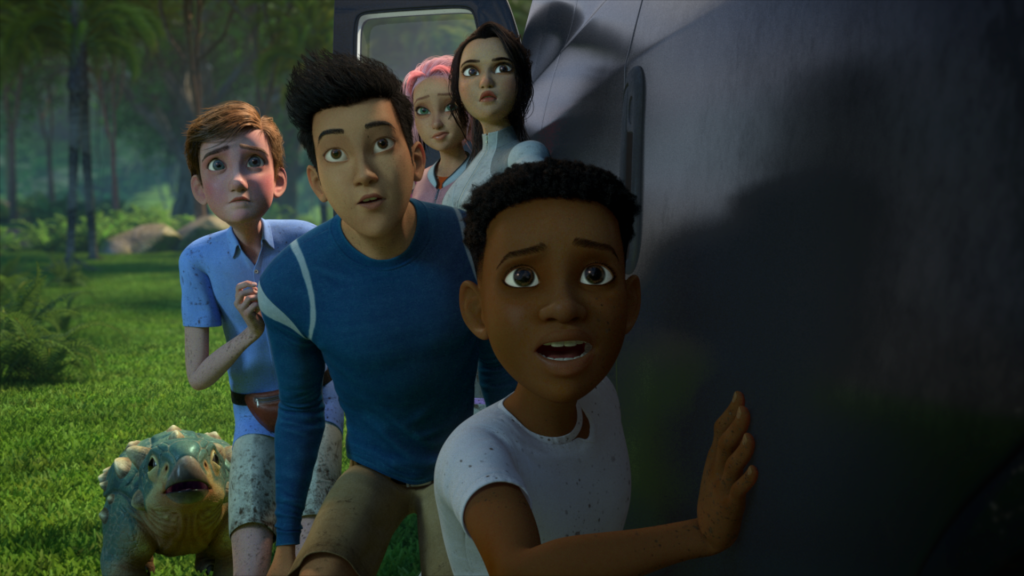 Originally they were going to try to set a piece in Camp Cretaceous at the water park from Jurassic World but production limitations wouldn’t allow it so they pivoted to the underwater caves. 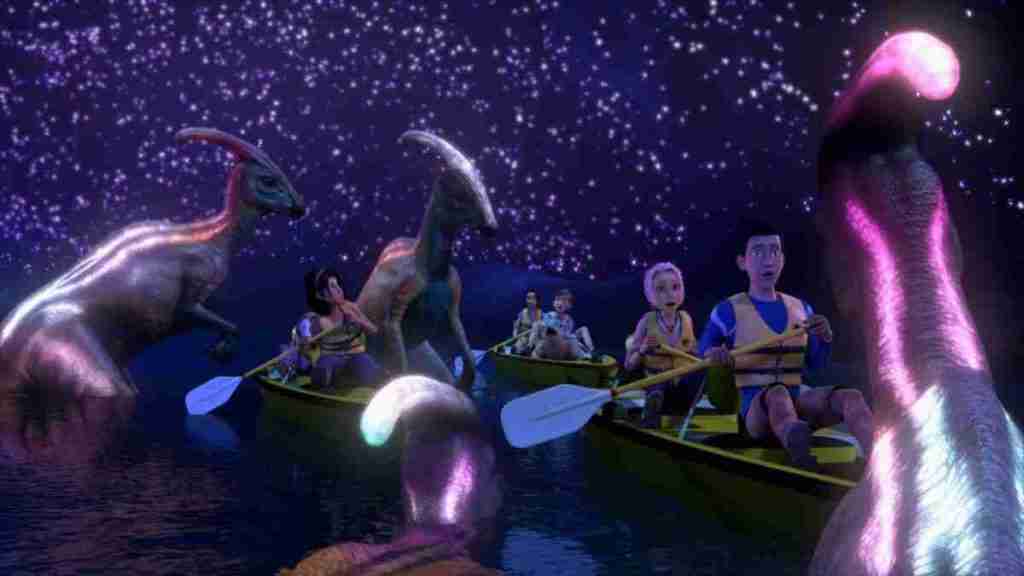 The scene when they are in the kayaks while exploring the underwater cave is taken from the Jurassic World movie. In the background in a shot in Jurassic World, you see people on a kayak ride with a bunch of Apatosaurus’ on the shore.

The gyrospheres featured in Jurassic World is used by campers to help herds of dinosaurs migrate from one side of the park to the other.  They even come upon a crashed gyrosphere, that was a scene from Jurassic World.

Sammy Gutierrez, who turns out to be a spy, actually mirrors Denis Nedry’s character in Jurassic Park. She even sports a very similar shirt with the same pink flower and leaf pattern as Nedry.

The raptor ‘Blue” makes two appearances in the series.  When Kenji and Darius escape a velociraptor paddock.  As they’re being pulled from the gates, you see a quick appearance of Blue. She also makes an appearance at the end of the series before the credits roll. 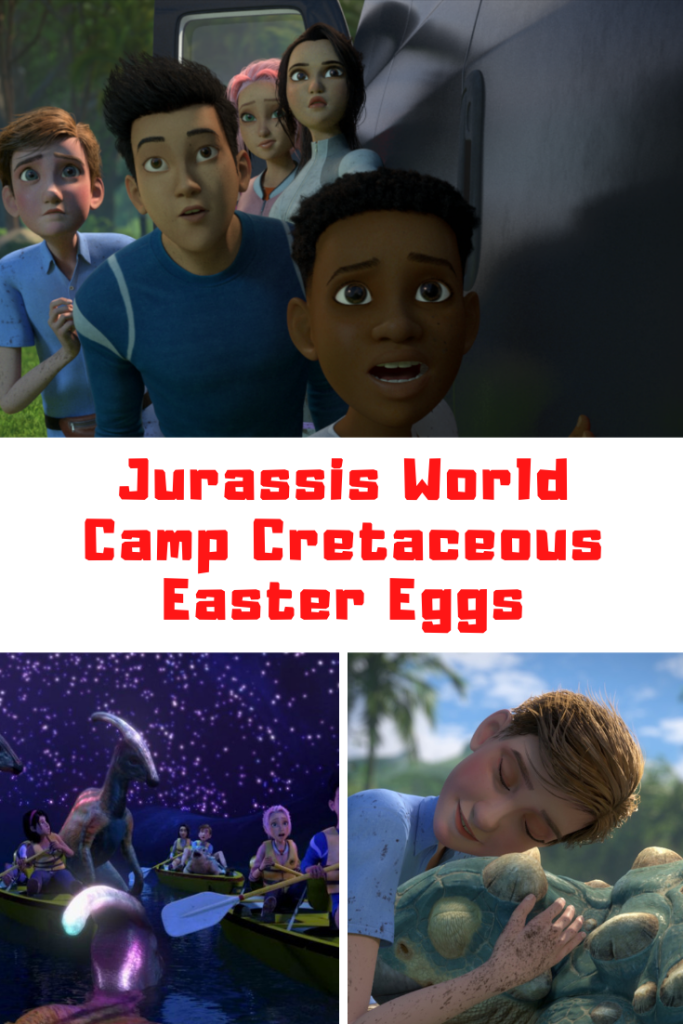