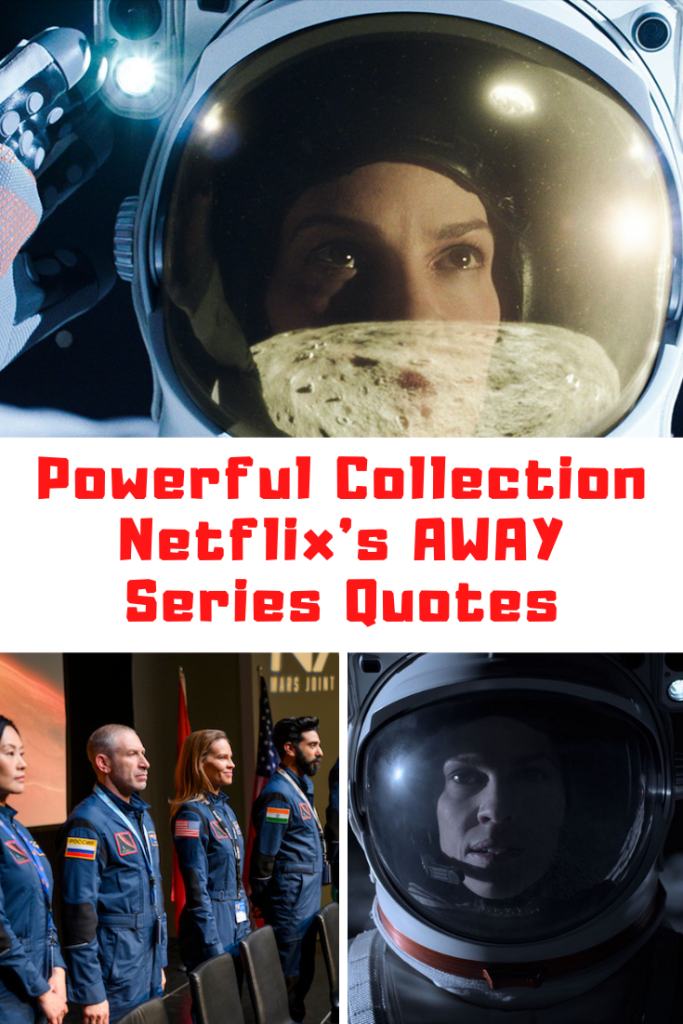 There is a new series I am obessed over call Netflix Away!  I have to warn you, the series had me in tears and not only had such a powerful message but some powerful quotes to boot with it! And yes, it comes as no surprised that I jotted down a bunch of my favorites.  It may take you awhile to watch because the series consists of 10 episoes at 45 minutes each but I assure you, it is worth the watch.  So, check out my list of these powerful collection of Netflix Away quotes from the series!

And if you enjoyed these Netflix Away quotes, then you may also like these posts: The Devil All The Time movie quotes, The Babysitter Killer Queen quotes, Enola Holmes quotes, Amazon The Boys season 2 quotes, TENET quotes, Mulan 2020 quotes, Bill And Ted Face The Music quotes, The New Mutants quotes.

It’s natural to second guess your response to a crisis.

We’ve all trained together for two years, and I have absolute confidence in every member of this crew.

My husband has been in this with me every step of the way. We both trained to be astronauts, and if it were not for health reasons, he might be the one going up. Instead, as chief engineer of our rocket, he’ll be with us in Mission Control.

Why should we care more about Mars than we do our own planet?

Of course we should care about social imperatives. But in the US alone, we spend a trillion dollars each year on the military, and mostly in case the countries represented here decide to blow each other off the face of the Earth. This mission, it cost a fraction of that, as we work together, repurposing those same tools of destruction for discovery.

Reaching Mars might prove to be the greatest achievement. Not only for science but for the future of our planet.

There is always a chance, that I don’t make it.

So just remember, the further away i get, I’m actually just getting closer to being back to you.

Every mission have a screw up Darlene, we just got ours out of the way early.

Being a gas station on the Moon is not as cool as going to Mars, but when you’re a lowly backup, you do what you can.

She froze. As simple as that.

Mom, I need you here.

You just have to do this for the both of us, okay?

The only thing I’ve ever known for sure in my life is that I wanted to be on the first mission to Mars.

Fire is the sum of all fears in space.

He said he needs you to do your job. He says, this is who you are and that someday I’m gonna be who I’m gonna be.

This is Commander Emma Green, here on the Moon, which is obvious. But there are so many others who can’t be here, at home and around the world. It’s because of their work and sacrifices that we are standing here today. Getting to Mars might be the hardest thing that humankind has ever tried. It requires the best of us, from all of us. And maybe it’s not our nature to work together. But the future demands otherwise. And we will come together now in pursuit of a dream that was once thought to be impossible. And if we can do this, we can do anything. We’ve been grimly reminded of the extraordinary challenges that await us. But we will reach the surface of mars. And we will return home.

It’s just you and Misha out there. Plans don’t matter. Mission Control doesn’t matter. You gotta work together. You know what’s right. And you keep looking ahead, find that next hold.

This is your area of expertise. If you have a plan, I’ll follow it.

I asked spirit of my wife to watch out for us when we’re out there.

You may have to let them go, ya know. Your family.

It’s about resilience. It’s not about conquering space, it’s about enduring it.

You know why I always admired you, Lu? Before you, I never met my equal in space. Where I failed as husband and father, you were better.At least that’s wha I thought. No. I will not help you cheat your husband. I know exactly who you wish to speak with privately.

Women hold up half the sky.

They think I may never walk again. 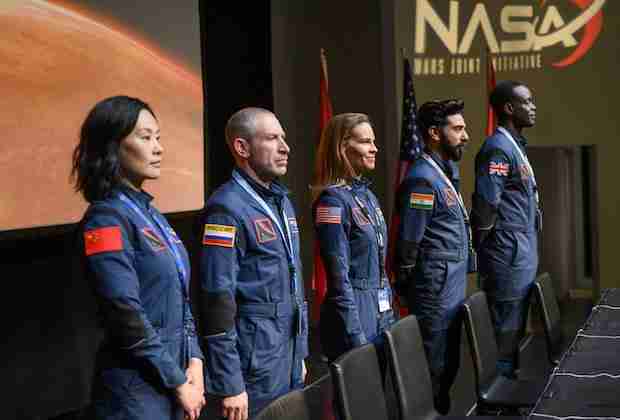 Someone always cracks up in space. I would put my money you would be the first.

In 48 hours, if it doesn;t break, you have to put me in the airlock.

He acts like this sensitive playboy Casanova, but he’s stronger than he seems.

This is a system Matt, and you have to learn how to work the system.

You’re halfway there. The second half of the journey will get harder. The physical toll, the emotional toll…

In zero gravity, certain parts of our body may come off in atrophy.

I don’t see a ramp or a hospital bed. I see the home we bought to raise our daughter in. And I see the man that I’m in love with. The man I’m so proud to be married to. I see my best friend.

I love you and I am so scared you are leaving me. And I am also mad. Why did you have to do this? Why couldn’t you just be my mom? I know it’s selfish but I want you to be here all the time, like Melissa.

We’re going to be the first human being to set foot on Mars. I look that way. You’re looking in the wrong direction, Commander Green.

Why does this family get to have a god? But my family did not.

Our lives are in your hands now.

You don’t know the first thing about my faith. And our commander issued you an order. Stand down.

The least destructive thing I can do is cry.

That plant is our future.

It’s Eart, and you couldn’t let it go, or accept the fact that for the next three years of this mission, Matt is there for Alexis, and you can’t be.

Maybe having a kid will make you an even better Astronaut.

You made it very clear that you didn’t want to be here. That you only wish you were home.

If Pegasus really is lost, we know the contingency. We land on Mars, and we live on the Atlas until the next freighter arrives.

I would rather she die a hero on Mars than return home a coward.

On one hand, I am sure you are scared out of your mind. On the other, I know you can see Mars right outside your window.

I didn’t come here to fail.

Eyes are not the only way to see.It’s not about faith in God. It’s about having faith in each other.

If this one plantmakes it all the way to Mars, would that help you to grow your garden there?

I’m not dead. I don’t want her thinking about the possibility that I… or hanging out with some boy who’s gonna make her think about that.

She’s under the same stress as all of us. Trust me, she can handle it.

I think I know why our plant has survived.

When I thought we were gonna die, when I thought there were no other options left, all I wanted was to be home with you and Lex. I failed, Matt.

You’ve shown the world this is possible.

I know you think you are less than you use to be, but I do not.

Where is the woman who stood on the Moon and asked the whole world to believe in impossible things? Who leapt off the side of a spaceship with nothing to cling to but hope? Who went into her crewmate’s room when he was sick,  and stood outside of my door and told me it was okay to love?

Hope has never been my North Star. Honor, discipline, duty. Never hope. Until I met you. I don’t want to die. But I’m willing to die for hope.

Hope made us the people we are.  People who can chart voyages to the Moon and walk admidst the stars. People who might inspire others to cure cancer and CCM and end wars and all the other things we wish we could change in this crazy, crazy world. Because the thought, the mere possiblity, the hope that we might succeed is enough for us to keep trying.

We’re not coming home yet. We will soon. But first, we’re going to Mars.

I guess that is the one good thing about not letting people get too close to you. You can not destroy anyone if you die.

I can not think of any better Astronaut to take my place.

I use to think that if my life ended in sacrifice for something great, something bigger than myself, for my country, science, history, it would be the epitome of a life well-lived.

Ten hours from now, we are going to be standing on Mars.

I want Mei to be reinstated to Mission Control.

We are landing on Mars with a hole in the ship.

Our lives are not your responsiblity. 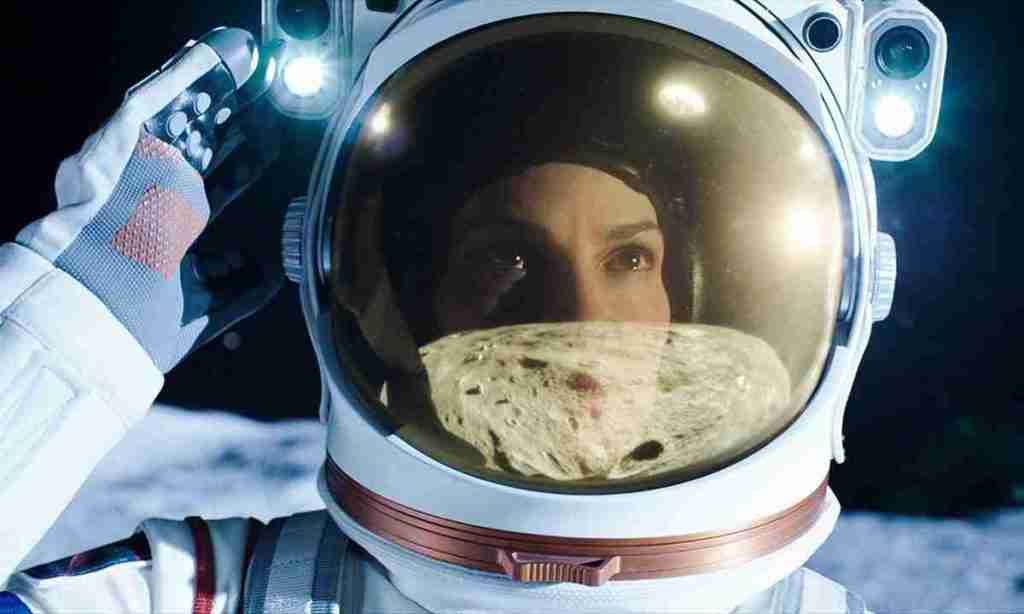 Lord God, we thank you for bringing the five of us together and we humbly ask that you deliver us safely home. Carry us now through this crucible of fire so that we may show the world that there is a better world, a world beyond division and confusion and fear. Let us discover a world beyond fear. Amen.

Please tell me, that is what I think that is.

We are going to prove, that life has grown here before.