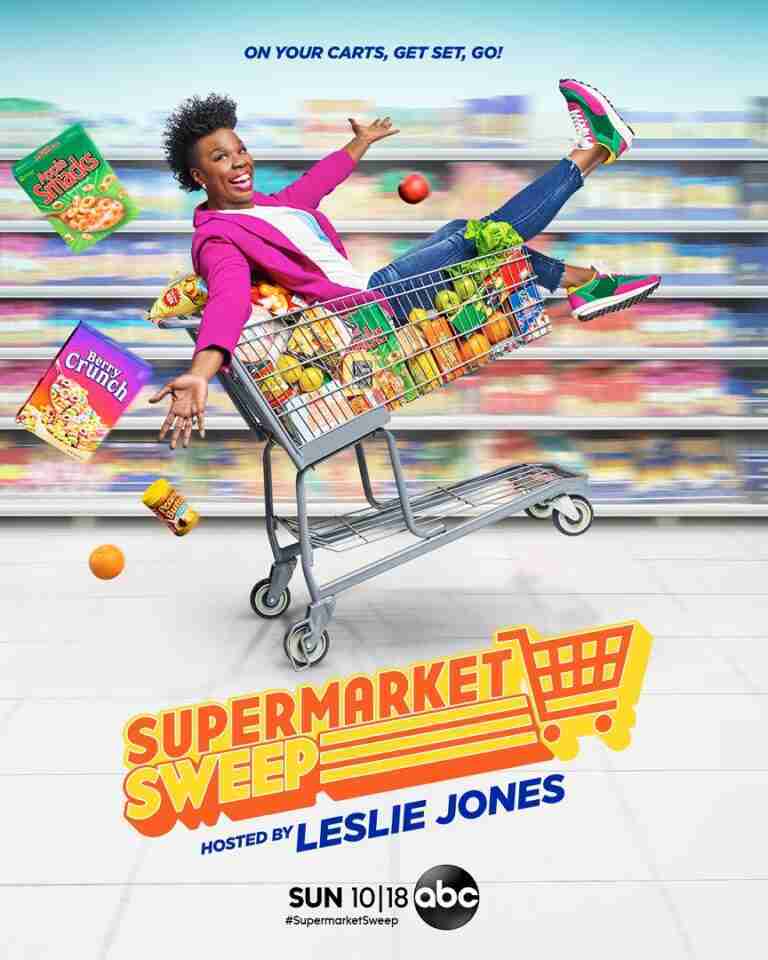 I use to watch Supermarket Sweep on GSN loyally back in the day, it was always one of those shows I’ve wanted to try out for and of course, win the big sweep! I was ecstatic when Netflix picked up the show of old reruns to stream, but there are only a handful, and I may or may not have watched them 10 or more times. When I found out there is going to be a Supermarket Sweep reboot with the hilarious Leslie Jones, well you can imagine how excited I was. And guess what, it airs TONIGHT October 18th on ABC 8|7c.

Earlier this week, I interviewed Supermarket Sweep reboot host Leslie Jones, who also Executive Producer of the show along with Alycia Rossiter, and Co-Executive Producer Lenny Marcus.  I got all the details on the new show, what has changed and stayed the same and what it was like to film the show during a pandemic!  Check out all the inside details.

Supermarket Sweep Reboot – What Changed And What Stayed The Same

The first thing I noticed about the new Supermarket Sweep reboot was the change in prizes!  Fans remember the ‘Big Sweep’ can bring contestants a grand prize of $5000 BUT the reboot is really bringing it with a grand prize of $100,000.  Whaaaaat, that is a huge difference!  Leslie Jones even comments, “It’s definitely upgraded on the money factor.” There are other chances to win big prizes, such as $50,000 & $75,000, during the show. With these kinds of prizes, the contestants are definitely going to go all out! 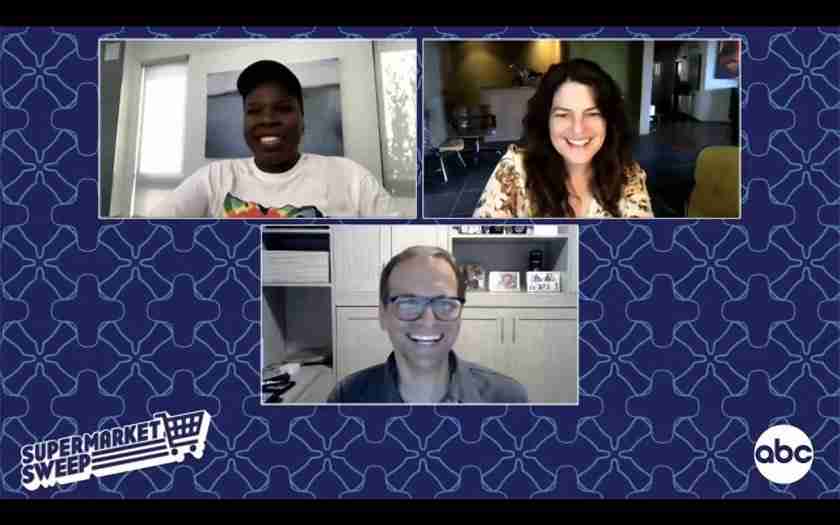 And while we will still see contestants in those ugly sweatshirts that we can not help but love, this reboot with have a little twist and flare to the Supermarket Sweep uniform. Contestants were able to add a little of their personality to the shirt design and customize their own with the help of the wardrobe stylist, of course!
“You get to see their personality when they come out to do the big sweep! Fireman who have suspenders, we got tassels, and we have cheerleading suits… You’re like, they did all of that with a sweatshirt? That is so crazy and insane and fun!” –Leslie Jones

Supermarket Sweep – Is The Food Real?

One of the big questions from the original Supermarket Sweep, was the question of the food used on the show being real or not.  Old host David Ruprecht had once confirmed that most of the food used was fake, “Everything that was meat, cheese — all that was fake because they’d get the meat juices on their sweaters.”  It had also been reported by contestants in earlier episodes of the show, that much or the food was real and was kept the entire filming season, this led to many complaining about some rancid and rotting smells, so this may be the reason as the show went on, they went toward many of the foods being fake.

While discussing the new Supermarket Sweep reboot with Leslie Jones, she did not confirm all of the food used during the show was real but she did share a lot of the food was real and they donated to food banks before it reached its expiration date. 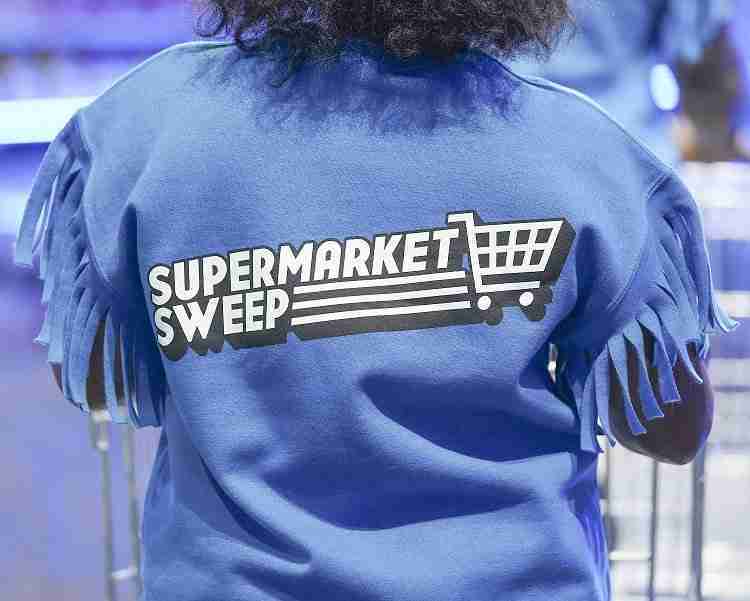 Filming Supermarket Sweep During The Pandemic

The way I first heard Supermarket Sweep was filming a reboot, I saw a post about a casting call for the show, They were looking for “Essential Workers” to honor.  I thought it was a cool concept to have these workers as contestants for their dedication during the pandemic and what better people to have on but some of the essential grocery store workers!  It also raised the question for me, how exactly were they able to pull off the filming of this game show during the pandemic?

We put a whole crew who wasn’t working for months, to work. We had a compliance team that was not joking, they were not playing. If you were near me, you had on a shield and a mask. We got tested constantly – they went above and beyond. Yes, it made the days longer shoots but nobody got sick and everyone was working. I’m proud of that. –Leslie Jones 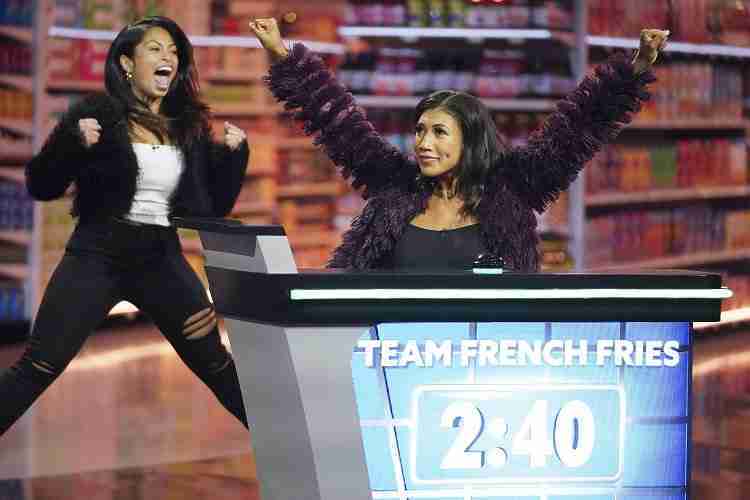 One of the tidbits I was curious about as a fan of the show, was how to become a contestant on the show, What sort of people are they looking for when casting for Supermarket Sweep?  Producers were quick to point out that diversity and representation was the biggest key when casting for the show.  Of course, they are always looking for a big personality but they wanted their show to represent everyone out there watching, they even had Drag Queens as contestants for the reboot!

Supermarket Sweep Reboot How To Apply

Supermarket Sweep is airing tonight, October 18th on ABC 8|7c but that doesn’t mean they still aren’t looking for contestants to apply for future episodes.  They are on the hunt for terrific teams of 2 with big personalities and a passion for all things grocery! Grab your shopping carts America!

Must be a legal U.S. Resident, 18+, to apply. Other eligibility requirements apply. 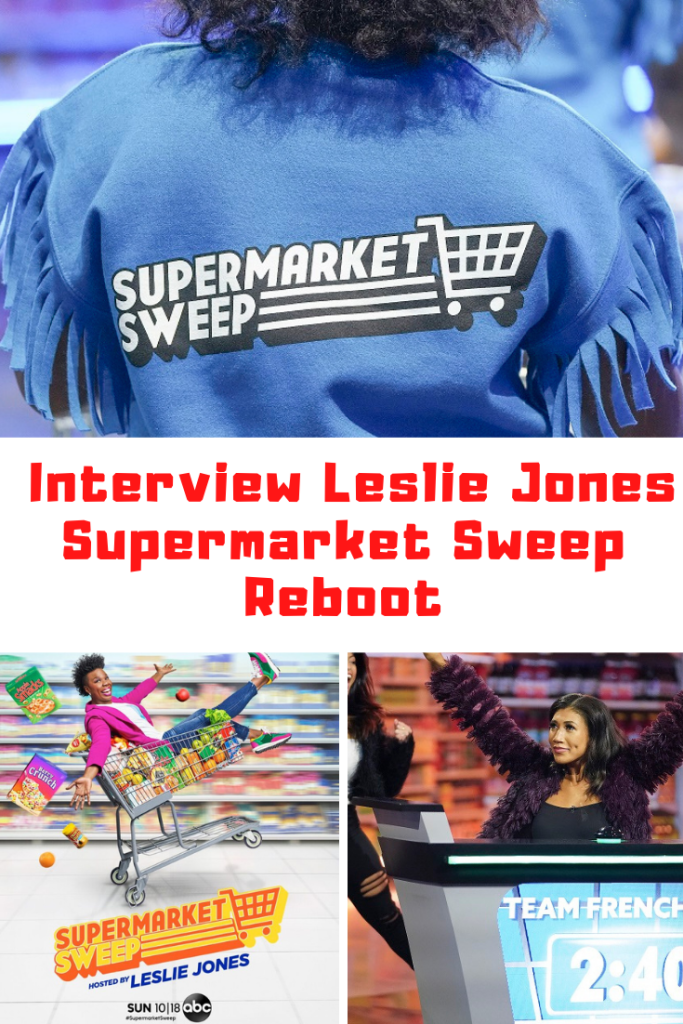