Netflix’s The Trial Of The Chicago 7 is an emotional and powerful courtroom drama, which is reminiscent of issues many are dealing with in today’s world. But is it appropriate for all ages? Check out in this parents guide. 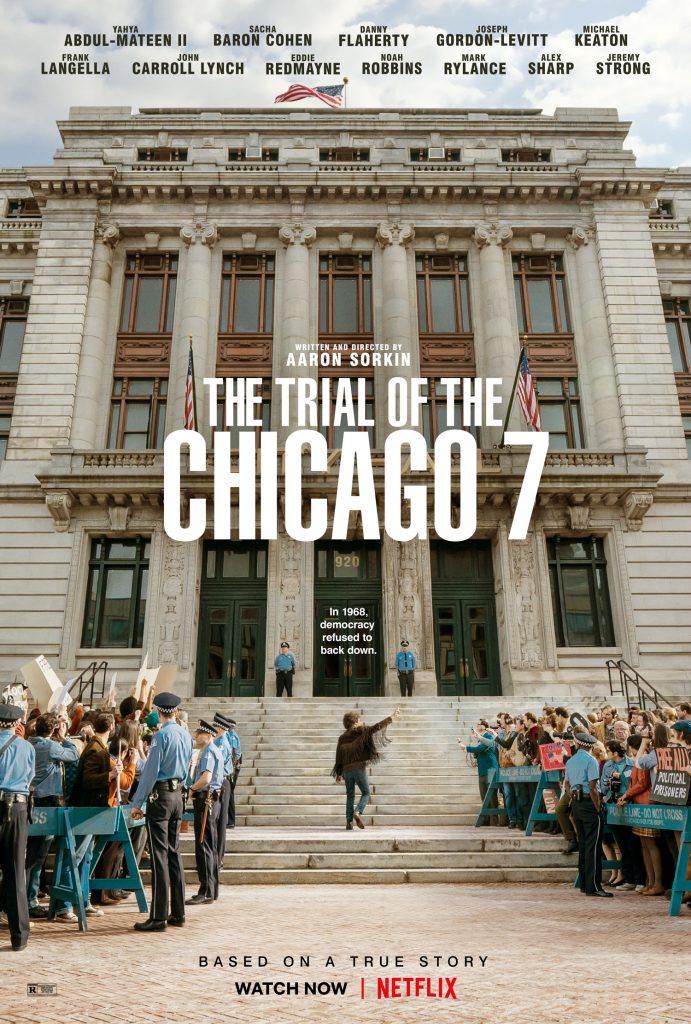 Netflix’s new movie The Trial Of The Chicago 7, depicts the real trial from 1969 trial, in which President Nixon’s federal government charged eight anti-vietnam protestors with inciting a riot at the Democratic National Convention in Chicago.  It seems this movie could not have come at a more appropriate time, as racial injustice and Black Lives Matter protests, have led to violence, riots and have been a central issue this year. This film is very apropo with the times, but is it appropriate for all ages? Let’s find out in my parents guide edition.

The Trial Of The Chicago 7 quotes

The Trial Of The Chicago 7 Parents Guide

“The whole world is watching! The whole world is watching!” is a chant that echos throughout The Trial of The Chicago 7 and one heard loud and clear during the 1968 Democratic Convention in Chicago.  The film begins with some clips from the past, when the draft numbers were increased, to enlist more soldiers into the military, sending them off to the Vietnam War.  Riots occured, resulting in the famous trial.  Most of the movie thereafter takes place in the courtroom, a sort of documented depiction of the corruption in the case to convict the men accused of inciting the riots.  At times, the film is very uncomfortable to watch, but it is powerful and emotional and has one reflecting on todays world. 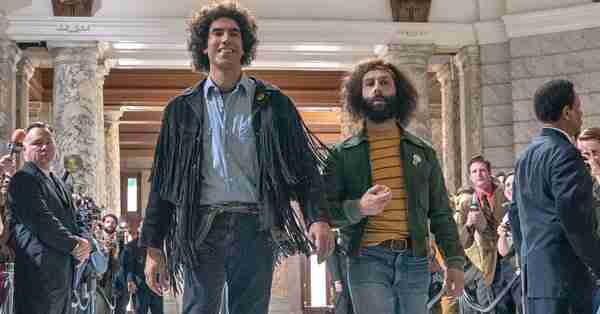 Parents definitely need to know this movie delivers content which is very mature, dealing with hard issues such as police violence and powers of authority inflicting injustice. There was a specific scene which sticks out, when a black man (Bobby Seale) continued to speak up in court, so he was taken into a room and beaten by the court Marshalls. Basically the sort of violence you will see in this movie, you can see the same if you turn on the news today. The bulk of the movie takes place in a courtroom, and as an adult at times I felt myself drifting from the story due to the wordy script. This heavy dialogue is needed in the story but would definitely lose the interest of young ones and teens/preteens.

The biggest flags for parents concerning this film is the language.  Right off the bat, there was a plethora of curse words including the F-word (spoken many times), the S-word, a** and some damns here and there.  There were also some sexual type scenes, which may heed a bit of warning.

The Trial Of The Chicago 7’s Writer/Director Sorkin, who wrote The West Wing, is no stranger to political stories and he delivers a captivating account of this moment in History while guiding brilliant perfomances.  His perfectly placed archived clips of the clash with police in Chicago, interweaving within the story, invokes all the emotions.

The casting of Sasha Baron Cohen, Eddie Redmayne, Joseph Gordon Levit, Mark Rylance and Yahya Absul-Mateen II was the cherry, hot fudge and whip cream on top of this amazing film.  They embodied each of their characters from their accents to even the hippy-ish type of demeanors each gave off. Absul-Mateen in particular gave me chills as Bobby Seale, while his part in the film was short, it was most memorable and envoked all the anger, rage and disgust for the injustice he received.

As I said, this film was not an easy one to watch and it definitely had me uncomfortable at times, which is a testiment to its brilliance.  As the saying goes, if one doesn’t learn History they are doomed to repeat it.  The Trial Of The Chicago 7 gives us a little History lesson of that time and in doing so, opens our eyes to the parallels we are living in now.  It is very clear we are in the midst of turbulent times, and the chant from the 1968 riots ring true now more than ever, “The whole world is watching.” 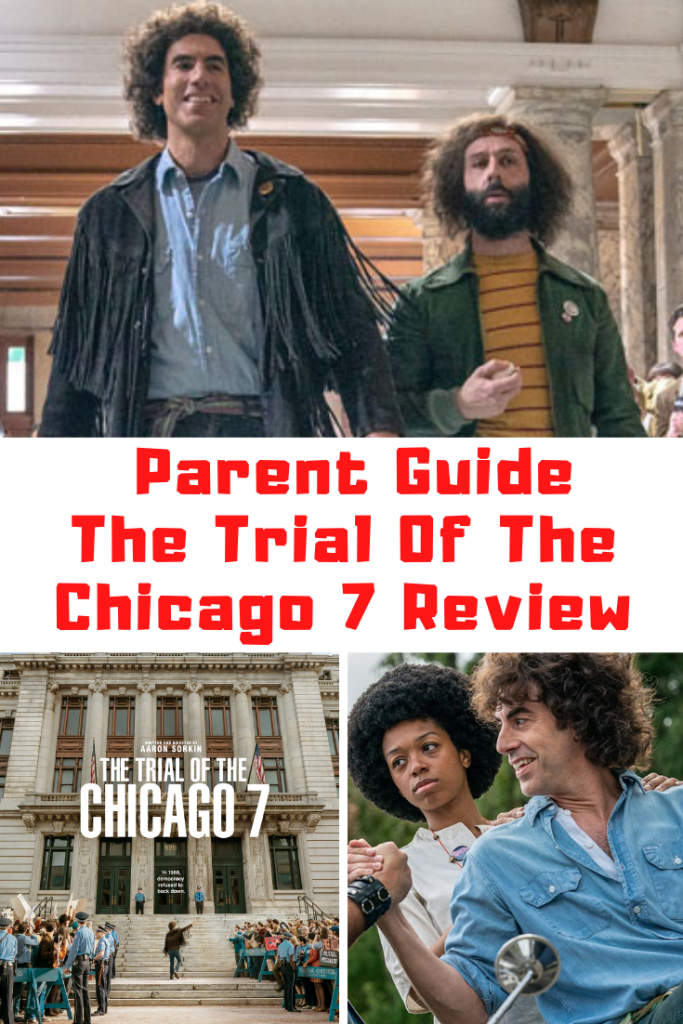