Come Play puts a frightening spin on the effects of loneliness. This horror flick delivers the jump scares with a really good story. Check out my parents guide movie review. 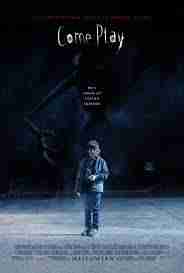 Despite Halloween being over almost a month ago, it seems like the horror film popularity is stronger than ever. And with all these holiday films being released and shoved down our throats, a good scary film is just what some audiences have ordered. Come Play movie is written and directed by newcomer Jacob Chase and seems to be based much off of the 2014 film The Babadook. Is it worth the watch? Check out all the details in my parents guide movie reivew.

Come Play tells the story of Oliver (Azhy Robertson), an autistic boy who is hooked to his phone, using it to communicate with others and also, to watch Spongebob Squarepants, his favorite show. One day a creepy ebook called Misunderstood Monster. mysteriously pops up on Oliver’s device and tells the story of Larry. Larry is some sort of long, slender and totally creepy looking monster who wants a friend, and who will creep through a windows to get one.

After Larry makes an appearance at a sleepover with three of Oliver’s friends, he begins to haunt and terrorize friends and family members in an attempt to kidnap him, to claim Oliver as a friend… forever. 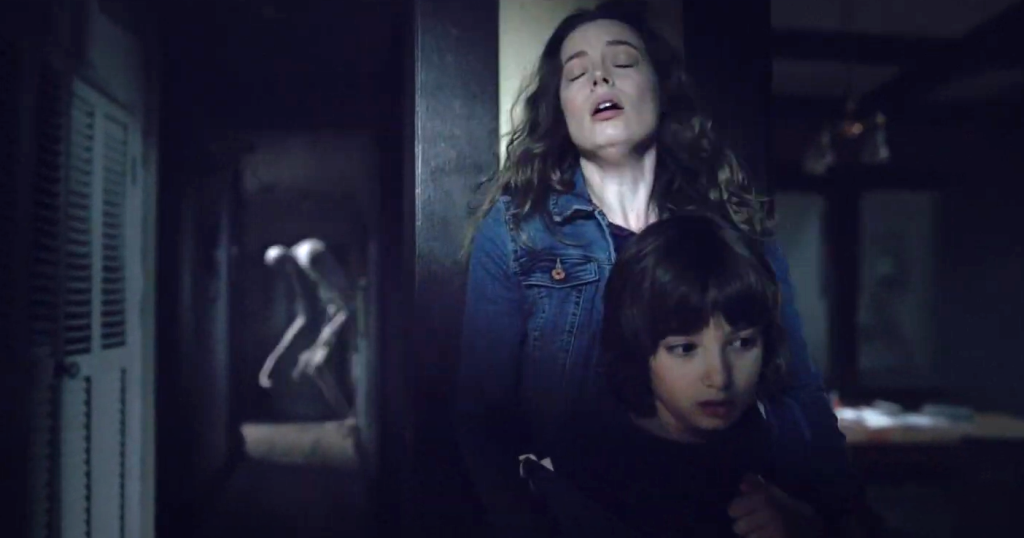 So what are the look-outs parents need to know before letting their kid watch Come Play movie?

Language: The language in Come Play is very mild. Aside from words like hell, boner and freak being used, there is only one scene where we hear the S-word. The S-curse word is used over and over in this particular scene, maybe 4 or 5 times? It was disappointing because the entire movie had such mild language throughout. I believe it could have stayed on that same track if they left out these particular string of S-words because it was just not needed.

Scary Moments: The movie can be quite scary for a younger audience, as you see both children and adults being hunted and haunted by a creepy looking monster. It contains many jump scare scenes and a very frightening monster.

Aside from the above concerns, the only other trigger moments in the film is the fact that Oliver, who is autistic, receives bullying from fellow classmates. All in all if your children love scary movies, I believe this is one they can enjoy without too much adult content.

Come Play is actually a decent horror flick that even younger audiences can enjoy. It is not perfect by any means, but it gives enough creepiness, jump scares and an all around interesting story to keep viewers glued. Azhy Robertson, who we have seen in films such as Marriage Story, does a phenominal job playing Oliver. In fact he did so well, I had to google to find out if he was really autistic. It was only then I recognized him and was blown away by his performance in this movie.

The plot in Come Play definitely has holes. We sometimes see Larry needing light to gain his powers, and there was a scene in which Oliver broke all the light bulbs and we see Larry fizzling out when done so. Yet other scenes in which he can defy this and gain a huge amount of power by just a little cell phone battery. However, these holes did not take away from the movie, as the overall creepy factors and characters is what draws viewers in and keeps them engaged throughout.

The best thing about Come Play is the heartfelt message we are left with, especially in a time when we are forced into isolation because of a pandemic plaguing our world.

The pledge to stay friends. To play together forever, so no one has to be alone. Like Larry.

We can become so addicted to our devices, that we often loose focus of our friends and loved ones around us. This disconnection from the outside world can be isolating. We must never forget to make time to connect with others, because you never know who is suffering from loneliness and needs that connection the most. 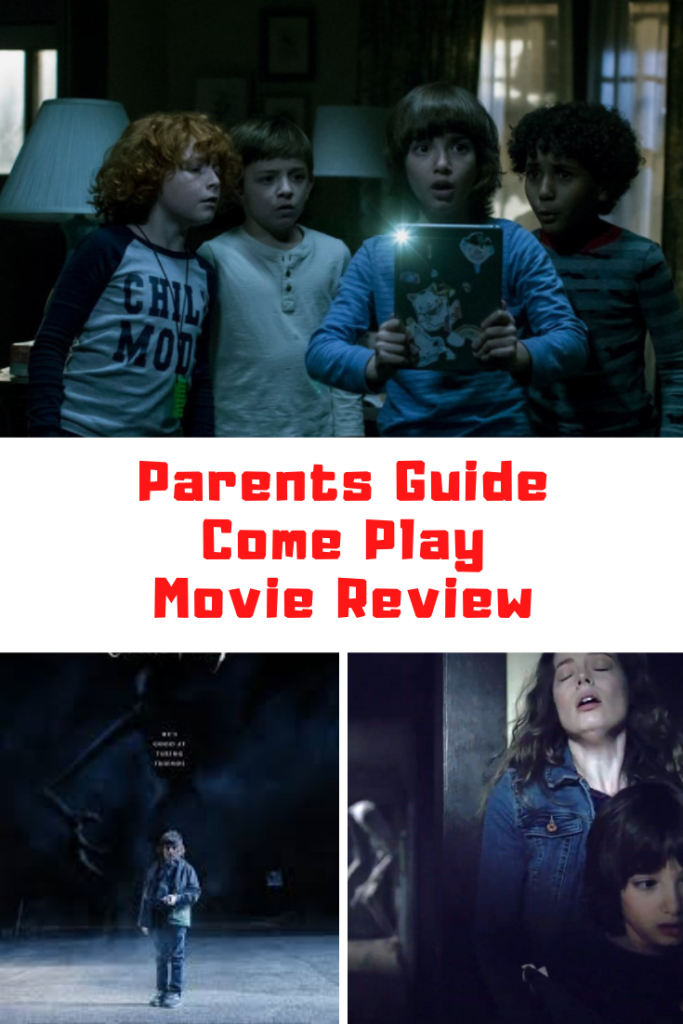