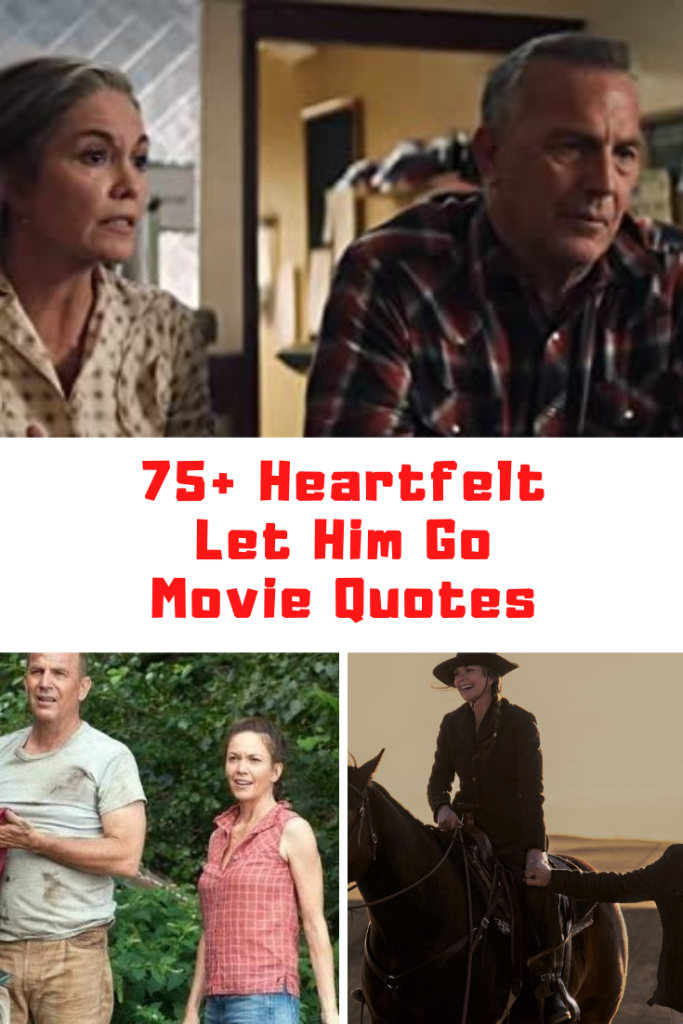 Let Him Go movie is now out in both theaters and available to rent on Premium On Demand. The film stars Kevin Costner and Diane Lane and deals with the loss of a son and their mission to find their grandson. It is definitely one of those feel good movies, which brings many amazing heartfelt quotes with it. Check out these 75+ heartfelt Let Him Go movie quotes!

I see you. – Margaret

I put some chairs on layaway. -Lorna

Headed any place in particular. -George

I’m going to get Jimmy, to bring him home to live with us. -Margaret

Did you see fit to share this with me? -George

Donnie is from somewhere in North Dakota. I’ll find him. -Margaret

I’m not coming back here without him. -Margaret

I don’t need reminding, I know what I’ve lost. -Margaret

I’m turning off the water. I’m not coming home to busted pipes. -George

Happy not to hear a lecture. -George 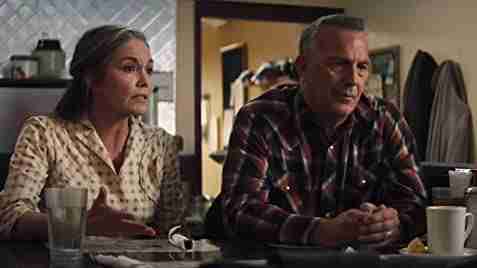 Sometimes that’s all that life is, Margaret. A list of what we lost. -George

So do I get a piece? -George

You’re just used to mine. -Margaret

Happy to not hear a lecture. -George

He’s young and we’re not. -George

What if they go where Greyhound doesn’t? -George

You let it be known you’re looking for a Weboy and they’ll find you.

He found me. -Peter

Maybe the horse belongs to her. -Margaret

We’re looking for our grandson, our boy’s boy. -Margaret

You can say you want him back. I haven’t heard that yet. -Margaret

You strike me as the type of woman men are always asking permission from. -Bill

You don’t have to call me “Sir”, George will do the job. -George

Marry yourself a widow Donnie, you’ll be getting yourself a grateful woman. -Bill

But you didn’t come here to hear me yack. You came to eat! -Blanche

Albert Einstein. I know it was with his hand. -Blanche

You are looking in the mirror enough, you can see where he is. -Margaret

My boy doesn’t have to answer to you. -Blanche

Anyone who knows me knows I can’t be insulted. -Blanche

I’m surprised to hear he gives a damn what we think. He couldn’t be bother to tell us they were leaving. -George 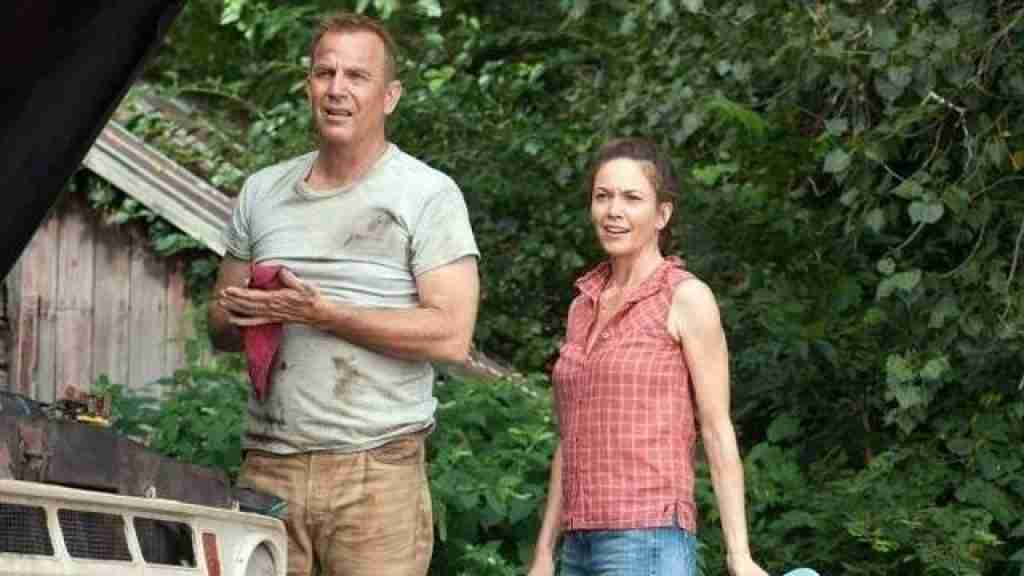 You want me to give Jimmy to you. Give up my son?  -Lorna

We better get some food in our bellies before this get together turns into a real blood feud. -Blanche

Easy now grandma, you know who makes the rules around here? -Bill

Now that you know where to find us, you’ll have to visit more often. -Blanche

I wanted to send her on her way with happy memories. -Blanche

Well, we found you. That’s what is important. -Margaret

I thought you weren’t going to beat around the bush. -Lorna

I don’t think we’ve ever seen eye to eye. -Lorna

I’m sorry. I made you sad. That’s not what I wanted. -George

Donnie, you don’t have to do this. -George

He’d kill me. Him or his mother. -Lorna

Donnie, I think you are going to have to show us how you done it. -Blanche

Make sure he can’t pull a gun on us again. -Blanche 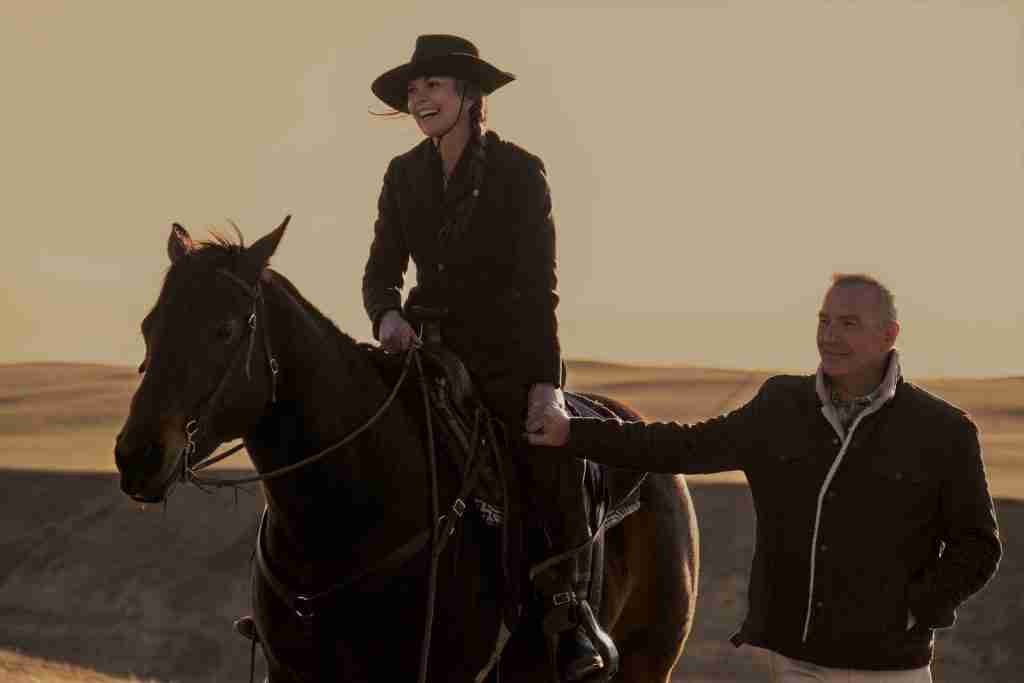 We are teaching you to teach him, see. -Blanche

He won’t be shooting for a while. -Bill

There’s nothing smaller in this world than a kid’s casket. -Police Officer

I don’t belong any place. Here is fine. -Peter

You picked a good spot but it’s not good to be alone. -Margaret

When are you going to stop torturing yourself? -George

I tried to save him. God help me. We lost them both. -Margaret

Even with as fast as you are , you’re not going to catch him. -Peter

Not you. You don’t get to say a god damn word. This is up to her. This is not something you need to think on. -George

Just go. Just go as quiet as you can, take the front door and then run like hell. -George

Give the boy to me old man. -Blanche

Not without you. -Margaret