The Croods: A New Age has evolved into an even more fun, family adventure! Packed with action, comedy and a great message! Check out my parents guide movie review. 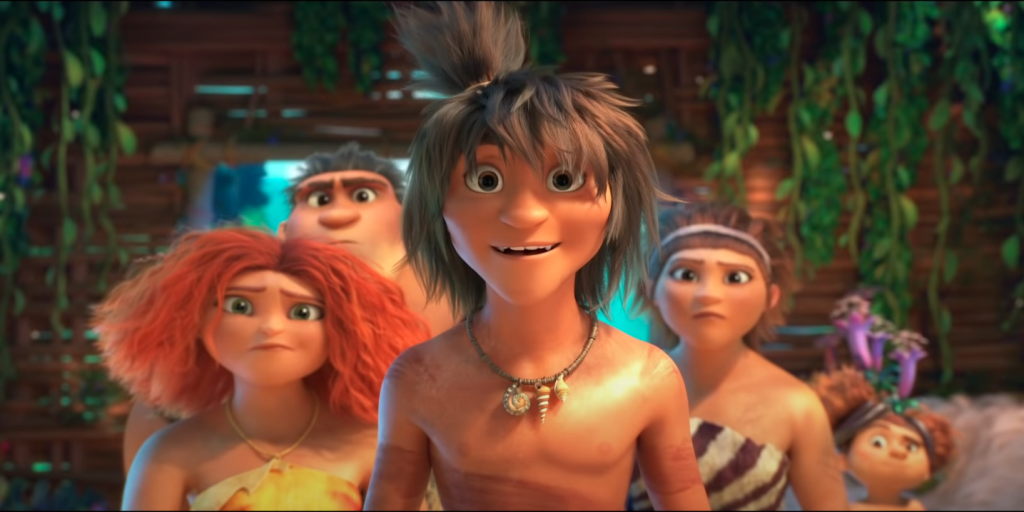 The Croods: A New Age is releasing this Thanksgiving and is sure to be a film enjoyed by the entire family!  It’s been 7 years since the original hit theaters and this sequel brings back the awesome cave-peeps we know and love, with some new additions to add to the laughs. One has to wonder, with a 7 year gap, will it be possible to recreate the magic the original brought us? I say, YES! Check out all the details in my parents guide movie review.

The Croods A New Age Quotes

After the Croods leave their cave in search of a better place to live , which they call “Tomorrow”, they happen upon a glorious new location filled with plentiful food and a magnificent tree home. The new location is already occupied by the Betterman’s, however, who recognizes Guy and even knew his parents! What seems like great new friendships and a safe Utopia-like home, turns into competition and faux security.

The Croods: A New Age – Film For All Ages?

Let’s break down all of the look-outs in The Croods: A New Age parents may be concerned with:

Language: The language in this film is super, super mild. The strongest language you will find is some of the characters calling eachother dumb and twit.  The fim does have some potty humor such as burp and fart jokes.

Scary Moments: There are a few scenes which may scare the youngest of viewers. We see the Croods and their new friends fight off wild animals, we are introduced to “punch monkeys” who actually communicate by punching eachother and they end up kidnapping a few of the characters. Also, towards the end of the film, the Croods and Bettermans have to fight a HUGE ape which tries to eat them.

Adult Content: When the Croods find the new Utopia-like home, they eat so much food that they literally seem like they are drunk off of it.  There are also a couple of kissing scenes.

Dare I say, The Croods: A New Age is even better than the original?  Granted it has been awhile since I’ve seen the The Croods, around 7 years to be exact, but I don’t recall enjoying it as much as I did this sequel! The animation was top notch, much better than the first, you will know what I am talking about when you first get a glimpse of the vivid and bright “Tomorrow” land. And as expected, the voice casting is incredible but I wouldn’t expect anything less considering talent like Nicolas Cage, Ryan Reynolds and Emma Stone being a part of it!

An unexpected surprise in the film was the “girl power” message!  The Betterman’s daughter Dawn knew Guy when she was younger and the two were very close, one would think this would cause jealousy between Eep and Dawn but nope, Eep is excited to have a “girl” friend and the two form a bond right away.  We get more girl power moments, when it is left up to the women of the group to rescue the men, they even have a name they call their girl power group, “Thunder Sisters”! The female empowerment was a breath of fresh air, considering this film is set in prehistoric times which stereotypically portray females as the weaker of the two sexes.

The film did not come without flaws, the story seemed to drag a bit in the middle, losing the attention of the viewers (especially younger ones) at times.  However, it picked up quickly and gave us a really action packed ending. And the message of courage and teamwork rang true throughout. In a time when our country seems to be divided more than ever, working together on a common goal seems like a message we can all benefit from. As Grug says, “We are stronger together.” and that sentiment is needed now more than ever. 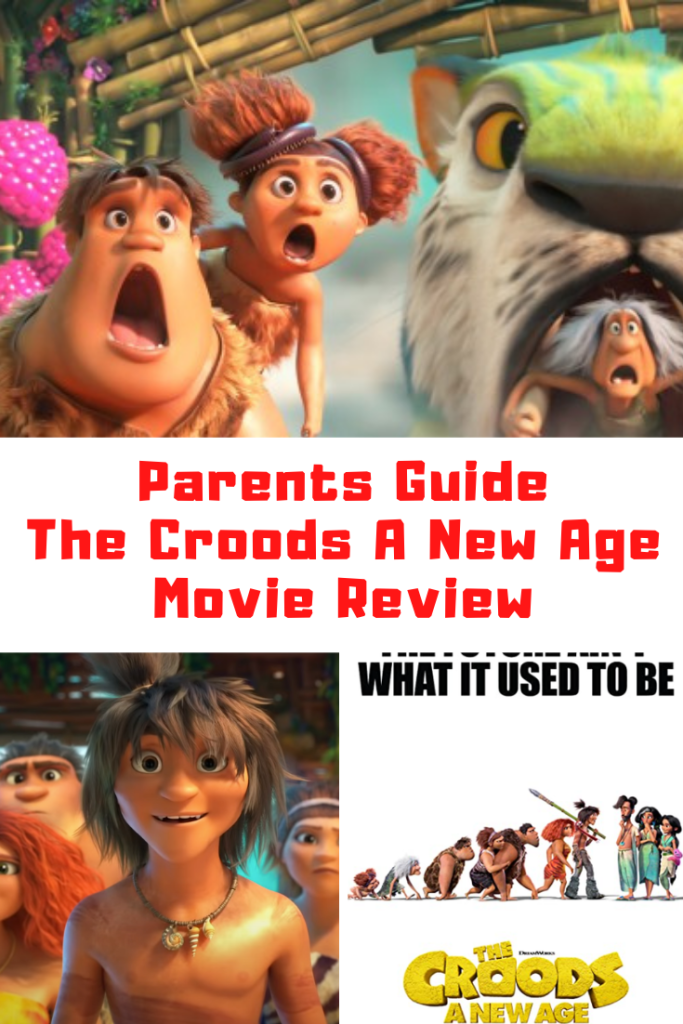