The Flight Attendant now on HBO Max is quirky, funny and a bit dark. It’s a refreshing new show for mystery loving fan. Check out the details in my parents guide review. 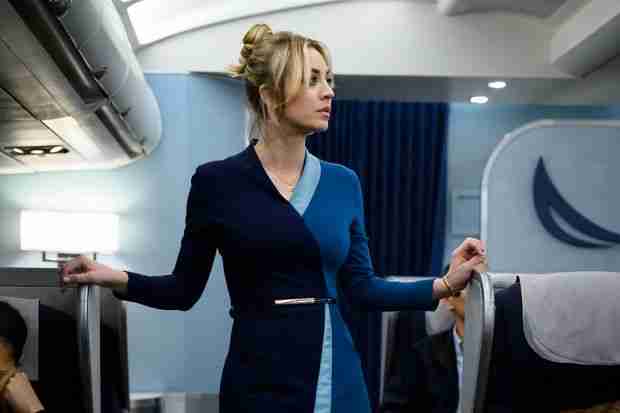 HBO Max’s The Flight Attendant, stars Kaley Cuomo as a first class flight attendant in bit of trouble. It is a dark comedy with a spin of mystery mixed in. If you have ever seen the Netflix series Dead To Me, then you will love this series, as it gives off the same sort of vibes, comedy and dark content.  In fact, both series also star blonde beauties in a bit of trouble. However, is this series appropriate for all ages? Check out the details in my parents guide review.

Cassie (Kaley Cuoco) is a first class flight attendant who doesn’t seem to have her life together. She parties and drinks way too much and after a crazy drunken night in Bangkok with a passenger she met on her flight, she wakes up next to him dead. Rather than calling the police, Cassie panics, cleans up the hotel room and gets the heck out of dodge and back on a plane out of town.

She fails to realize, however, that she left behind evidence which links her back to the dead man, and witnesses which saw her flirting with him and who have linked her back to him the night of his death. Things become even more entangled when the FBI gets involved.  Her biggest obstacle in the entire thing is Cassie has no memory of what happened that evening. She needs to recollect her memories of that evening in order to clear her name.

Is The Flight Attendant appropriate for kids? Let’s break down all the flags for parents!

Language: This series does not hold back when it comes to the harsh language, as it is made for adults. Words include the S-word, B-word and even the F-word.

Drinking: In this series, Cassie is constantly drinking and it becomes apparently that she is somewhat of an alcoholic. Her drinking leads to black-outs, wild partying, sleeping around with different men resulting in her waking up the next day in their bed.

Violence: While no violence has actually been shown “yet” (Mind you, I have only watched the first 3 episodes so far), we do see plenty of blood, and a man having been murdered with scenes of him laying in bed with his throat slashed.

Sexual Content/Nudity: As mentioned before, Cassie’s drinking problem leads to her having plenty of one night stands. I have not seen nudity yet, but we get plenty of kissing and implied sex.

Dead Animal: A reader brought to my attention, one of the scenes in the first episode shows a dead deer. This body of a dead animal may be disturbing to some children, depending on what they have (or haven’t) been exposed to.

The Flight Attendant is a refreshing series for those mystery loving fans out there or for someone looking for a little something new and different to watch on television.  Kaley Cuoco makes the series, as she embodies the flighty (get it?) flight attendant with some sort of trauma in her past, which leads her to self destruction tendencies as an adult. The best part of the series is actually the relationship between Cassie and Alex (Michiel Huisman), the dead guy who keeps popping back up in her memories. And I can not discuss the cast without mentioning Cassie’s best friend and lawyer Ani (Zosia Mamet). Last time I recall seeing Mamet the screen was her role in the HBO series Girls, in The Flight Attendant she goes above and beyond as the shrewd bas ass lawyer who has connections all over town, and uses them to keep Cassie out of jail.

Now mind you, I have only watched three episodes of the series so far but, I have to question another casting choice in this series.  Rosie Perez plays Megan, Cassie’s nosy co-worker who seems to only cause Cassie trouble by her rambling mouth. The series has somewhat of a side plot going on with her, which distracts from the story and doesn’t add anything interesting to it. Granted, it might come full circle and end up being a major part of the plot, but at this point it is just very, un-interesting and annoying.

Overall, I am hooked on The Flight Attendant and will be anxiously waiting for more episodes to drop and more of the mystery behind the murder revealed. The series premiered its first 3 epsiodes on HBO Max November 26th, and will definitely be one of those talked about shows. So don’t be left out of the loop, get on this series today! You can thank me later. 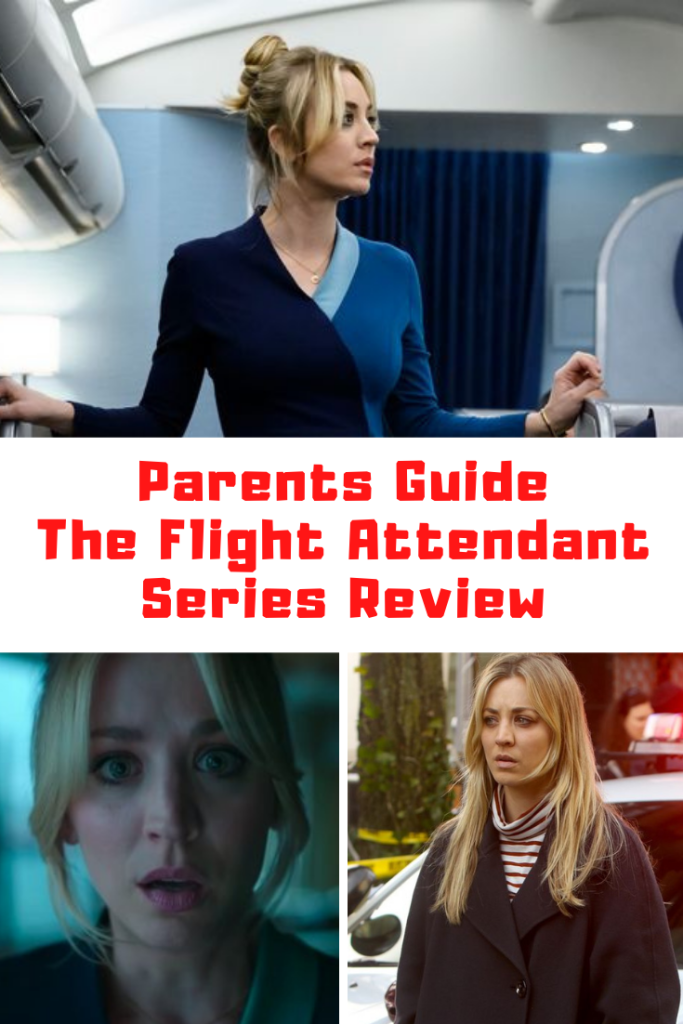