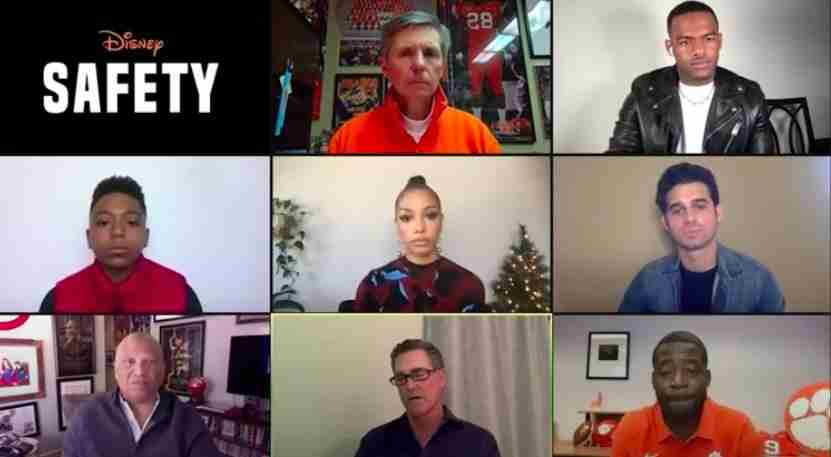 Disney Plus’ Safety movie will be available to stream this Friday, December 11th. The film is based on the true story of Clemson football player Ray Ray McElrathbey and his brother Fahmarr. It is an inspiring, heartwarming film! I will have a movie review coming soon, so be sure to check back, it will be linked down below. In the meantime, I wanted to share this interview with the cast and real life Ray Ray! Check out the video below of the full interview.

Disney Plus’ Safety tells the story of Clemson football player Ray Ray McElrathbey, who struggled to balance college, football and taking care of his youngest brother due to his mother being admitted to drug rehab. His inspiring story spread all over the country, even appearing on the Oprah Show. So, it was definitely a pleasure to interview him along with the rest of the talent from the movie.

Safety Movie Behind The Scenes

Ray Ray on having a movie made about his story: It’s a surreal experience. It’s a wonderful experience more so than anything. It was something I’ve been praying for. I’m blessed and excited to have the opportunity to be here with all the people that are assembled to make this cast and crew.

Jay on playing Ray: I started my research as soon as I got the material. So, watching YouTube videos, I followed Ray before I even got the role, I followed him on Instagram. I really didn’t know anything about it. I just dove in headfirst and got to know this fantastic story. 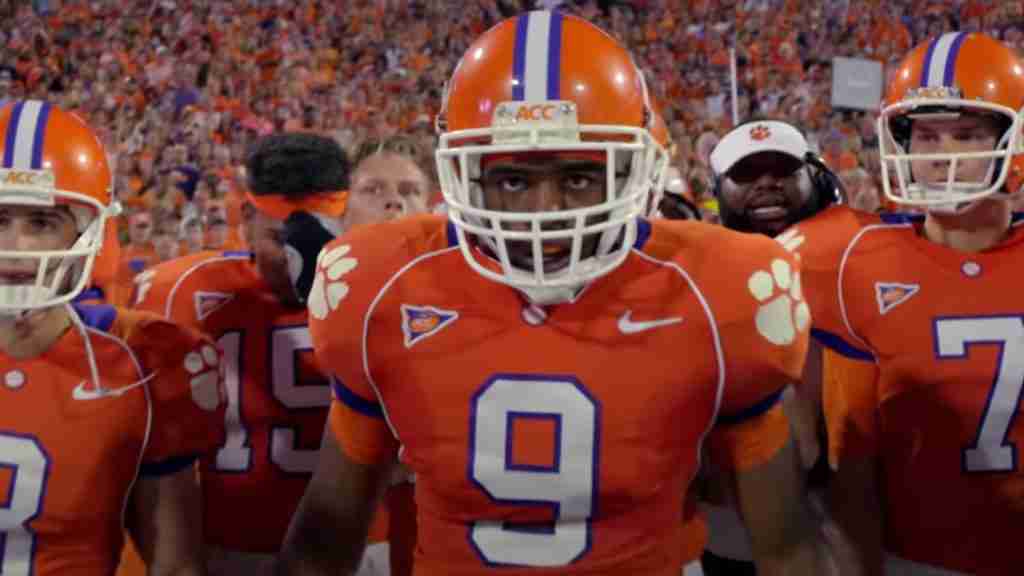 Thaddeus on playing Fahmarr: I really wanted to show how Fahmarr felt on screen and just make sure it comes across the right way. I didn’t know it was based on a true story until I got on set the first day. I started searching and looked at the Oprah Winfrey interview that they had did. I just wanted to try to embody that as much as I could. And I actually almost cried from just watching it. ‘Cause, you could just see the pain. And I know he went through a lot.

Hunter on working with Jay: I pulled up to a building for an audition, I was parking my car and I see him walking into the building. I’m like, that’s the guy who’s playing Ray. So, I run up to him and say, “Hey man, I’m reading for Daniel. How you doing?” He was like, “Wow, wow, wow. Like, what’s going on here?” And we automatically had that Daniel/Ray dynamic from day one. We really had that chemistry from the beginning.

Corrine on playing Kaycee: She’s one of the characters that’s actually not based on a specific person. I remember asking Ray “Hey, who is the real Kaycee?” And he goes, “There was a lot of girls that are gonna think they’re Kaycee.” 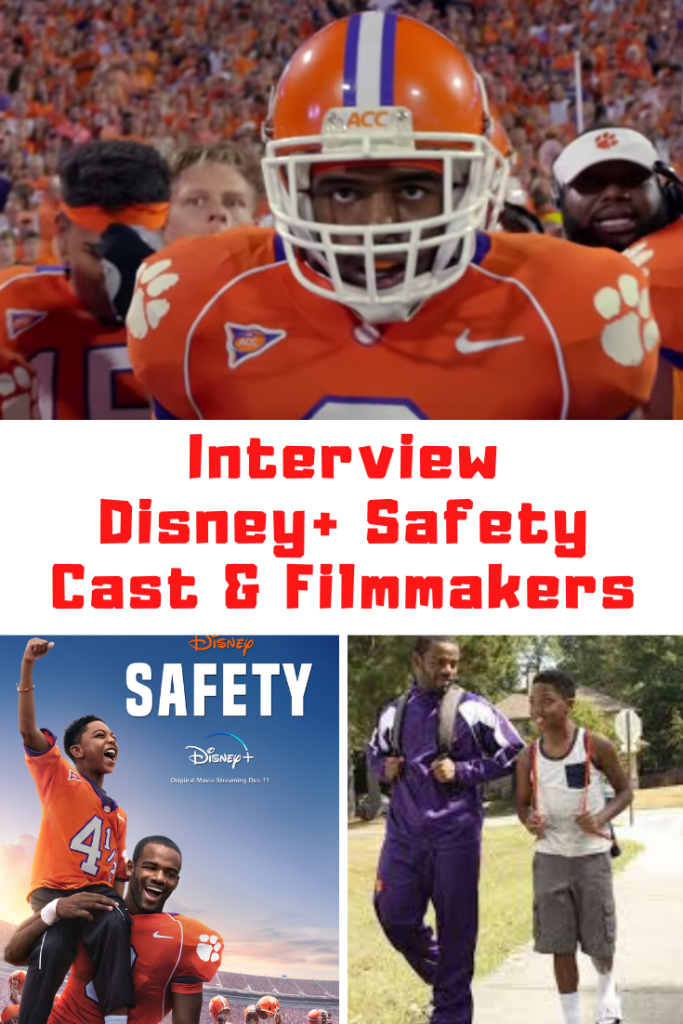