Holy hot and steamy romance series, Netflix! Bridgerton is a period piece which would make Christian Grey blush a bit. It is raunchy, exciting, dramatic and fun. Netflix doesn’t seem to shy away from these movies/series which give us this steamy type of entertainment but where they make lack is warning parents just how graphic it could get. So, check out all the details in my parents guide series review.

Set in the 1800s, Daphne Bridgerton (Phoebe Dynevor) is the eldest daughter of the Bridgerton family and is the top pick for a suitable wife after Queen Charlotte (Golda Rosheuvel) declares her “flawless.” Everything seems to be in Daphne’s favor, that is until Lady Featherington’s (Portia Walker) niece arrives, turning the eye of every eligible suitor in town. Worried she may be headed toward a “spinster” life, Daphne devises a plan with the help of family friend Duke Simon Basset (Rege-Jean Page), to fake a relationship, thus making her seem more of a catch. In return Simon can thwart off matchmaking mothers, who would love to see their daughter become a duchess. 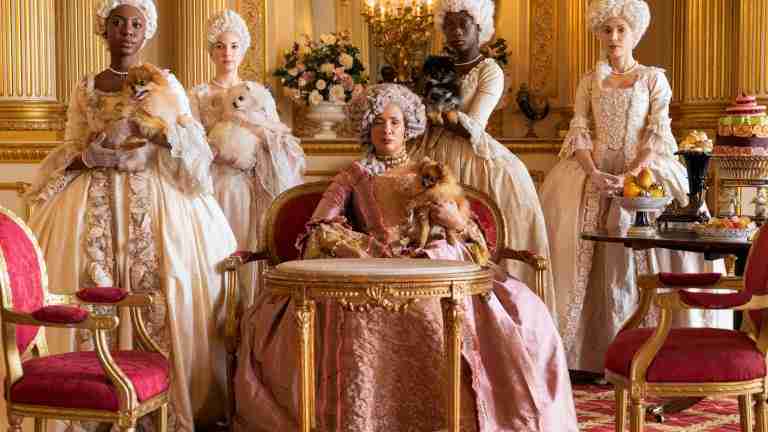 Let’s take a look at what parents need to know before allowing their kid to view Bridgerton.

Language: Bridgerton contains some harsh language which includes the B-word, the F-word, a** and damn.

Violence: The series contains some violence which includes fist fights, a possible gun duel, and the shooting of animals. We do not see a ton of blood or gore, the most blood we see is that from a fist fight or when a female starts her courses.

Drugs/Alcohol: The characters do partake in the drinking of alcohol and tobacco. There was a particular scene in which a character was sniffing something, I thought it could be drugs but it was rather the snuffing of tobacco.

Bridgerton is an absolutely charming and fun series yet subversive, being of its time.  There are twists and turns that some viewers may think are a bit melodramatic but that adds to its appeal. It focuses on the times in which sex was such a taboo, that even mother’s kept “soon-to-be-married” daughters in the dark of details, yet it is this submissiveness which gives viewers pleasure when character’s sexual appetites are fulfilled. The sex does not simply feel placed there for the sake of it being a sex scene, rather it represents the hunger these individuals felt in a sexually repressed world.

One of the most striking aspects of this series is its diverse cast. Characters which are typically white, such as nobels and even royalty, are given to actors of color. King George falls in love and marries Queen Charlotte, a black woman, which results in other colonist of color also receiving nobel positions, such as the Basset patriarch becoming Duke of Hastings. And while this is all touched upon in the series, it does not make it the forefront of the story. However viewers are reminded that as quickly as this inclusion is given, it can be taken away just as fast. This is shown when Simon’s father is pretty much driven into madness over producing an heir worthy enough to carry on the Hasting’s name.

At its core, Bridgerton is a gossip column come to life. An anonymous female named Lady Whistledown (voiced by Julie Andrews) causes uproar with each article she distributes and within the contents of each article, she airs the dirty laundry of every female in town who matters. Each scandal could indeed make or break a woman’s prospects and Lady Whistledown knows this, however the biggest scandal of all is the identity of this secret taleteller. Even the Queen herself is on the case to find out her identity!

If you are looking for a fun escape from the dreariness of a pandemic holiday, Bridgerton will deliver! 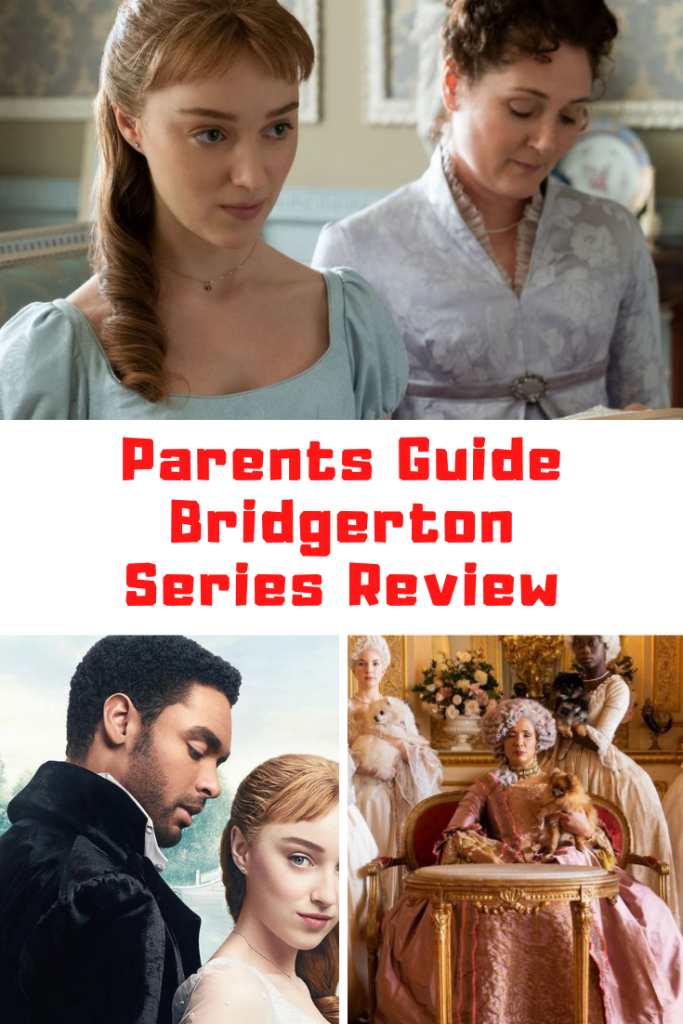