Promising Young Woman is filled with twists, turns and tons of uncomfortable moments. It’s wickedly clever, despite some plot holes, and raises issues which need to be discussed. Check out my parents guide movie review. 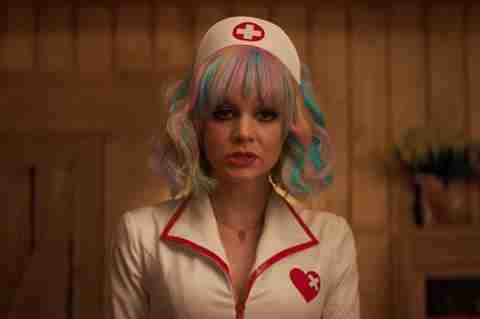 Promising Young Woman is Emerald Fennell’s directorial theatrical debut, which centers around a female out for revenge after a tramaic event occurs during medical school, resulting in her dropping out. Starring Carey Mulligan, this duo set out to make a #MeToo film which is straight up vicious and I am here for it. Is it appropriate for a younger audiences? Check out all the details in my parents guide movie review.

Cassandra (Carey Mulligan) dropped out of medical school 7 years prior due to a tramaic event, which continues to haunt her mental state. Since then she has become some sort of vigilante. She goes to bars, pretends to be drunk, and catches the attention of men who want to take advantage of her in her inebriated state, only to be surprised after they take her home.

While working at a coffee shop, Cassie is reunited with a fellow student she attended medical school with, Ryan (Bo Burnham). Ryan has always had a crush on her, and sets out to win her affection. And well, things just spiral into craziness after that.

Let’s take a look at what parents need to know before allowing their kid to watch Promising Young Woman.

Language: The film contains very strong language with curse words that includes the F-word (said many times over), the S-word, the P-word and the C-word, pertaining to the female genitalia.

Sexual Content: There is no nudity in the film. There is one scene at the beginning where a woman spreads her legs in a skirt but you really can’t see much. Full on sex scenes are not shown. However, you do see a lot of kissing and men taking advantage of women in their drunken state, including shots of them removing panties as she is saying no.

Drugs/Alcohol: As one would figure, you see many characters in this film drinking. There is also a scene in which one of the characters is snorting cocaine and pushes an inebriated Cassie into snorting the cocaine as well.

Violence: This film has some violent scenes. There is one scene where a character attacks a man in the street and beats his car with a crow bar. The most disturbing scene is one where a murder is commited. This scene is detailed, shocking and extremely disturbing.

Promising Young Woman is the Fatal Attraction of the new millennium. Like Glenn Close scared men into fidelity, Carey Mulligan will have them thinking twice about taking advantage of women. The real winner in this film is the writing. The story begins with audiences left up to their own devices as to what exactly led Cassie into this vigilante role. And as the story progresses, viewers are given missing pieces to the puzzle, but these clues are also accompanied with jaw dropping twists and shocking revelations. The film doesn’t come without some plot holes, however they are easy to overlook, especially with the dramatic ending which will leave everyone speechless and in disbelief.

Carey Mulligan outperforms in the role as Cassie, which the very nature of the character allows her to showcase many facets of her personality and a range of emotions. At times she is sweet, funny and a bit coy; one can easily forget the bottled up anger and utter ruthlessness of which she is capable.  At the surface of all the layers to her character, there is the apparent heartbreak. Mulligan nails every single one of these emotions with perfection.

To be honest, I’m not really sure if this film will be receptive to male audiences. Just like it’s hard to truly comprehend “white privilege” as a white person, the same goes for the “pass” men receive because of their gender or the burden woman carry because of theirs. How many times have you heard “she was asking for it because of the way she dresses”? This movie hits on all the gender tropes which are sure to enrage some viewers, but others may easily dismiss it as yet another “social justice warrior” agenda.

Promising Young Woman demands to be heard, so sit back and listen. 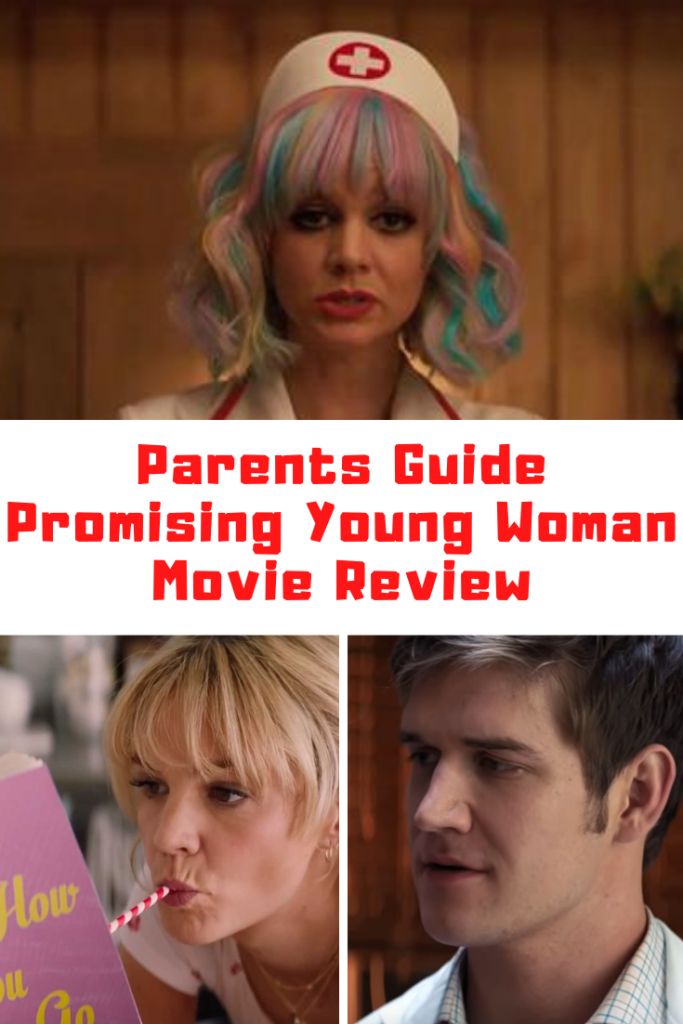