Wolfwalkers is a beautifully enchanting film that will tug at the heart strings and give us all a new appreciation for nature. Check out my parents guide movie review.

Wolfwalkers filmmakers Tom Moore and Ross Stewart also brought us the tales “The Secret of Kells” and “Song of the Sea.”  Their new film, Wolfwalkers, is another animated Irish tale with an environmental flare about wolf spirits who protect the forest. It has a very Bambi meets teenwolf feel to it and I loved every minute of it. Check out all the details in my parents guide movie review.

English hunter Bill Goodfellowe (Sean Bean) and his daughter Robyn (Honor Kneafey) have come to Kilkenny so he can rid the forests of wolves, making it possible for the towns people to clear the land. Robyn longs to be a hunter like her father, she even has her own hunting falcon and crossbow, but her father will have nothing of it.

In spite of her father’s wishes, Robyn sneaks off to the forest where she encounters a shape-shifting girl/wolf named Mebh (Eva Whittaker), who is a wolfwalker. A wolfwalker is a human who can leave their body while asleep and the spirit is transformed into a wolf. The two girls grow close and eventually Robyn agrees to help Mebh find her mother Moll (Maria Doyle Kennedy), who was captured in her wolf form, leaving her body behind in sleep form. 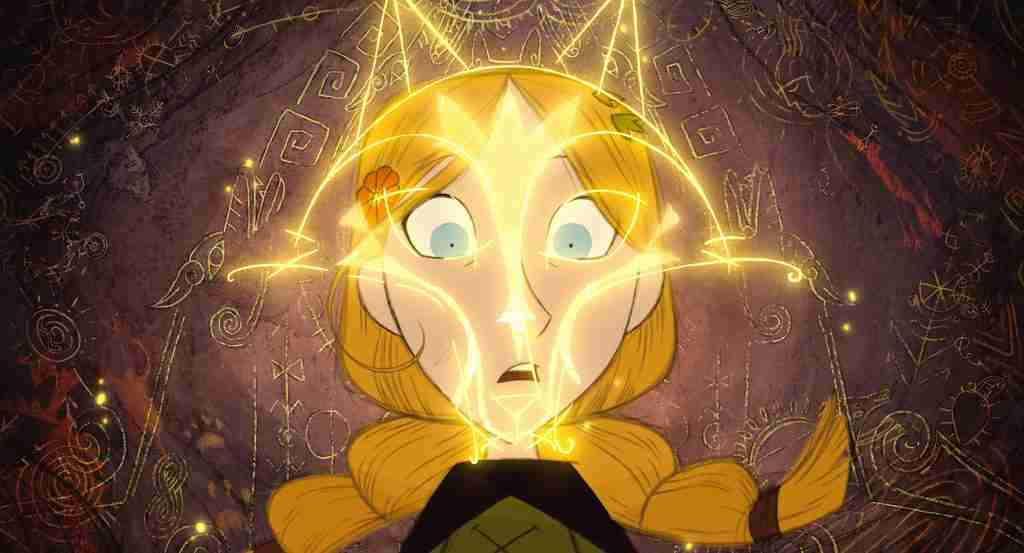 Let’s take a look at what parents need to know before they allow their kids to view Wolfwalkers.

Language: The language in this film is appropriate for all ages.

Violence: There are some “scary” moments in this film that might freighten very young children. The wolves can look scary at first, but you come to find out there are harmless and friendly. You see some blood and violence against animals, there was a scene where a bird was shot and thought to be dead. There is a “villain” in the story who burns the forest and holds a wolf captive. There is also a scene where someone falls to their death.

Wolfwalkers is a beautifully animated film with gorgeous colors that pop on screen, which add to the magic of the film. The animation style is simple and unique. In this day in age with studios like Dreamworks and Pixar which rely heavily on digital animation, this simple style feels well crafted and adds to the heart of the story and folklore feel. It will remind you of the old animation days and classic films like Disney’s Bambi. And the way the filmmakers used contrasting colors of the dark town with the vibrant colors of the forest is masterful and aids in evoking the emotions of the viewers.

The underlining message and environmental theme of the film is one of importance. The town is trying to clear the forest, to expand their territory, and rid the forest of the wolves in the process. In a trying time on our planet, with climate change and so much polution and destruction, a film like this is exactly what our world needs. While this theme may be lost on the younger audience, it is a powerful message which will resonate with the older crowd and hopefully invoke conversation.

I can not think of a negative thing to say about Wolfwalkers, everything about it is pure perfection! This movie deserves all the accolades, and hopefully its brilliance is acknowledged at the Oscars next year. Coming to AppleTV this Friday, December 11th, you will NOT want to miss it. 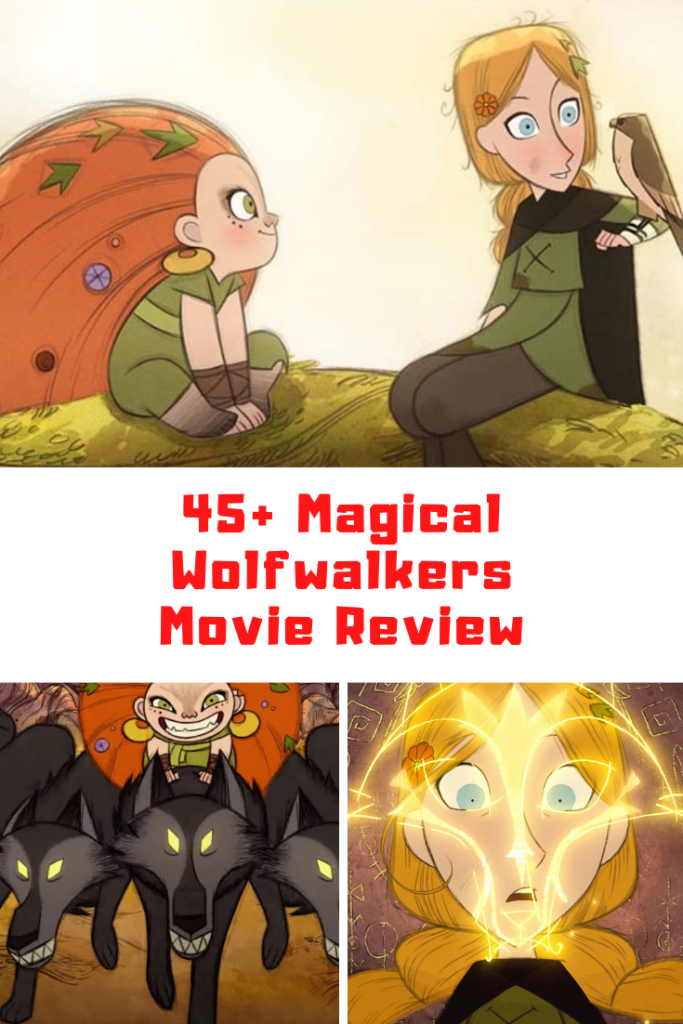