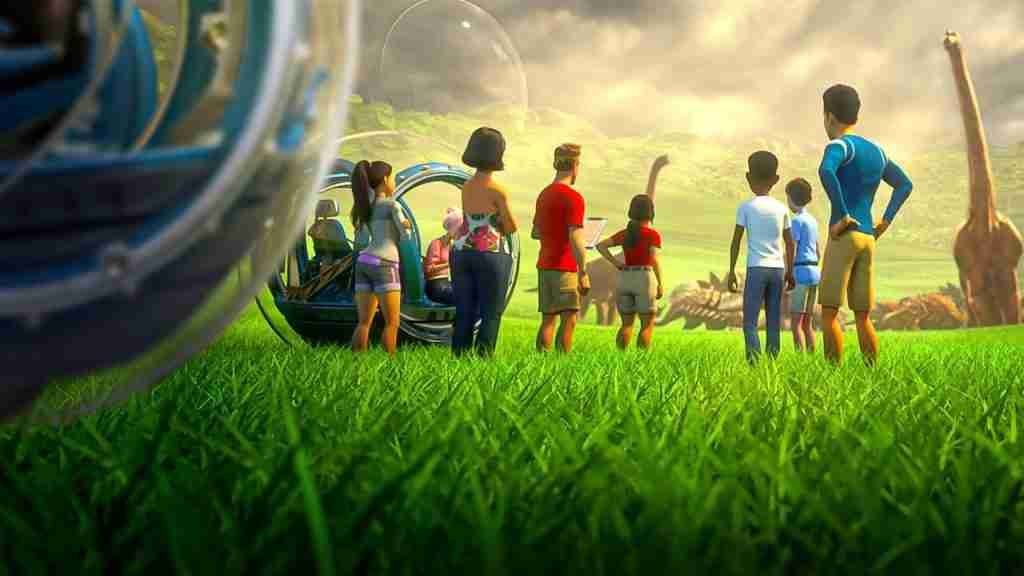 Let us go down the list of each episode in Jurassic World Camp Cretaceous Season 2 to point out some of the Easter Eggs in the series! 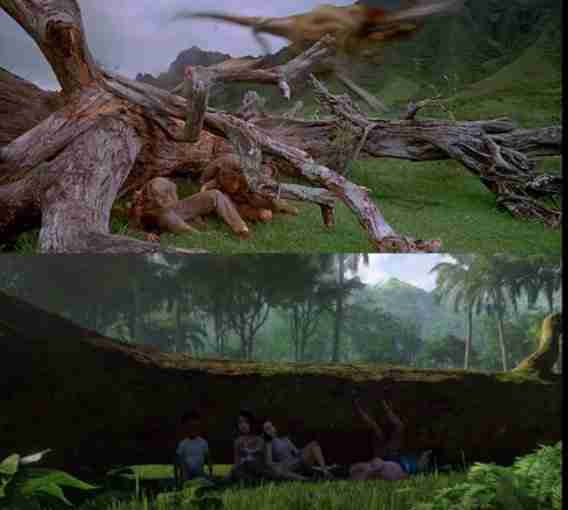 In Episode 1 of season 2, the kids of Camp Cretaceous hides behind a log as a T-Rex hunts and feeds off of another dinosaur. This is very reminiscent of the very same scene from Jurassic Park. 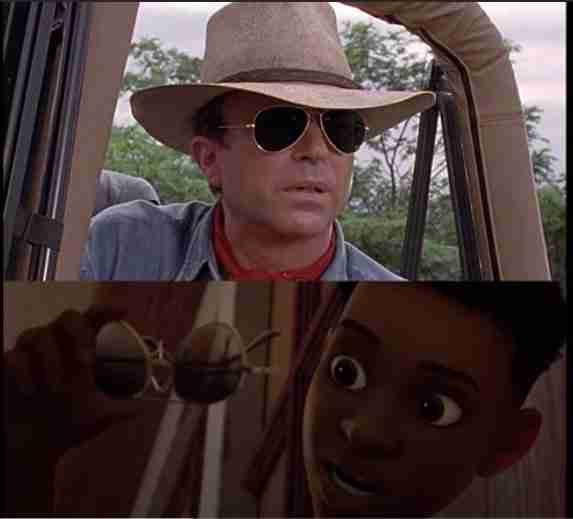 Also in episode 1, the kids explore Main Street where Darius comes across a “Lost & Found’ box. In the box he finds glasses and a hat which looks exactly like the glasses and hat Alana Grant wears in the first Jurassic Park film. 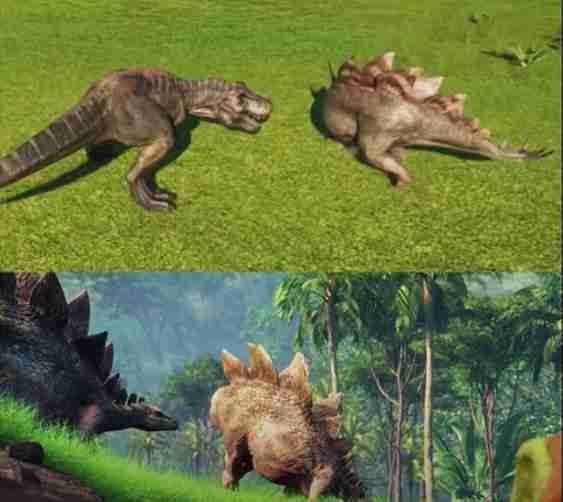 In episode 3, Darius and Kenji use a pair of stegosaurus to clear out a blocked river. They make exact same sounds of their Lost World counterparts and the battle is exactly like Jurassic World Evolution. 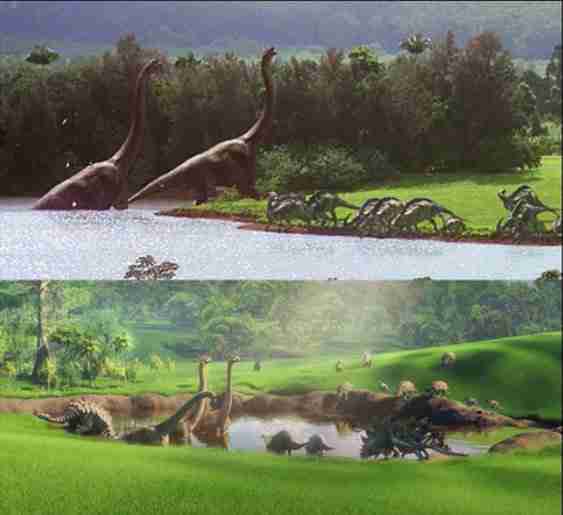 Also in episode 3, Darius and Kenji come across a watering hole which looks very similar to the same Jurassic Park scene. 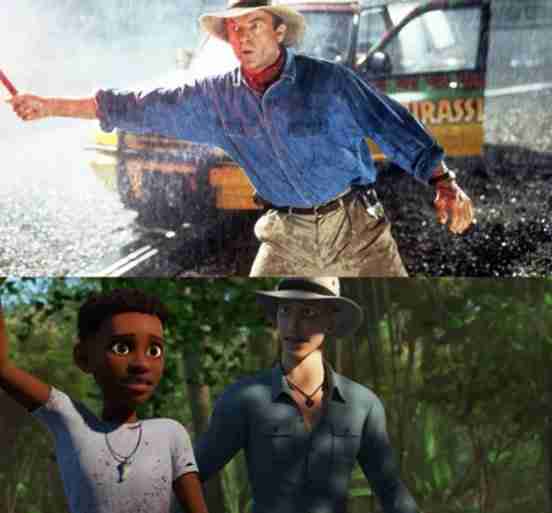 There is a new character in Jurassic World Camp Cretaceous who dresses just like Alan Grant from Jurassic Park. 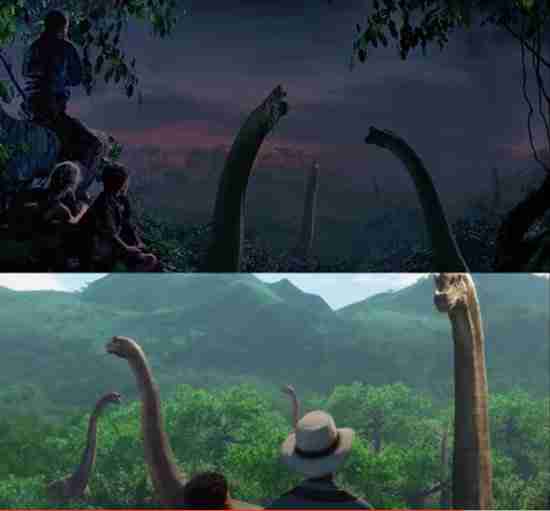 There is a brontosaurus tree top scene in this season just like the scene from the first Jurassic Park film. They even make brontosaurus noises like they do in the film. 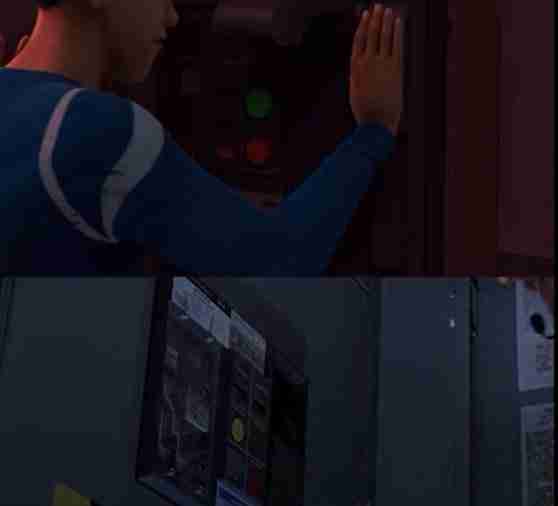 In episode 7, the kids are trying to get the power back on at the Camp and have to flip a switch to turn it back on. This switch looks similar to the one from Jurassic Park. 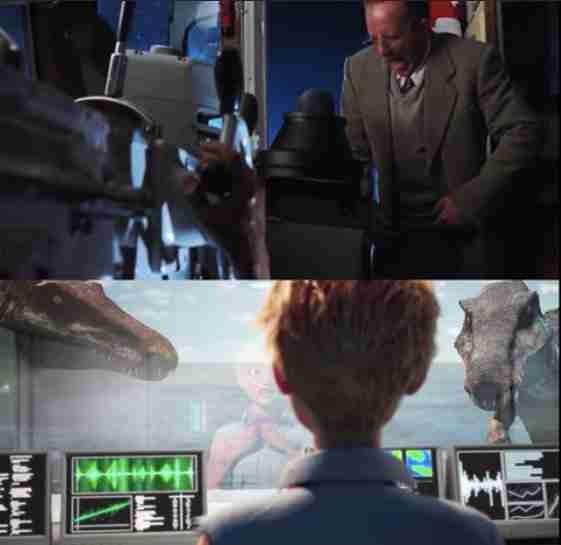 In the final episode there is a death of a character that dies on a boat as soon as it leaves the dock. This scene is a very similar scene to that of Lost World. 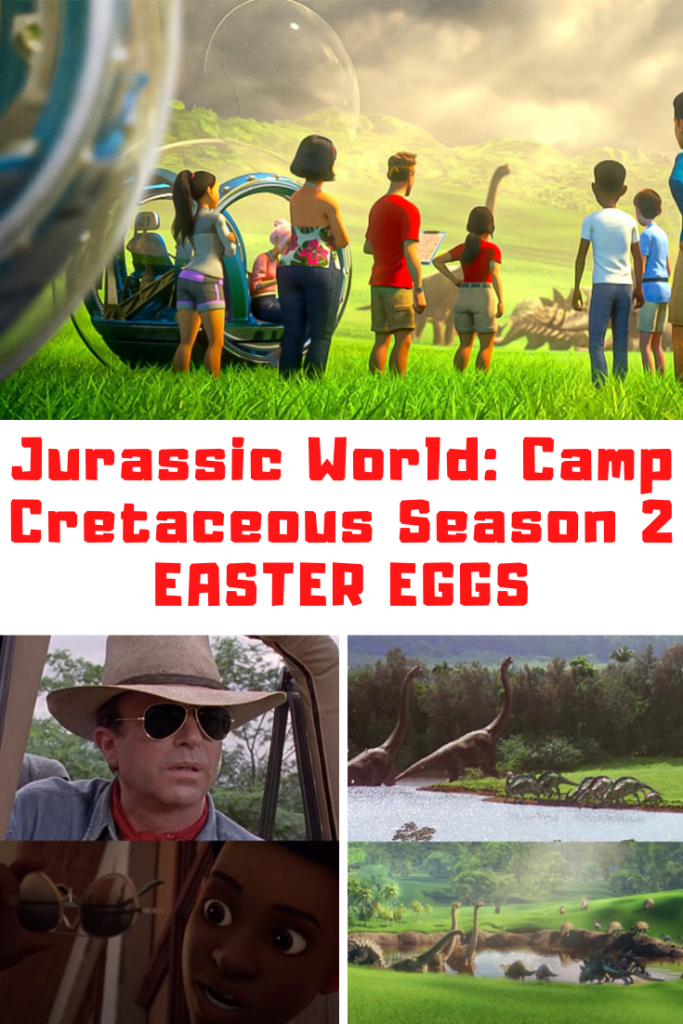