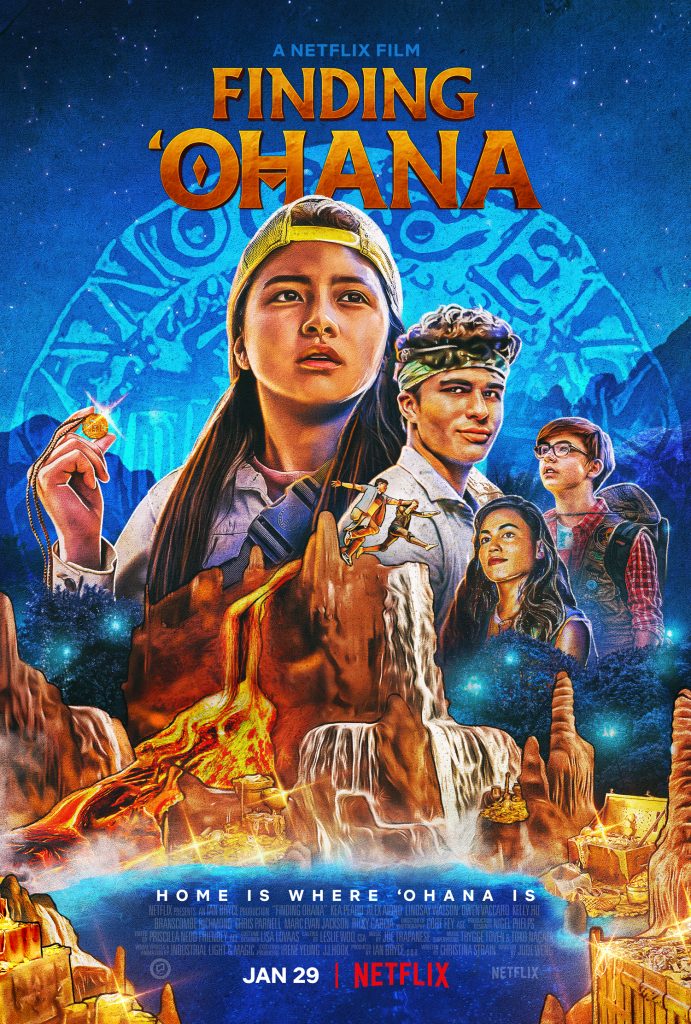 Netflix’s Finding Ohana is dropping this week, Friday January 29th! After first watching the trailer a few weeks ago, the very first thing I noted was the resemblance to the classic film The Goonies. And what do you know, when I attended the press junket for Finding Ohana, which included writer Christina Strain and director Jude Weng, Strain noted she wrote the film with The Goonies in mind! Check out the details learned during the press junket and more about Finding Ohana relating to The Goonies!

Screenwriter Christina Strain proclaims she wrote Finding Ohana because she wanted a “Goonies in Hawaii”, one that was about family and culture and she basically wanted to watch a movie that a “younger her” could watch and identify with. Having been a fan of The Goonies as a young girl, and more particularly a fan of Data (Jonathan Ke Quan), Strain says “I wanted a movie full of Data’s.” And she got it thanks to Netflix! A little cherry on top of it all is Data himself, Jonathan Ke Quan, has a role in the film. Strain credits Director Jude Weng for making that happen!

Interesting enough, Weng shared a revelation of her own during the interview. A few year ago Weng took a DNA test and was surprised when the results revealed she had Polynesian in her DNA.  This made her raise the question, “What does it mean to have this in my DNA but I wasn’t raised knowing this culture?” And because life sort of works in mysterious ways, at that same time she was questioning this, the Finding Ohana script fell on her lap.  Weng took on the film and wants people to take away that “it is never too late to discover your heritage.“

A summer in rural Oahu takes an exciting turn for two Brooklyn-raised siblings when a journal pointing to long-lost treasure sets them on an epic adventure with new friends, and leads them to reconnect with their Hawaiian heritage.