Netflix’s Finding Ohana is a fun family adventure film that is very reminiscent of The Goonies but set in Hawaii. Check out all the details in my parents guide movie review. 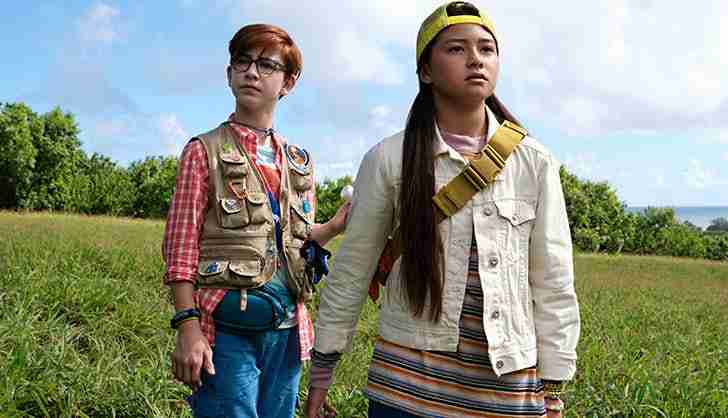 Can you believe it has been over 35 years since the movie The Goonies was released? I absolutely loved the classic film growing up because what kid doesn’t love a good treasure hunting movie? Netflix’s Finding Ohana, which drops today, Friday January 29th, is very much like The Goonies but with a Hawaiian spin. Written by Christina Strain and directed by Jude Weng, this is a film the entire family will enjoy. But is it appropriate for all ages? Check out the details in my parents guide movie review.

Pilialoha “Pili” Kawena (Kea Peahu) and her brother Ioane (Alex Aiono) who goes by “E” moved from Hawaii to Brooklyn with their mother Leilani (Kelly Hu), after their father died. When their grandfather Kimo (Branscombe Richmond) suffers a heart attack, the family travel back to Oahu to care for him. While there, the family learn Kimo has not paid his taxes and is at risk of losing his home.

At the same time, Pili finds a journal which hints at a 200-year-old shipwrecked treasure hidden away in the island’s caves. She jumps at the chance to find the treasure in hopes of saving her grandfather’s home. With her brother and new friends in tow, she sets out on an treasure hunt through the caves of Hawaii. 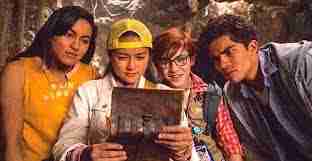 Lets take a look at what parents need to know before letting their kids watch Finding Ohana.

Language: The language in the film is very mild. You will hear words like: loser, balls, crap, butt, turd, fart and there is an implied S-word. And for some reason, there is also nipple jokes which seemed strange and out of place.

Violence/Scary Factor: The kids are put into some scary and dangerous situations while on the hunt for treasure. They will see skeletons, ghosts and near death situations. Think of the movie The Goonies and the situations those kids were in while hunting for treasure, this film has very much of the same.

Finding Ohana is rated PG and appropriate for most kids, as it is a family fun film!

While the plot of Finding Ohana is very much like The Goonies, as stated before, this film does have a powerful message of identity and how it is never too late to learn about one’s culture. Both Pili and E were raised in Brooklyn, and while they “look” different, they never really embraced their Hawaiian heritage. In fact, Pili even states she learned to speak Spanish because she was always mistaken for Latino. And E, who goes by E and not his full name Ioane, has pushed himself away from his culture to try to blend in with other kids at school. When both return to Hawaii, they not only realize how disconnected they have been to their culture, but also how much they were missing by not embracing this part of themselves.

And while Finding Ohana is very much about identity, the inclusiveness in the film can not be overlooked. Writer Christina Strain in fact stated as a kid, The Goonies was one of her favorite films and it was largely due to the character Data (Jonathan Ke Quan) being in it. She wanted to make Finding Ohana because she wanted a movie “full of Data’s”, one where a younger version of herself could watch and identify with. And the cast of Finding Ohana does the job of inclusivity. There is no whitewashing of any of the characters and in fact, they went out of their way to find representation, even taking the chance on newcomers to represent the heritage of each character.

The film is set in Hawaii, so you can imagine the beautiful landscape is captured brillantly and is inviting to those who may be thinking of traveling once again. I am sure in a time of Covid, travel destinations like Hawaii have been hit hard, so reminding those of the beauty that is Hawaii is extremely important. And while the sets, scenery and action can easily destract from the story, this was never the case in Finding Ohana.

If I had one complaint about the film, it would be the length. Finding Ohana is over 2 hours long and could easily lose younger viewers by its shear length. And while the film never really drags, it has a constantly moving plot of action and story, the length can not be overlooked. I felt the story could have easily cut away about 30 minutes and still successfully delivered an enjoyable film. And while its been compared to The Goonies, the ending had a very different twist which Goonies fans may not appreciate but as far as this particular story, it was very fitting.

Overall, this film was not only a winner in my book but the entire family. The kids loved it, which was expected but so did the husband, which was very unexpected. We laughed often, teared up a bit and cheered on the characters. We are all Goonies fans but living up to such a classic film seems almost impossible. Finding Ohana did a terrific job of encapsulating the Goonies “feel” while also delivering its own unique film. 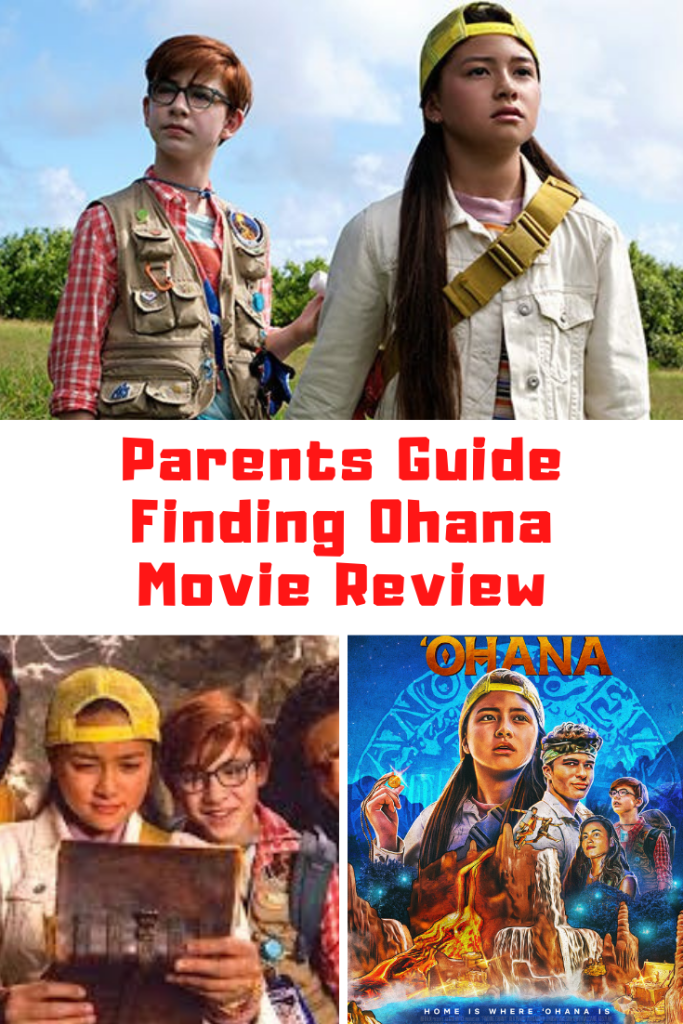