Barb And Star Go To Vista Del Mar is a ridiculously funny, belly laughing, slapstick comedy that you can’t help but love! Jamie Dornan showcases his comedic skills and I am here for it. Check out all the details in my parents guide movie review.

Barb And Star Go To Vista Del Mar teams up the comic duo Kristen Wiig and Annie Mumolo not only oscreen but also collaborating on the script as well. The two has teamed up in the past and gave us great films like Bridesmaids and this time around, they went even slap-sticker with this seriously ridiculous comedy. This time around they duo managed to get Jamie Dornan (Fifty Shades) on board and what it produced was a pot heads dream. Yes, this film is best viewed high because it brings that kind of funny. Check out all the details in my parents guide movie review.

Barb (Annie Mumolo) and Star (Kristen Wiig) lost their job, was kicked out of their ‘Talking Club’ and was just feeling down overall. So in an attempt to turn their mood around, they take a trip to Vista Del Mar. While on vacation, they meet Edgar (Jamie Dornan), who was in town on a secret mission unbeknownst to them. After accidently taking a drug, the three have a wild night together and things get crazier and crazier from there. 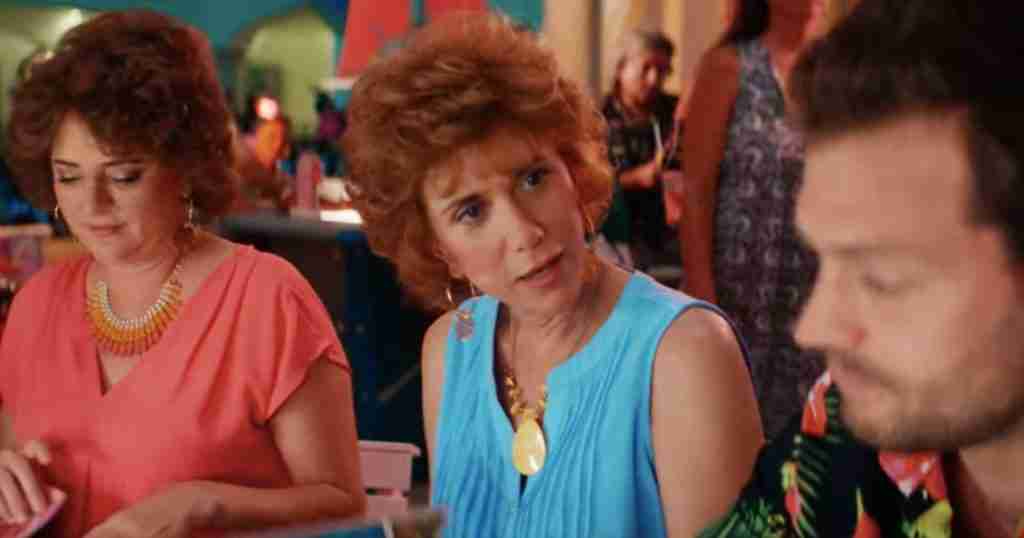 Lets take a look at what parents need to know before letting their kid watch Barb And Star Go To Vista Del Mar.

Language: There is some inappropriate language that parents need to be made aware of. While “cuss” words may be few and far between in this film (words include: the S-word, a**h*le, d*mn, d*ng, t*t, douche, fart, boobies, knockers), there is a lot of implied inappropriate language. Twice in the film a character “almost” says the F-word, by saying the f sound and following it with a sneeze.

Sexual Content: There is no nudity in the film, but there are some inapropriate sex scenes. One scene three characters wake up in the bed together after having a night having sex, nothing is shown but it is talked about the next morning and the discussion including “riding eachother.” In this particular scene, characters are shown in their underwear but no nudity. There is also a scene in which two characters are having sex but all is shown is their feet flopping in the air. A lot of sex talk is in this film, where characters talk about wanting someone “inside of them” and wanting their “dong”, etc.

Alcohol/Drugs: There is drinking in this film and accidental drug use, where characters take a pill not knowing it was a drug, have a wild night high and wake up in bed after sex the night before.

Violence: There is “funny” violent scenes where you see some characters being shot from a cannon, or discussions of being eaten by an alligator. There is also a villain who wants to kill residents of an entire city will killer mosquitos.

Barb and Star Go To Vista Del Mar can be hilarious at times, and others not so much. Maybe they tried to cram in too much comedy into 107 minutes. As absurd as the movie is, it fits perfectly with this point in the pandemic, where you’re so tired yet slap-happy and borderline demented. I feel like repeated viewings will peel back more layers, and perhaps find new comedy nuggets to mine, but overall I feel like it will apply better to women versus men. Don’t get me wrong it’s a silly film and there is much to delight in, but it feels like there are so many elements that could each work in it’s own feature, and they were all thrown together to make a Franken-film.

The highlight of the film was Jamie Dornan, who we best know as Christain Grey from the Fifty Shades films. We are so use to seeing him as the hunky, very serious billionaire that at first glance in Barb And Star, I did not even recognize him. He was pure comic gold and this one and if you ask me, his addition to this film is what saved it from sinking fast.

The characters of Barb and Star are like transported from the 1980’s into present day or something, they just don’t seem to fit at all. It’s like Kristen and Annie were hanging out getting wasted and developed these characters, just having fun and making each other laugh and decided it needed to be seen and wrote a zany script. It could easily be a movie based off of beloved Saturday Night Live characters, in fact I had to check and see if they were. As a stand alone film it feels weird but I can see them trying to trot Barb and Star out another time or two like the old Road movies, Barb and Star Go To Washington anyone? 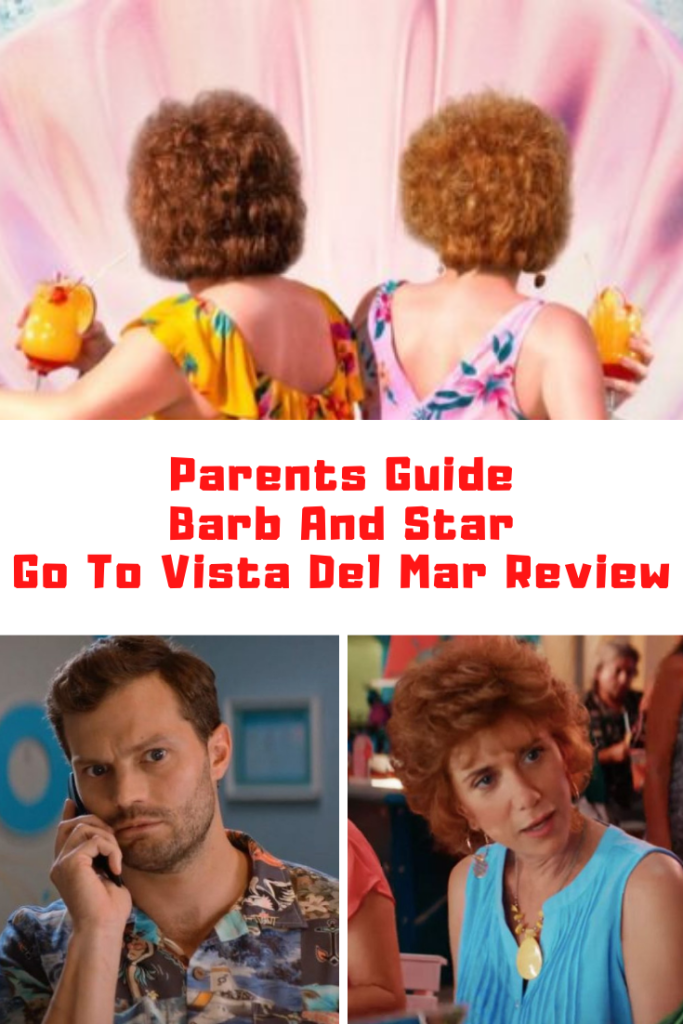