Land movie is a sober look at the effects grief has on the human psyche. Where the film lacks in story, it makes up for with stunning visuals and solid performances. Check out the details in my parents guide movie review. 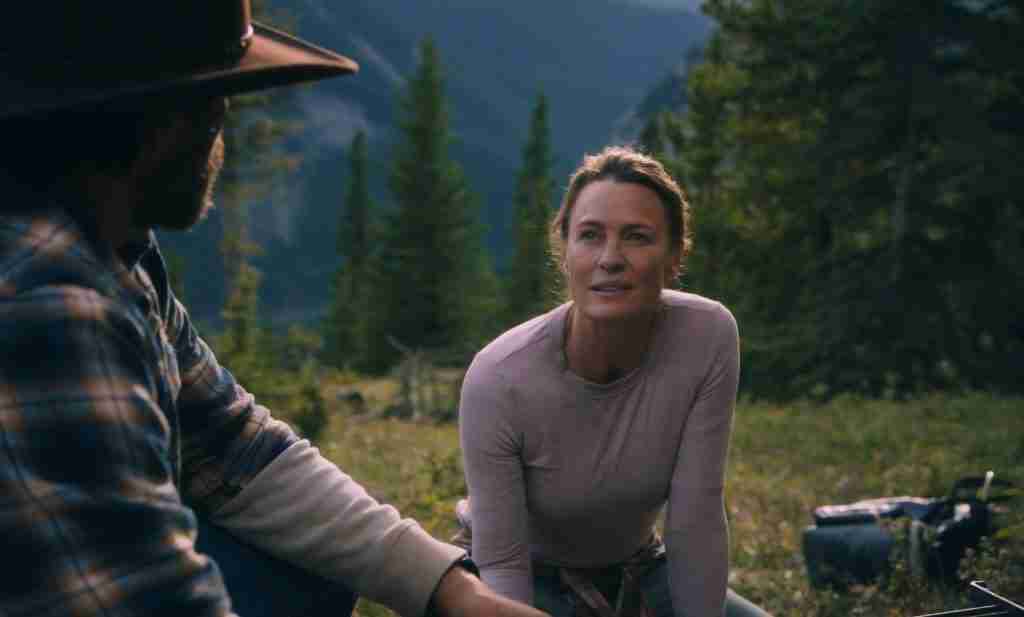 Robin Wright not only stars in the new film Land but it is also her directorial debut where she confronts grief and the psyche of those dealing with loss. It is always a pleasure to see an actor/actress move from being on screen to directing behind the camera, but to take on both on your first film is astonishing and personally, I believe Wright nailed it. Check out all the details in my parents guide movie review.

Edee (Robin Wright) is clearly dealing with some sort of loss of a loved one. She packs up a U-HAUL filled with canned goods and other items to survive off the land in the Rocky mountains, heads to a deserted cabin and has someone remove her vehicle so she is fully disconnected from the world. After a bear ransacks her cabin in the middle of winter, Edee is depleted of supplies and on the brink of death. That is until a hunter named Miguel (Demián Bichir) finds her and teaches her how to hunt, stay warm and survive the rough terrain. 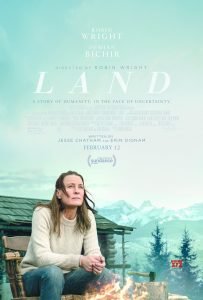 Lets take a look at what parents need to know before allowing their kids to view Land.

Language: The language in Land is pretty mild with words like d*mn being used. The film is very light on dialogue as well.

Violence: There are some violent scenes which need to be brought to parents attention. The characters are in the mountains and trying to survive off the land, guns are used to kill animals for food consumption but those scenes are pretty graphic. You will see a deer being gutted and skinned and a dead rabbit being taken from a trap. As you might imagine, guns are shown in this film and there is even one disturbing scene in which a character puts the gun to their own head. There is also a scene in which a bear destroys a cabin, leading to the owner of the cabin to be on the brink of starvation.

Sexual Content/Nudity: There is one scene in which a shirt is removed, so the character can receive medical treatment, and the side of her breast is shown. There is also a flash back of a sexual encounter, nothing graphic is shown other than some passionate kissing.

Death: The film is about coping with loss, the death of spouses and children are discussed in the film.

Land movie reminds me of the film Castaway but instead of being deserted on a tropical island, the main character Edee is deserted in the mountains. Unlike Hanks who lands on the island against his will, Edee’s defection to the mountains is by her own doing. And like Castaway, Land is very light on dialogue but instead focuses on the characters ability to adapt and survive the rough terrain and isolation of their environment. Both films give a glimpse of the human psyche when put into an isolating situation where one is forced to live off the land but Land goes a bit further, as we see the effects of grief and the extreme measures one takes to deal with loss.

Jesse Chatham and Erin Dignam deliver a very simplistic screenplay but with Robin Wright at the helm, both directing and acting in Land, she takes this simple film to the next level. It’s no surprise Wright’s performance is outstanding, as she has proven time and time again what a tremendous actress she is and we see it once again in her depiction of Edee. Wright delivers a character viewers are easily disconnected with after some questionable actions, but eventually come to understand as she slowly reveals the layers of her persona. And at her side is Demián Bichir, who plays Miguel and is the heart of the film. Bichir’s presence and genuine nature counteracts Wright’s aloof character, giving viewers a “hero” to invest in.

The biggest winner in Land is cinematographer Bobby Bukowski who captures breath-taking images and rescues the slow-paced film with its stunning imagery. Nature in Land becomes a character of its own and in a time when many viewers have not left their homes in a year due to the pandemic, this visual escape to the mountains is very welcomed. 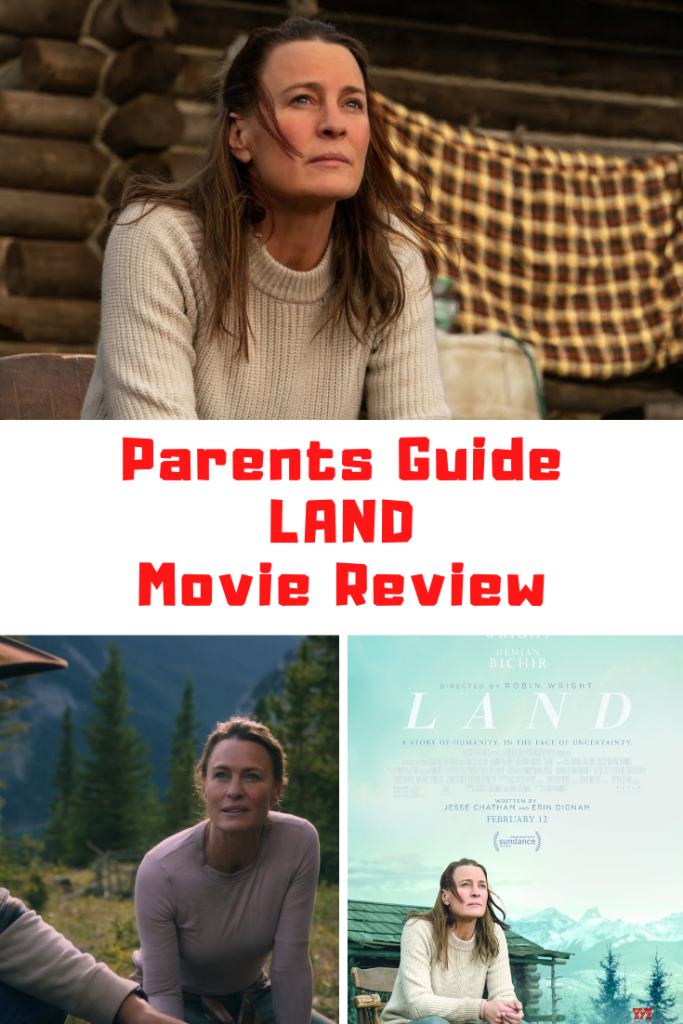