In 2019, I had the opportunity to visit the set of Flora And Ulysses in Canada and interview some of the talent of the film. Unfortunately, this film was delayed due to the pandemic but we now have a new DisneyPlus release date, February 19th! The new film stars Matilda Lawler (Flora), Ben Schwartz from Sonic The Hedgehog and How I Met Your Mother‘s Alyson Hannigan. Check out some of the highlights from my interview with Matilda Lawler and how she connected to the cast, including reading Ben Schwartz‘s mind!

Alyson Hannigan On Flora And Ulysses

Matilda Lawler says she is a lot like the character Flora “She is funny and so brave and kind” and even Kate DiCamillo, author of the Flora And Ulysses book, cried when she first met Lawler. Lawler disccussed meeting Kate, “She is amazing. She is so nice and she is so humble. When I met her she said she cried because she could see me relating so much to the character she wrote. She is everything and more than I hoped she would be.“ 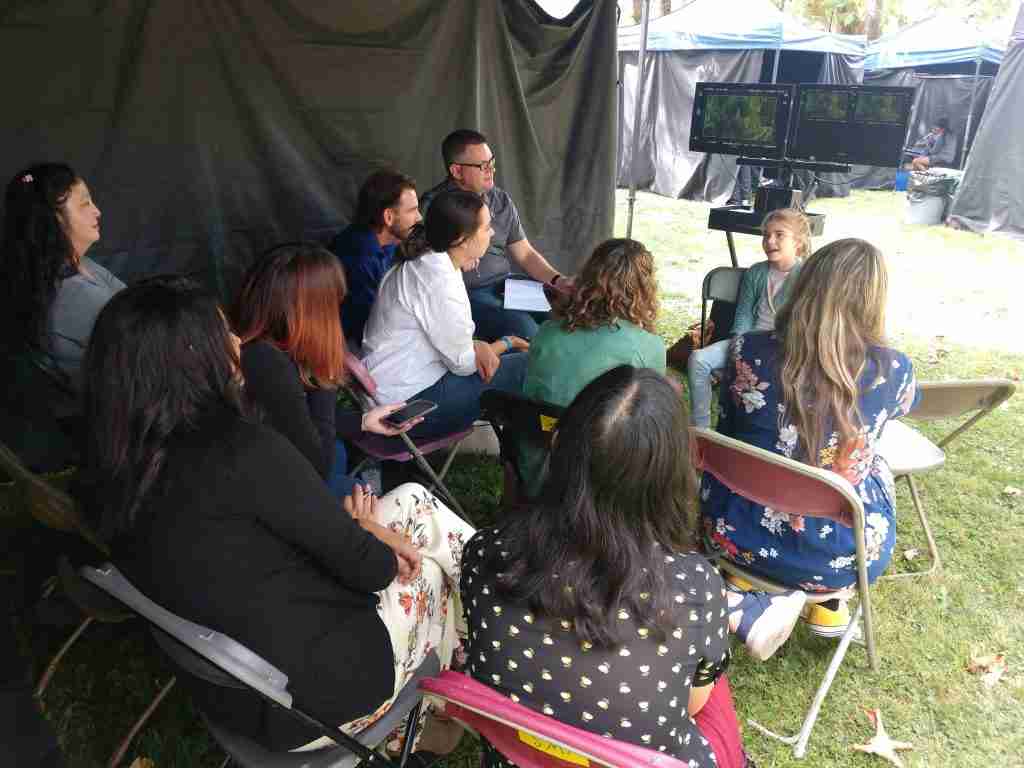 Kate was not the only one Lawler was taken with while filming Flora And Ulysses, in fact her and Ben Schwartz had such a special bond during this time, that they became able to read each others minds, seriously! “Me and Ben have been around eachother so much, we sort of connect through the mind.” The two actually showcased this “mind reading” for us during the interview! And apparently distance did not deter this mind reading ability because after two years since filming, Matilda and Ben were able to demonstrate this magical talent during the Flora And Ulysses virtual press junket a couple of weeks ago. Check out the video below to see for yourself!

Matilda Lawler Relating To Her Flora And Ulysses Character

“Flora is very kind and loyal and she tries to help everyone around her. And she can be a little snarky. She knows what she wants and shes not afraid to say it. She is so funny and so brave and kind. She is such a great character, I just love to play her.” -Matilda Lawler

It seems like Lawler did not only connected with those she worked with but also her character, Flora. She loves how Flora is trying to bring hope to her surroundings and how a girl is the main character in the film. “Girls can be as funny and rude and crazy as the boys” and it may be these qualities of Flora that not only drew Lawler to the book but it was also a favorite to every girl in her class, including her teacher!

Check out: Flora And Ulysses Easter Eggs and Ducktales Reunion

About DisneyPlus’ Flora And Ulysses

Disney’s “Flora & Ulysses” is a delightful comedy-adventure based on the Newbery Award-winning book about 10-year old Flora, an avid comic book fan and a self-avowed cynic, whose parents have recently separated.

After rescuing a squirrel she names Ulysses, Flora is amazed to discover he possesses unique superhero powers which take them on an adventure of humorous complications that ultimately change Flora’s life–and her outlook–forever.