Netflix’s I Care A Lot is a highly intense, highly emotional drama that will have you rooting for the lesser of two evils. Check out all the details in my parents guide movie review. 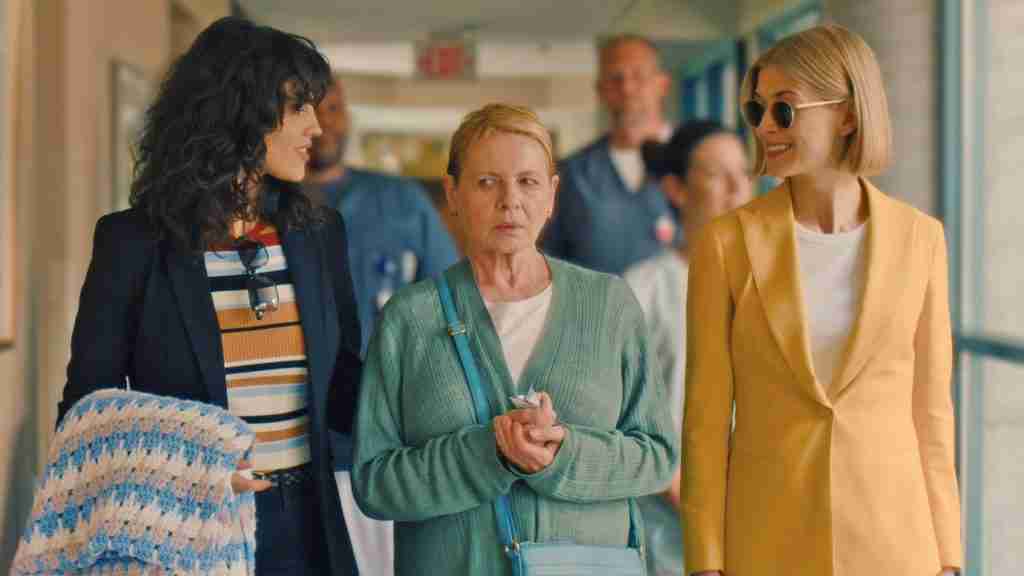 Netflix’s new movie I Care A Lot drops tomorrow, Friday February 19th. The film has some big names attached to it, including Rosamund Pike, Dianne Wiest and Peter Dinklage. You might recognize Pike from the film Gone Girl, where she plays Ben Affleck’s wife and a psychopath. It seems like she is drawn to playing these ruthless characters, because although she claims to “care a lot” in this film, we soon find out she only cares for one thing, money. Check out all the details in my parents guide movie review.

I Care A Lot Parents Guide

Marla Grayson (Rosamund Pike) and her girlfriend Fran (Eiza González) are scam artists. With the help of health facilities and some dirty doctors, Marla takes advantage of elderly people by having them declared incompetent and in need of a guardian. Once these victims are placed under her care, she stuffs them in a nursing home facility, cuts off contact with friends/family, and auctions off all of their assets to pay for her guardianship services. She has a good thing going, that is until she messes with the wrong old lady. 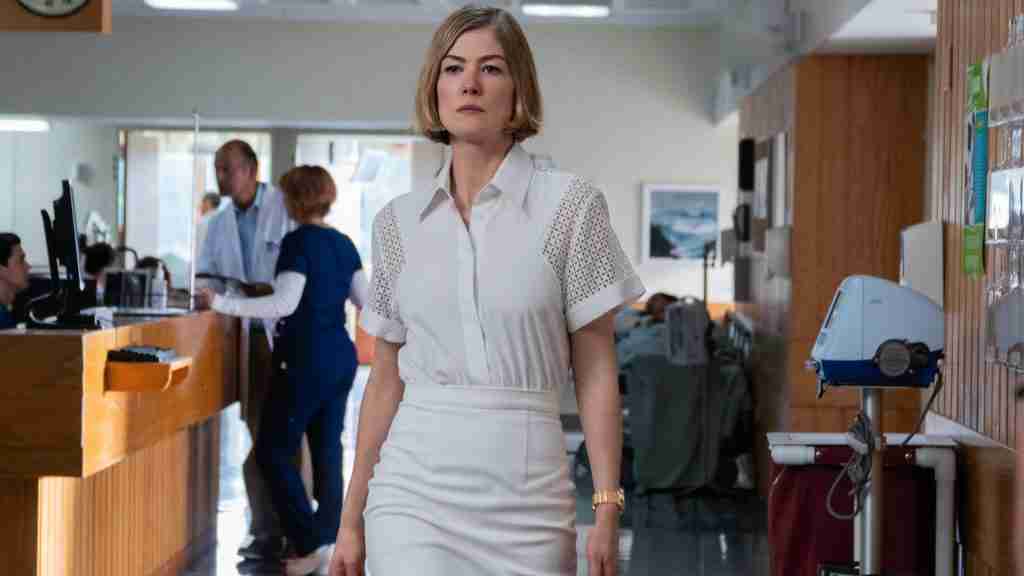 I Care A Lot Age Appropriate

Lets take a look at what parents need to know before allowing their kids to watch I Care A Lot.

Language: This film contains extremely harsh language throughout the film. Words include: the F-word, the B-word, the S-word, d*&k, c*&t, b*lls and more.

Violence: There is extreme violence in this film. Characters are engaged in gun fights, murder, torture, attempted murder, and cruelty to the elderly.  Some violent scenes include: There is a scene two characters repeatedly punch a female character and try to murder her by use of gas. There is an intense scene where a character is knocked out, placed in a car and the car is driven into a body of water. This scene shows in detail said character trying to escape the car to prevent drowning.

I Care a Lot is a deceptive film. At first one would assume it was about people that care…a lot. Which they do, but only about themselves, the only feign to care about others. Marla Grayson played by everyone’s favorite b*tch Rosamund Pike (Gone Girl), has a much aligned but skewed view of the world. It’s survival of the fittest, eat or get eaten. Apparently her appetite is money and screwing over the elderly for all their worldy possessions is the best way to get it. Who cares that she is ruining the lives of the innocent? She does, she cares a lot. It is obvious Pike enjoys playing these cold and calculating roles, and she does so with skill and composure. While this is not the first time she has played this very familar villain role, she doesn’t fall back on a schtick, instead presents something different and unique each time.

Once Grayson tries to ruin the wrong old woman, you think her uppance will come in the form of everyone’s favorite diminutive actor, Peter Dinklage (Game Of Thrones). Both actors are well suited for these roles, and their tango is a treat to entrance as they battle with law and wit, but ultimately I was rooting for Pete. Sure he’s clearly a bad guy, but his evilness is merely implied, whilst Marla’s is on full display. Her’s is a priggish satisfaction, a pompous and complacent joy as she relishes the destruction of these poor souls and their family members; helpless to fight back when she has the doctor and judge seemingly in her pocket.

I Care A Lot is one of those movies that strings viewers along with a flurry of emotions only to leave one pissed that it doesn’t go the way they anticipated. By the end you are served some lukewarm vindication, and you breathe a sigh of relief, but the question arises, who exactly should you root for? Who is the lesser of these two evils? All I know is, if I see another movie that is over 2 hours long, where the last half drags and a good 30 minutes can clearly be cut out, I am turning it off! This isn’t to say I didn’t enjoy the film, which is testament to the engaging story line and prowness of the characters, but I am tired of this trend of making films longer than they should be! You hear that Hollywood? IF YOU WANT THE BELT, COME AND GET IT! 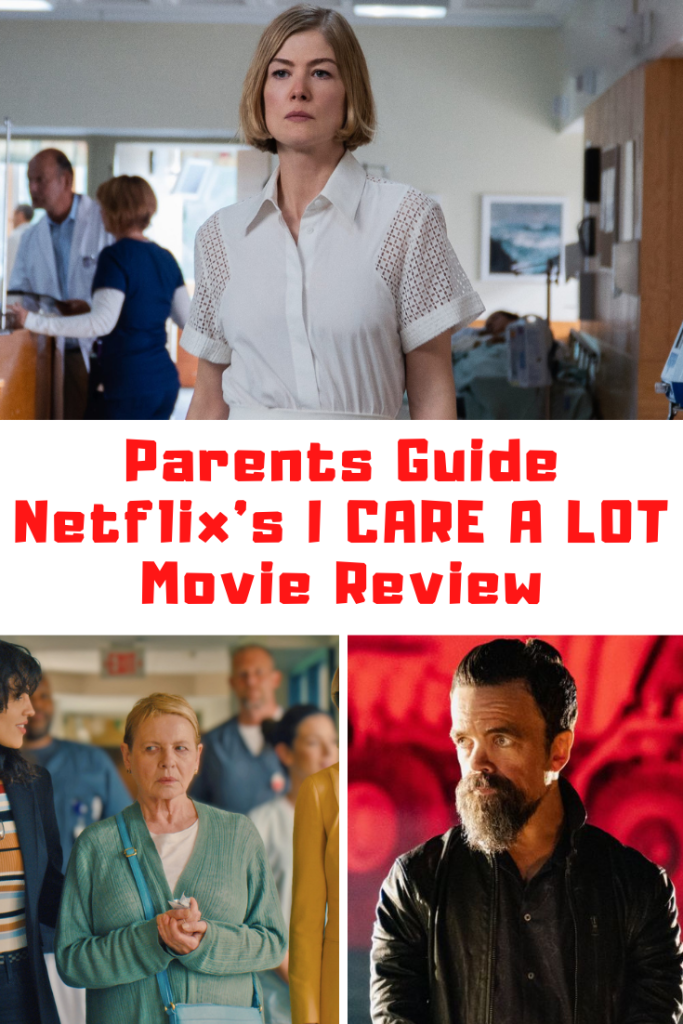