Nomadland may very well be the best movie of the year, that is if you are into these sorts of arty films. Check out the details in my parents guide movie review.

Nomadland is based off Jessica Bruder’s book Nomadland: Surviving America In The Twenty-First Century and drops on HULU tomorrow, February 19th. The film follows Fern, Frances McDormand, as she travels aross the country and meets real life nomads. These nomads she encounters on her journey actually play themselves in this film! Check out all the details in my parents guide movie review.

Fern (Frances McDormand) is a widow who turns her van into an RV and begins a nomadic lifestyle where she travels from RV park to RV park, living out of her car and using the restroom in a bucket.  While working a temporary job for Amazon fullfillment, Fern meets Linda May (playing herself) who convinces her to join Cheap RV Living YouTuber Bob Wells annual Rubber Tramp Rendezvous in Arizona. There she meets an entire group of people living the nomadic lifestyle and they teach her the ways of the nomadic road. 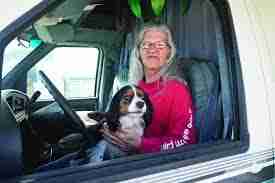 Lets take a look at what parents need to know before letting their kids watch Nomadland.

Language: The film does contains some harsh language with the strongest cuss word used being the B-word.

Nudity: There is a scene where a character bathes in a lake and you can see the full frontal of this female character.

Mature Content: Characters discuss terminal illness like cancer, death and suicide. It discusses people having to travel from place to place because of the financial state they are in.

Frances McDormand already holds two Best Actress Oscar awards for her role in Fargo and Three Billboards Outside Ebbing Missouri. So saying she quite possibly has given the most powerful and most phenomenal performance of her lifetime is saying a lot. The magic she delivers in Nomadland is not with what she says, but with what she doesn’t say. The film is light on dialogue but it is the candid moments where the beauty of the film really excels. Her co-stars not actors themselves, but rather real life nomads, helping to pull off this movie magic is in no way an easy feat.

In saying this, Nomadland is not for everyone. There is no “action” to speak of, no knee slapping jokes, there is no mystery to solve, but there is a beauty in this film’s subtley. Vast, breath-taking landscapes prevail in this film and while it is light on plot and dialogue, its simplicity is what makes this film so powerful. As we begin to dive deeper into the characters and their motives, we begin to see how these nomads are there by choice and not by circumstance. In some ways this minimalistic lifestyle is one to be admired. It must be very freeing to not be tied down by a mortage, bills, debt and our many possessions but instead find happiness in exploring the world around you and the beauty this land has to offer.

This past year enduring the pandemic has forced the majority of us to slow down and get back to our ‘roots’ in some ways. Heck, I even began baking bread and started my own garden this past summer! It made us appreciate so many of the little things. Nomadland takes this to the next level, even watching it I was appreciating my toilet even moreso, because that bucket life does not seem for me! 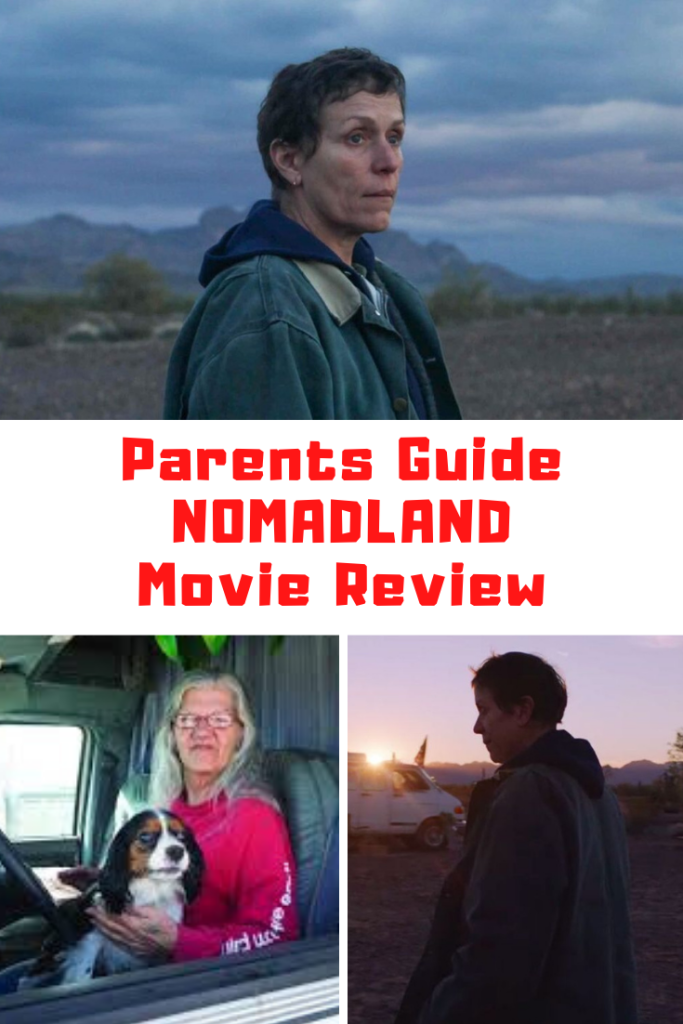