Tom & Jerry: The Movie brings back all the cat and mouse nostalgia from your childhood days and delivers an enjoyable remake to share with a new generation. Check out the details in my parents guide movie review. 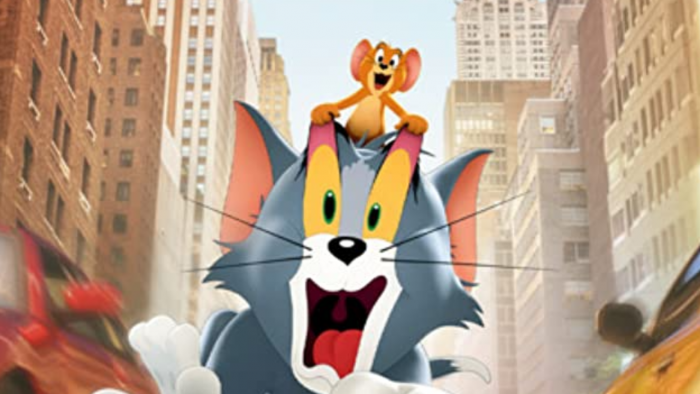 Tom & Jerry: The Movie is coming to theaters, as well as streaming on HBO Max, Friday February 26th! Seeing the crazy cat and mouse antics on the big screen brings back all the nostalgia you may remember from your childhood days. But will the remake live up to the cartoons we all know and love? Check out the details in my parents guide movie review.

A legendary rivalry reemerges when Jerry moves into New York City’s finest hotel on the eve of the wedding of the century, forcing the desperate event planner to hire Tom to get rid of him. As mayhem ensues, the escalating cat-and-mouse battle soon threatens to destroy her career, the wedding, and possibly the hotel itself. 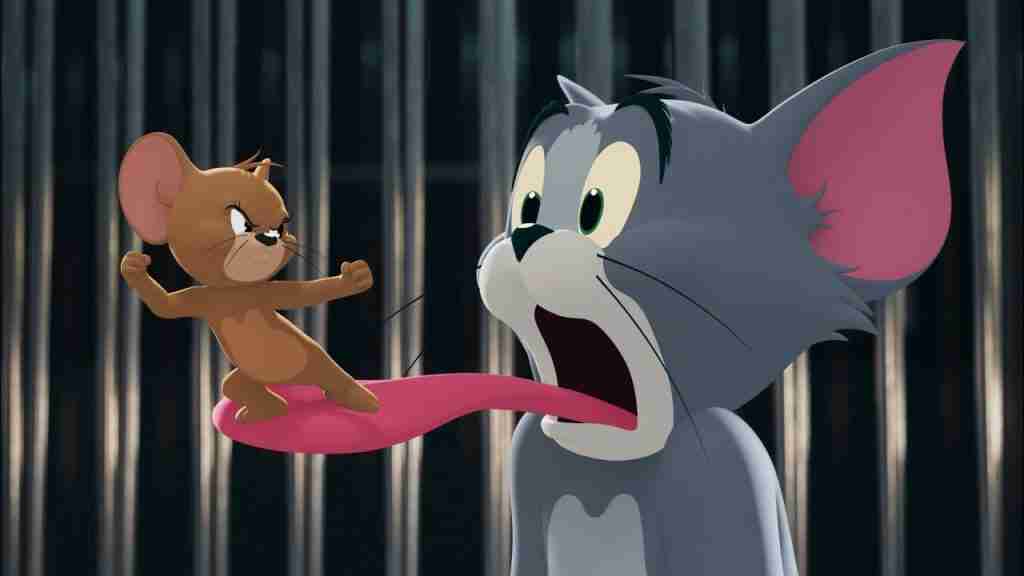 Lets take a look at what parents need to know before allowing their kids to watch Tom & Jerry: The Movie.

Language: This film includes very mild language, the most offensive words you may hear in the film are words like “freaking” and “sucker.”

Inappropriate Content: There are a couple of scenes which parents may find inappropriate for children. One particular scene Jerry photocopies his butt. Although he is a mouse and does not wear clothing, you can see the photo of his bare bottom. If you are aware of the original cartoons, you will know Jerry is somewhat of a thief and this also rings true for this film. Jerry steals items from around a high end hotel, including a very expensive diamond ring. In the film Tom and Jerry also take part in some dangerous antics. You will also hear some passing gas jokes.

The classics never die. It seems with every generation there comes a new iteration of some classic movie or show. Tom & Jerry is one such classic that has been delighting audiences since 1940. That wacky cat and crazy mouse have been beating each other up for so long, that the younger generations might not even know where it all began. The cartoon itself has run the gamut of great to mediocre. The earliest are my favorite, the original shorts directed by William Hanna and Joseph Barbera and produced by Fred Quimby. Once Gene Deitch and Chuck Jones took over in the 60’s it just didn’t have the same flavor. Yet even those shorts were better, in my honest opinion, than subsequent versions that followed; shows that Millenials grew up with such as: Tom & Jerry: Kids (1990-93) and Tom and Jerry Tales (2006-08). As far as the movie versions are concerned, I was shocked to learn that the last time Tom & Jerry made it to the big screen was Tom & Jerry: The Movie in 1992! Many direct-to-video films have been made and forgotten since then, but obviously it was time to give the silver screen another go.

Tom & Jerry: The Movie (2021) took quite a while to get off the ground since the idea for its inception in 2009. Intended at that time to be a live action/animated hybrid ala Who Framed Roger Rabbit, it languished in pergatory for years with plans morphing into a fully animated film by 2015. A few more years later it was back to the current production of live action/animation hybrid which may give fans of the original shorts pause. Tom & Jerry: The Movie (2021) is not the Tom & Jerry you grew up with, but it may very well be the one your kids grow up with. This is sure to be many kids first foray into this beloved classic and it’s entirely possible that years from now they discover how long Tom & Jerry have really been around, and have their mind blown!

Tom & Jerry: The Movie (2021) takes place in New York City and finds Tom having been ousted from his house for being a no good loafer. Homeless, he tries busking for dollars when Jerry happens along and causes mischief as usual. Their shenanigans cross the path of Kayla (Chloe Grace Moretz) and ultimately causes her to lose her delivery job. Stopping by a ritzy Manhattan hotel for some free grub, Kayla fools a waiting job applicant into thinking she was the interviewer and sends her away, but not before she pilfers her overqualified resume. The manager, Mr. DuBros (Rob Delaney) hires her to be the new event planner, and just in time too, as celebrity couple Ben and Preeta (Colin Jost and Pallavi Sharda) have “The Wedding of the Century” set to take place at the fancy Royal Gate Hotel. Ostensibly, Ben and Preeta are meant to imitate Nick Jonas and Priyanka Chopra at least in spirit and fame, and Kayla’s boss, deputy manager Terrance (Michael Pena) will stop at nothing to ensure it goes off without a hitch. But as luck would have it another resident of the hotel, Jerry, is discovered there and this will not do. Kayla is tasked with exterminating the little troublemaker, but this soon proves more difficult than she had imagined. It doesn’t take long for Tom to arrive and Kayla hires him to help get rid of Jerry once and for all. Comedic mishaps a-plenty ensue as Terrance begins to suspect that Kayla may not quite be who she seems.

Rounding out the cast is Ken Jeong as the hotel chef, Patsy Ferran as a quirky bellhop, and Bobby Cannavale as Spike the animated bulldog. Spike, is one such classic Tom & Jerry character to make an appearance, along with Butch the alley cat and Droopy. The movie itself is cute and will provide a lot of laughs for the youth of today, but if you are die-hard fan of the old school Tom & Jerry, it’s best not to get your hopes up that it will quell your desires for more of that ilk. Though it should be well known by now that those days will never return, as evidenced by the plethora of reboots we’ve seen over the years. I was impressed by the classic hip-hop soundtrack stand outs, featuring deep cuts by A Tribe Called Quest and Eric B. & Rakim interspersed with the original score. Overall, I definitely enjoyed watching Tom & Jerry, even though I had originally balked at the idea of a hybrid version. There is something for everyone who has been a fan from the way back, and not-so way back. Newcomers will undoubtably enjoy it as well, and perhaps be delighted to peruse the extensive catalouge of the past as a result. 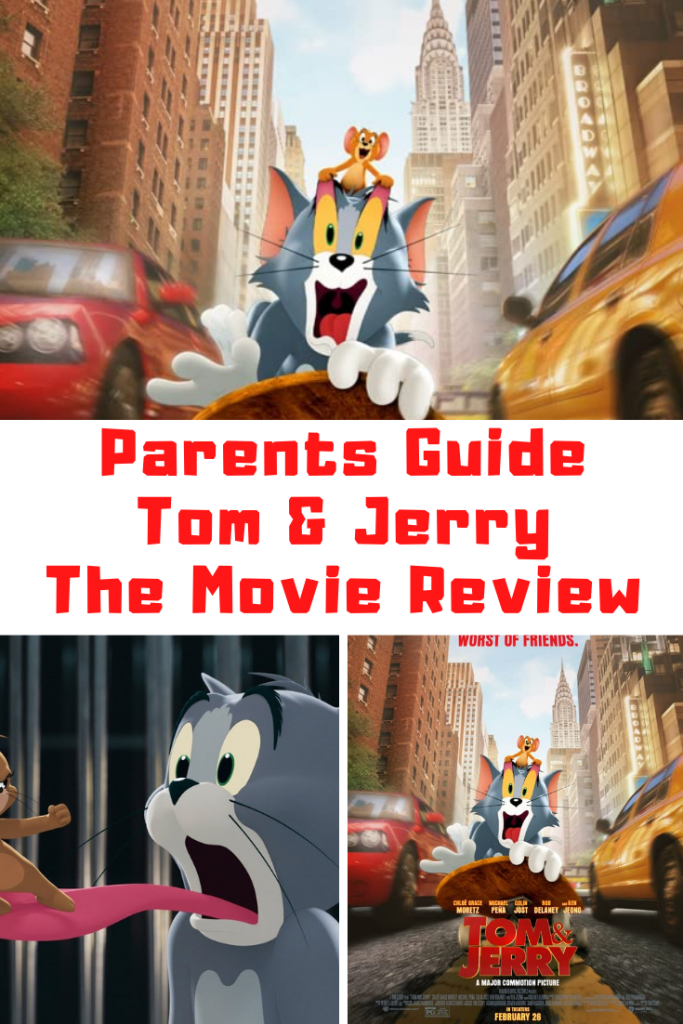