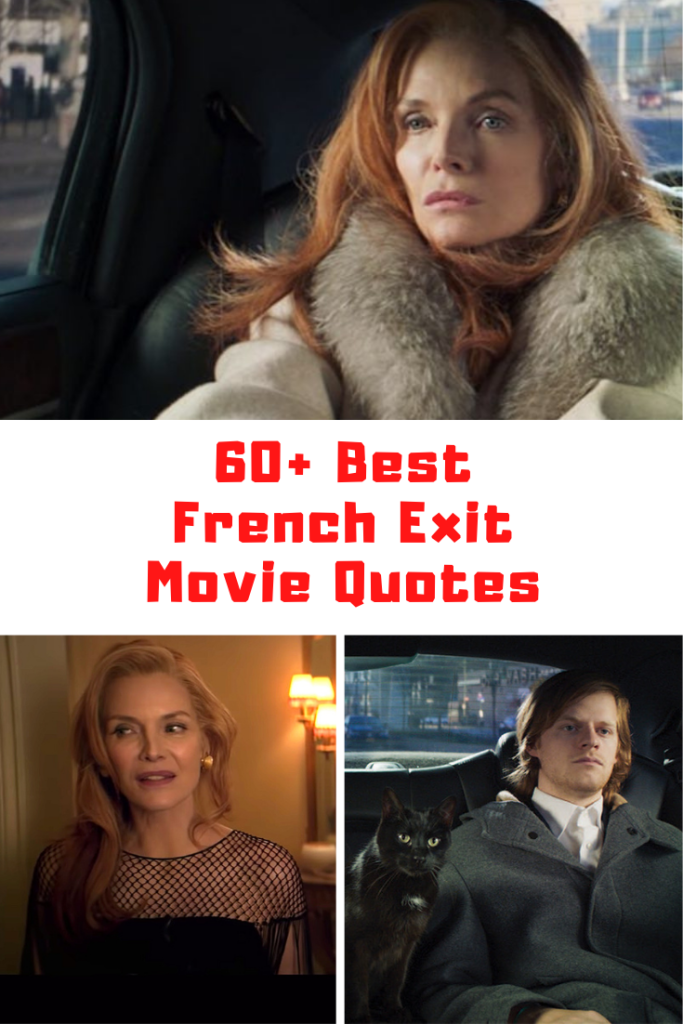 French Exit, starring Michelle Pfeiffer, is coming to theaters this Friday April 2nd. I will have a review of the film coming soon, so make sure to stop back by to check it out, it will be linked down below. In the meantime, I wanted to share a list of some of the best quotes from the movie. I love me a good line and this one had some really thoughtful ones. Check out this list of 60+ best French Exit movie quotes from the film.

What do you wanna do? Want to come away with me?

To be youngish and in love-ish.

Certainly I’ll be able to keep the money I brought into the marriage.

My plan was to die before the money ran out.

Now I want you to tell me what to do.

Have you heard any rumors regarding my mental health?

The hens are clucking, Frances. 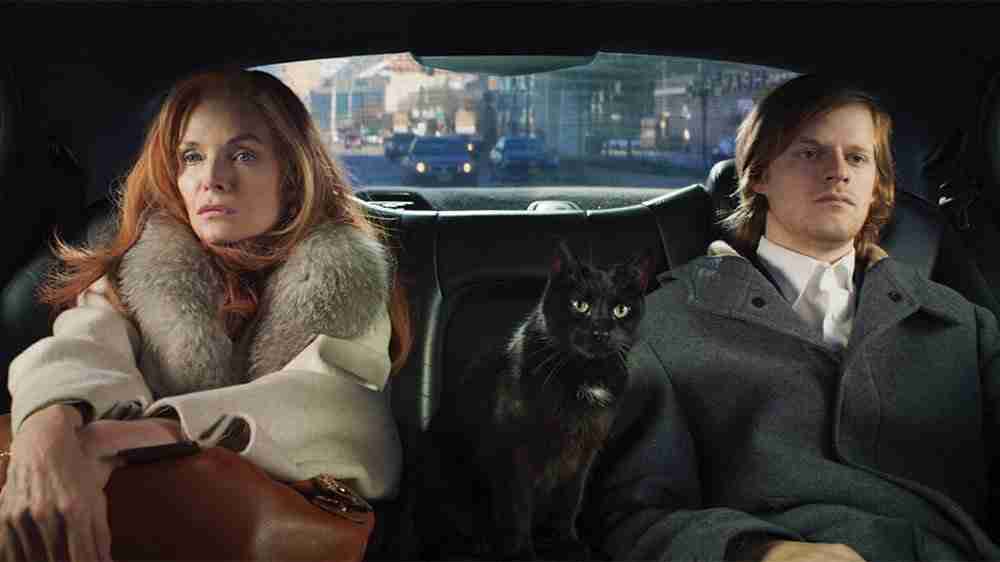 I want you to know that I’m trying to fall out of love with you.

You don’t bring flowers to someone you’re saying bye to, Malcolm.

All good things must end.

They broke the mold with that one.

You told that woman she’s dying?

I’m not sure how we’re going to get you into France.

All of that lovely money.

I can show you something very terrible if you like.

I’ve always been able to see what’s going to happen.

He’s having a siesta until we are through customs.

Did you know it’s Christmas Eve?

Would anyone like a martini? I’ve been waiting all day for mine.

You’re being a d*ck.

He died in that very chair.

A steak is simply a steak.

Is it something someone uses alone or with someone there, to help?

Why would you want it cold?

The poor man didn’t know what to do, he was so ashamed.

Sorry I was rude to you. My life has fallen completely to pieces and I’m upset about it.

I’m calling because I wanted to hear your voice.

What are you thanking me for?

If you feel that way and he’s run off, can’t you simply let him go?

My dead husband lives inside of that cat.

Frank ran away because I told him something he didn’t like.

My son knows her, carnally.

Just you find the little witch for us, all right?

When the money runs out, I’m going to kill myself.

He was blown up like a balloon, the color of one too.

It’s just the small matter of Frances intention to kill me with her bare hands.

Was I that repellant of a creature to you?

He just told you what’s eating him, Frank. He hates you.

Forgive me for my state, I’m normally quite handsome.

See that man over there? He’ll take your money. 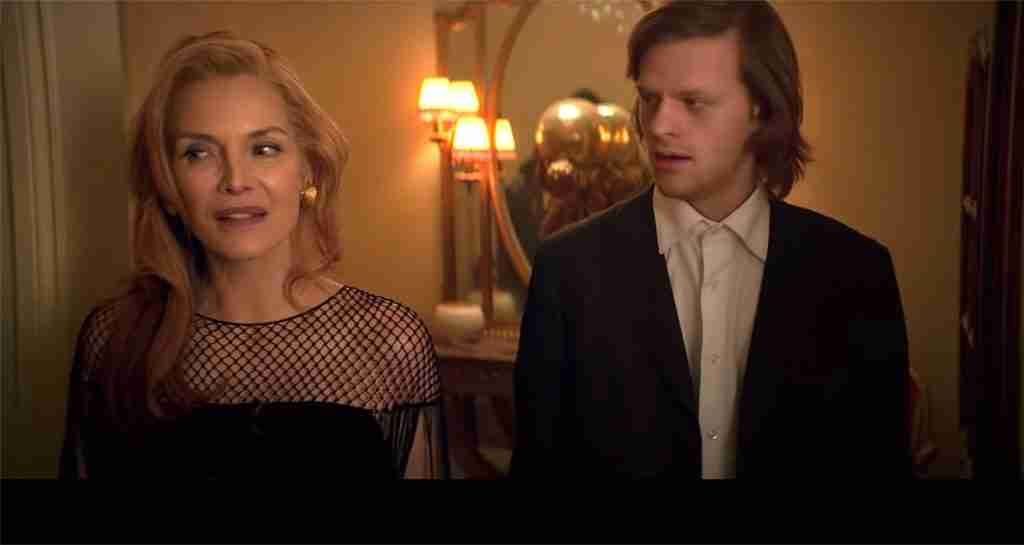 A low day and the mood has past.

If I’m not mistaken, she wants him.

I’ve been neither lucky or unlucky. I’ve been luckless.

The idea of suicide coming from you. It’s such a cliche, isn’t it?

Do you know what a cliche is? It’s a story so fine and thrilling that it has grown old in it’s telling. People tell it, not so many live it.

I’m bothered by the thought of you hating your father.

Why did you have me in the first place?

Your father is an emotional moron but he isn’t evil.

I didn’t know you were you, I’d come right away if I would’ve known.

I’m feeling badly about our last conversation and I want you to know I don’t hate you anymore.

Something in the sight of this city sent up an alert.