The Father will rip you into pieces and then rip your pieces into pieces. A heartbreaking film to watch, especially for someone who has experienced caring for a loved one with dementia. Check out the details in my parents guide movie review. 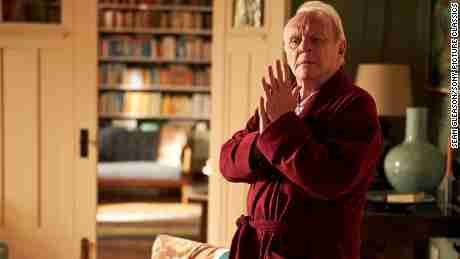 The Father is adapted from the popular French play Le Père by Florian Zeller, who also co-wrote the film screenplay and is in theaters today, March 19th! The film stars Oscar award winning actors Anthony Hopkins and Olivia Colman and examines the descent into dementia and the burden dementia caregivers endure. Check out all the details in my parents guide movie review.

The Father was adapted from Florian Zeller’s play Le Père, which translates to ‘The Father’, and tells the story of Antony (Anthony Hopkins), who recently moved in with his daughter Anne (Olivia Colman). As the story unfolds, viewers realize this story is more than meets the eye.

Lets take a look at what parents need to know before letting their kids view The Father.

Language: The film contains some strong language with profanity use, including words: b*tch, f*ck off, ret*rded and t*ts. However, the word t*t means “stupid person” in the UK and not what Americans usually associate with the word.

Violence: There are a couple of hard scenes to watch, which deal with violence on elderly people. One scene shows a character trying to suffocate another character with a pillow. There is another scene which shows a man slapping and elderly individual.

The movie deals with an elderly man suffering from dementia, which could be triggering for some viewers who have dealt with a loved one with dementia.

The Father may confuse some at first but that is exactly what it sets out to do, as viewers are placed within the mind of the main character whose memory is deteriorating from dementia. The signs start off slow at first, with simple memory losses like misplacing a watch and then progress (much like the disease itself) with total character and environment changes. Many stories which focus on the topic of dementia have been told before, usually from a loved one or caregiver perspective, but the power of placing viewers in the perspective of the sufferer is insurmountable. The simple act of replacing a character from one actor to another reveals firsthand the devastating reality of the disease.

Anthony Hopkins’ performance is award-worthy, which isn’t suprising from the veteran actor.  At times viewers see a glimpse of the man he was; charming, witty with a skip to his step and a cadence to his voice, then moments later you’re devastated as you are reminded of the horrific effects of the disease. Yet Hopkins doesn’t hold back, he is brillant in his state of confusion flawlessly blending the agitation, panic, and fear those suffering from dementia experience.

Olivia Colman convincingly portrays Anthony’s daughter, who has been forced into having to care for her ailing father. Even in the most painful and frustrating moments while dealing with her father, the undeniable love and sadness she exudes is evident in the agony within her eyes. Other characters with a less evolved releationship with Antony run the gamut from laughter to violence when confronted with his condition, as he unwittingly tests their patience with what seems so obvious. This effectively nails the perspective of those on the outside looking in, and puts a finer point on the poignance of this masterful film. You’ll laugh, you’ll cry, you’ll hope this never happens to you or anyone you love, but instead of running away from this movie, you owe to yourself to embrace it, and learn from all it has to teach about the human condition and the humanity that not just Antony, but many have forgotten. 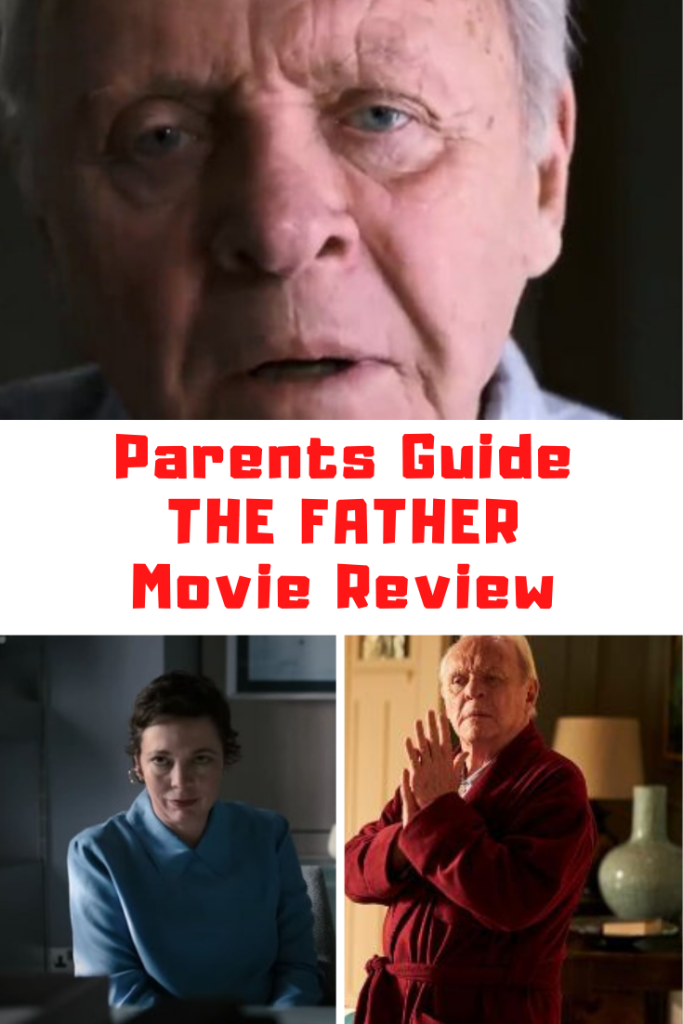