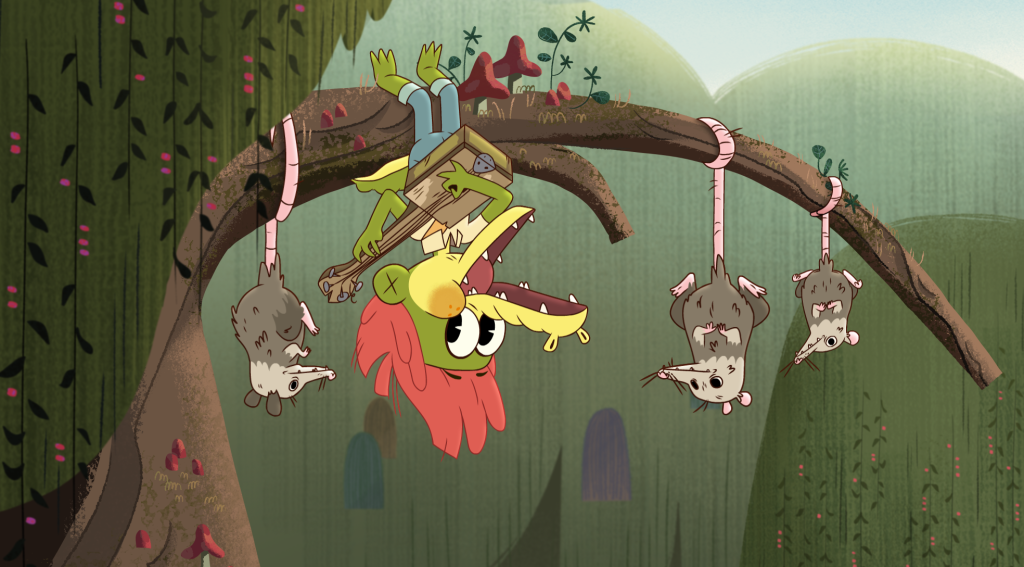 Arlo The Alligator Boy is now available to stream on Netflix today, April 16th. In honor of the release, I was invited to attend a press junket with the cast and creators of the movie. The film is such a fun and quirky animated movie that really celebrates our differences!  Some of the cast was LGBTQ+, so I was looking forward to hearing what they felt working on such an inclusive story. Check it out!

Arlo The Alligator Boy is not only a story about acceptance and celebrating differences, but it also encompasses a LGTBQ+ inclusive cast including Michael J. Woodard, who was one of the first openly gay contestants on American Idol and Mary Lambert, best known for her contribution to the song ‘Same Love‘ where she drew upon her experiences as “a lesbian growing up in a tumultuous, Christian upbringing.” Lambert, Woodard and Crego touch on the inclusiveness and diversity in the film.

“I have my own sort of perception and relationship to these characters. Being queer and being fat and being bipolar, I think, for so long. I didn’t feel like I belonged anywhere. And so my relationship with Bertie, I feel parallel to her. And I think there’s a really strong identification to chosen family towards the end, and a real strong sense of home, and home, being wherever you are with the people you love. That’s been such a through line, not only through the movie, but through the series, you really get that sense of you build home, wherever you find community, and I love that about the storyline.” –Mary Lambert

“I think there’s a character for everyone in this movie. Everyone has this distinctive quality that somebody will be able to identify with, whether it’s Bertie, or whether it’s Arlo, or Felicia, or even teeny tiny Tony. It’s funny because they’re all on the same journey. Like physically, they’re heading towards the same place, but in their lives [too]. Every journey is so unique and specific and special. The diversity is a beautiful thing to see. I think that’s something that everybody will be able to relate with — everyone is so different. I relate with Arlo in so many ways, because he is different. He’s quirky, he’s weird. He’s happy for no reason. The diversity is beautiful, and everybody will be able to relate to someone in this.” –Michael J. Woodard

“They all come from their own unique places, but they are a family. I think that this messaging is very important in the world right now. It’s something that I’m super proud of.” –Ryan Crego 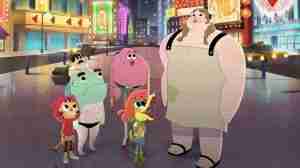 If you have watched Arlo The Alligator Boy, you will quickly realize the movie is all about the music. This animated film is very much a musical with each song driving the storyline along. Of course during the interview with the talent, we had to discuss the songs in the film!

“I’m excited for music. I love the music. Of course, I’m a singer. It’s good to give Arlo another level of character. I know Arlo is already a great person, but the fact that he can blow too,blow as in sing really, it’s not bad.” –Michael J Woodard

“You can’t make a show, especially with these two, without without doing music. It is that sort of the the heart and love of the movie, and I wanted to make sure that when we got into that series, that we could carry that with us.” –Ryan Crego

“I’m just so excited for people to hear the music, I feel really lucky to have had the career that I have, but one of my favorite things during shows is having little kids come up to me and sing my songs. I just think it’s the cutest thing in the world. I’ve always just wanted to be Idina Menzel and have a little girl princess just coming up singing ‘Let It Go.’  I’m really excited for little kids singing, ‘Follow Me Home’ or ‘Better Together’ and just the messaging of the whole film is so exciting. I’m excited to see how people respond to the music.” –Mary Lambert

Arlo the Alligator Boy is NOW streaming on Netflix!