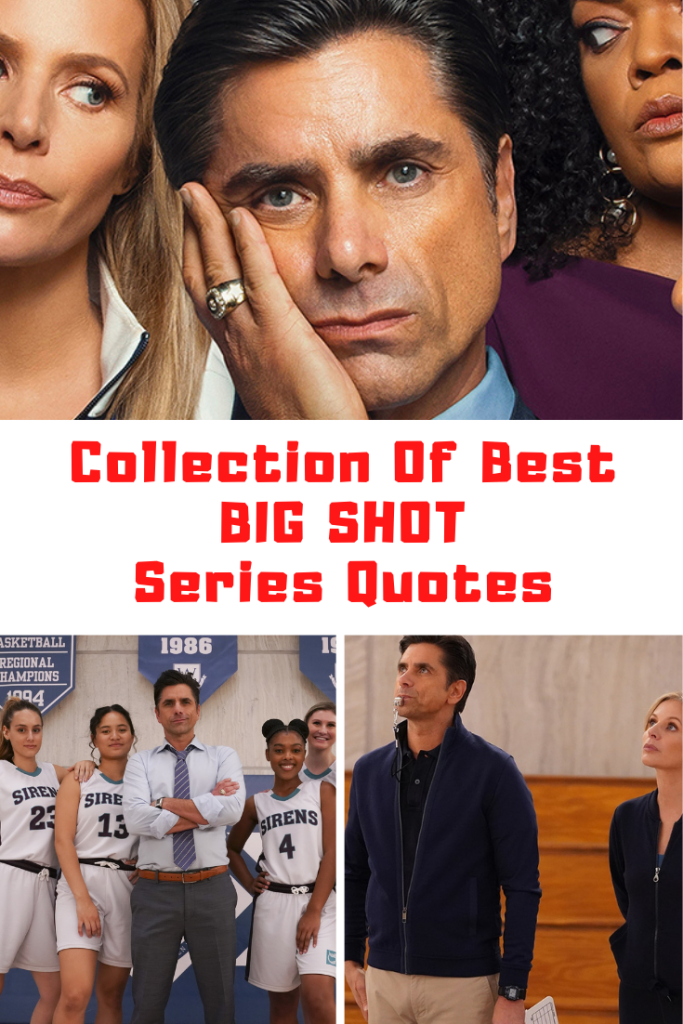 DisneyPlus has a new series which is simply adorable called Big Shot, which stars John Stamos and drops on the streaming service Friday April 16th. I will have a series review coming soon, so make sure to stop back by, it will be linked down below. In the meantime, I wanted to share a list of some of my favorite quotes from the show. I love my a good line and this one had some adorable ones! Check out this collection of some of the best DisneyPlus Big Shot quotes.

It’s not something you want, but it’s a job, a way back in.

I am the most winning, active coach…

Coaches here are not just coaches, they are teachers. They are expected to be role models.

No one wants you Marvin, you are toxic at the moment.

I’m tempted to say just treat them like the boys.

These girls are going to lead the world some day.

I am mostly a nice person, sometimes I am not.

We don’t believe in labels.

I know you have a way of doing things but this is Westbrook.

I pick and choose my players. 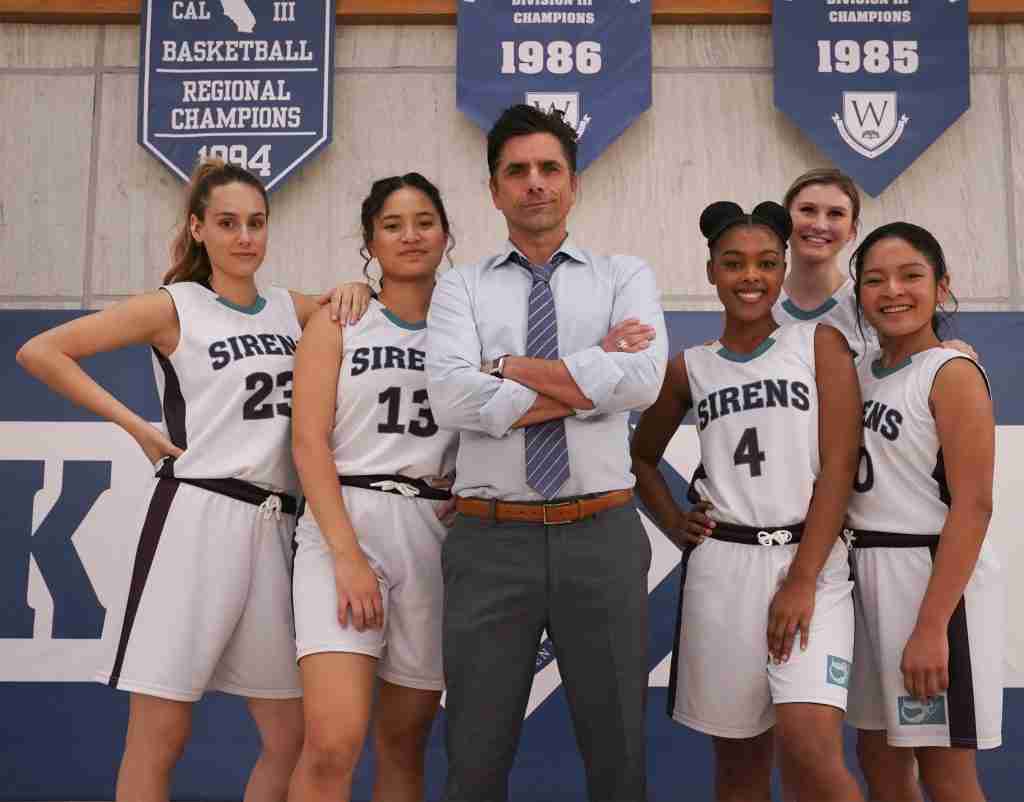 I love when old whites dudes point out my flaws.

They all said you were a psycho, they are wrong, you are just a bully.

I just want what’s best for the team.

You have four names plus a nickname?

Why don’t you run the world and I take care of basketball.

I think he wants to be a good person, he just doesn’t know how.

All I am is basketball.

It’s about making my father proud.

There’s such a thing as optics.

You brought me here to coach, let me coach.

That’s all I’m asking of you, try your best.

The thing about life, which they don’t tell you in high school, is life is cruel and that it’s difficult. And you don’t have a fighting chance, unless you fight.

You’re all about setting an example, set one.

This outcome was unacceptable. But we are just getting started.

That loss was better than any win we have ever had.

If we are going to win, we win with class.

Why can’t you ever find the joy in anything?

Even when we literally win, it’s like we can’t win with him.

Never satisfied that guy, that’s why I brought him in.

It’s hard enough to just have one coach.

For the first time, I truly believe that we can do something special.

He thinks 10 minutes early is late and we have to miss an entire practice.

I don’t teach your players, you coach my students.

Are you sure you’re old enough to drink coffee?

You are doing what you always do, aren’t you? Rubbing people the wrong way.

We are going to lead the league in invisible ball passes.

I didn’t realize we had a class called “The Basketball Team.” 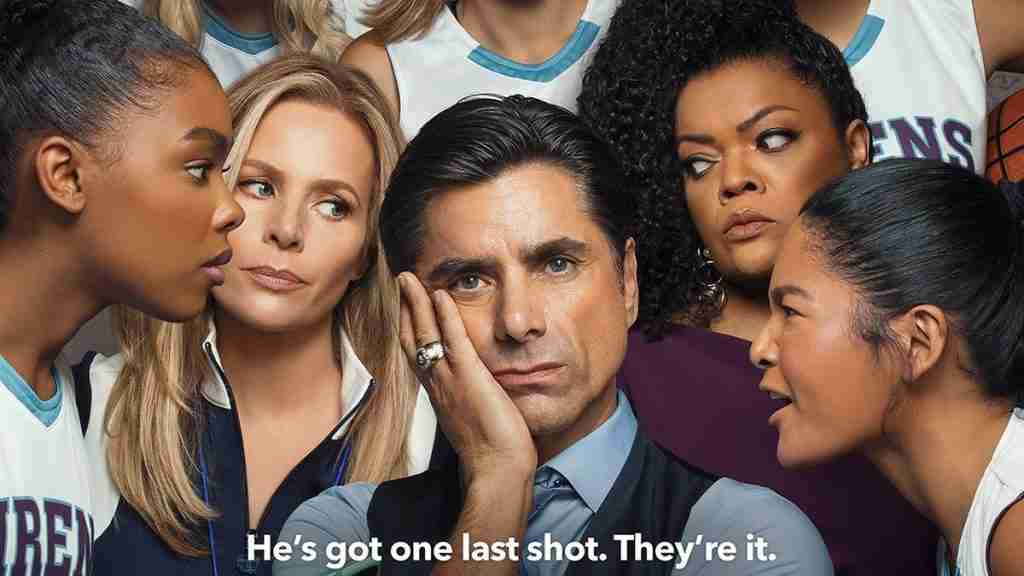 We finally get a coach that cares and this is what happens.

Can’t you find the joy in anything?

You were, my first coach, but now I just need you to be my dad.

You change his mind about you, he changes the mind of the faculty.

I’m a tough nut to crack.

Teenagers have the attention span of a titsy fly.

I don’t know the meaning of the word pressure.

Of course I need you, you are my daughter.

Westbrook has never had us.

I guess coach is emotionally unstable.

She has a crush.

Are you objectifying me?

My daughter starts school here tomorrow. I was wondering if you could help her out, take her under your wing.

If we’re not nice to her, we’re going to get benched.

This is High School, Marvin. Go home. Go be with your daughter.

I feel like this is maybe about my Dad.

My father was the highest paid public employee in the state, by a lot. Just to coach basketball, doesn’t seem right.

As a culture we worship sports figures.

But I guess there is also the law of supply and demand.

Maybe you can take a break and go coach in the big 10. While you’re there try winning 12 Conference Titles and 3 National Championships. Pretty easy, right? Although, only one coach has ever done that. He works here now.

You’re in my office cause you won that argument.

You really are your father’s daughter, aren’t you?

Welcome to Westbrook Miss Korn. I look forward to never seeing you in that seat again.

What don’t you understand about “You are a legend now?”

I don’t need you fighting my battles, okay?

Is it okay if I give you a hug?