Concrete Cowboy has potential but fails to delve deeper into what makes this story interesting, rather it focuses on another teen on the streets plot. Check out the details in my parents guide movie review. 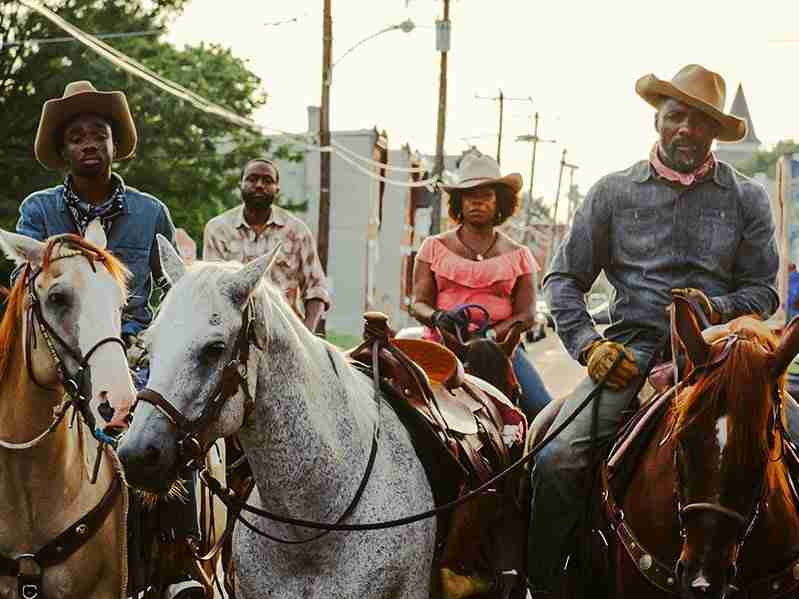 Netflix’s new film Concrete Cowboy dropped this past weekend and is based off of the true life events of Adam Hollingsworth who is known as Chicago’s Dreadhead Cowboy. Hollingsworth went viral last year when he attended Black Lives Matter protests on top of his horse, sparking attention on the “Black Cowboy” within major cities. Concrete Cowboy explores the subculture in this coming-of-age story. Check out all the details in my parents guide movie review.

Teen Cole (Caleb McLaughlin) keeps getting in trouble at school and his mother has had enough, so she drops him off with his estranged father Harp (Idris Elba). Harp is a ‘concrete cowboy’ in Philadelphia where he tends stables there and even has a horse living in his home. Cole soon gains interests in his father’s world of horses but when he reunites with an old friend, Smush (Jharrel Jerome), he becomes torn between the cowboy life and life on the streets.

Lets take a look at what parents need to know before allowing their kids to view Concrete Cowboy.

Language: The fil contains some very strong language, with profanity used throughout. Words include: f*ck, sh*t, b*tch, n*gg*, and a**.

Violence: Violence in the film includes criminal behavior with police chases and gang related violence. There is a scene in which a group of teens tries to stuff a rival into the trunk of a car.  Another scene in which a young teen is shot on the streets and dies from his wounds.

While Concrete Cowboy features some big names, including Idris Elba and Caleb McLaughlin, it also includes the use of real Fletcher Street riders, most notably Jamil Prattis “Paris”. This trend of including individuals who are actually living in the subculture the film explores seems to be paying off, and gives such films an added authenticity, this is especially shown in Nomadland, which has recently been nominated for an Oscar for its unique style. While Concrete Cowboy includes the charismatic Elba to help carry the film, he is often rivaled onscreen by real life cowboy Prattis and dare I say, Prattis steals the show when sharing scenes with both Elba and McLaughlin. It was a brilliant move to include him in the film and his presence definitely paid off.

Some of the most remarkable scenes in Concrete Cowboy are the intimate moments between “rider” and horse. When it comes to cinematography, Minka Farthing-Kohl perfectly captures the majestic beauty of these gorgeous creatures in awe-inspiring slow-motion scenes of horses galloping through the streets of Philadelphia. It is these raw moments with human and beast which create the most dynamic scenes in the film.

Where Concrete Cowboy misfires is the lack of centering the storyline on these viral cowboy sensations but rather muddying the plot with yet another coming-of-age story of a teen being pulled into the world of drug dealing. The whole Smush subplot is predictable, over-done, and riddled with cliches and tropes reminiscent of a PBS afterschool special. Not focusing moreso on what makes this story fascinating, the Concrete Cowboys, is the real let down especially considering the film title even suggests the film is based on these real-life cowboys. Instead, the movie could have been more accurately titled: Generic Life on the Streets: Cowboy Flavor. 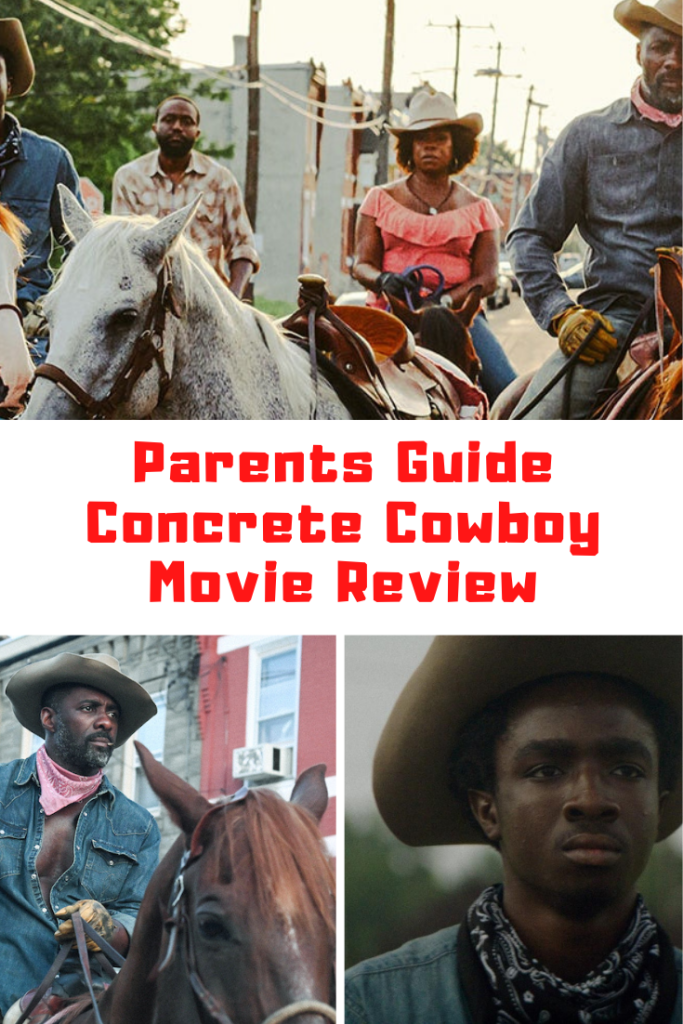