Netflix‘s Shadow And Bone is a magical, fun adventure which will captivate audiences of all ages. Check out the details in my parents guide series review. 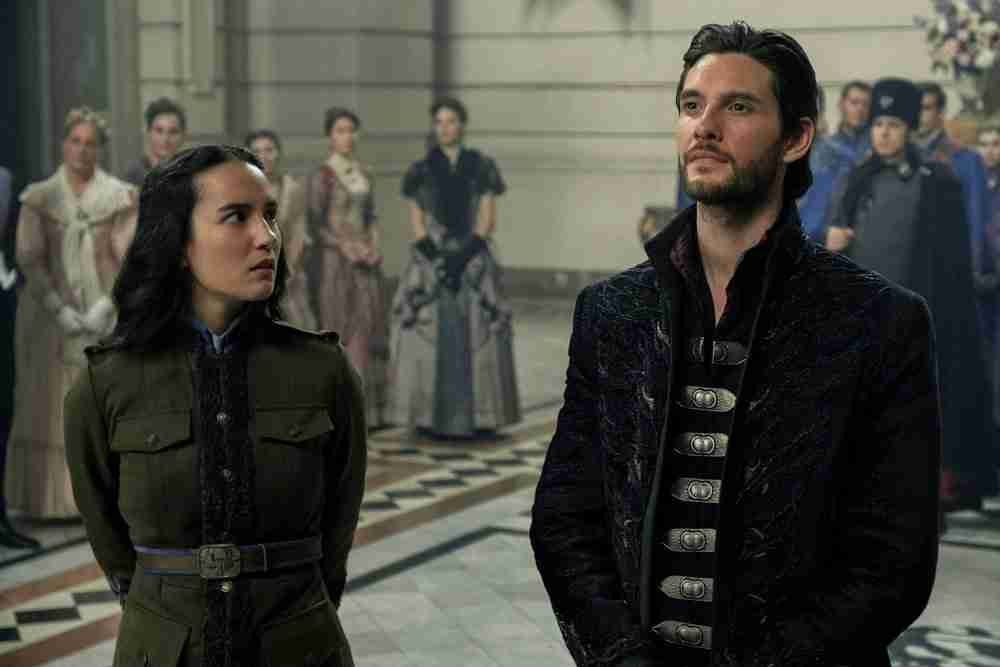 The new Netflix series, Shadow And Bone, drops on the streaming service this Friday, April 23rd. The series is based off of the popular novel series of the same name by Leigh Bardugo and is part of the Grisha Trilogy. It is a fantastic, magical series which is a bit dark both in story and on screen. I have not had the pleasure of reading the books, however now that I have watched the Netflix series, it has made my reading list! Check out the details in my parents guide review.

Netflix Shadow And Bone follows Alina Starkov (Jessie Mei Li), an orphaned mapmaker who lost her parents to The Fold when she was a child. Her best friend Malyen Oretsev (Archie Renaux) has been by her side since the two were very young and grew up in the orphanage together. Alina is a Grisha, which is a group of witch and wizard-like beings. After a dangerous journey into The Fold, Alina’s powers were discovered, she can summon the power of light. Until now the Sun Summoner was only a legend, but once the Darkling (Ben Barnes) found out about her power, he took her in and began to train her, although he may have ulterior motives. 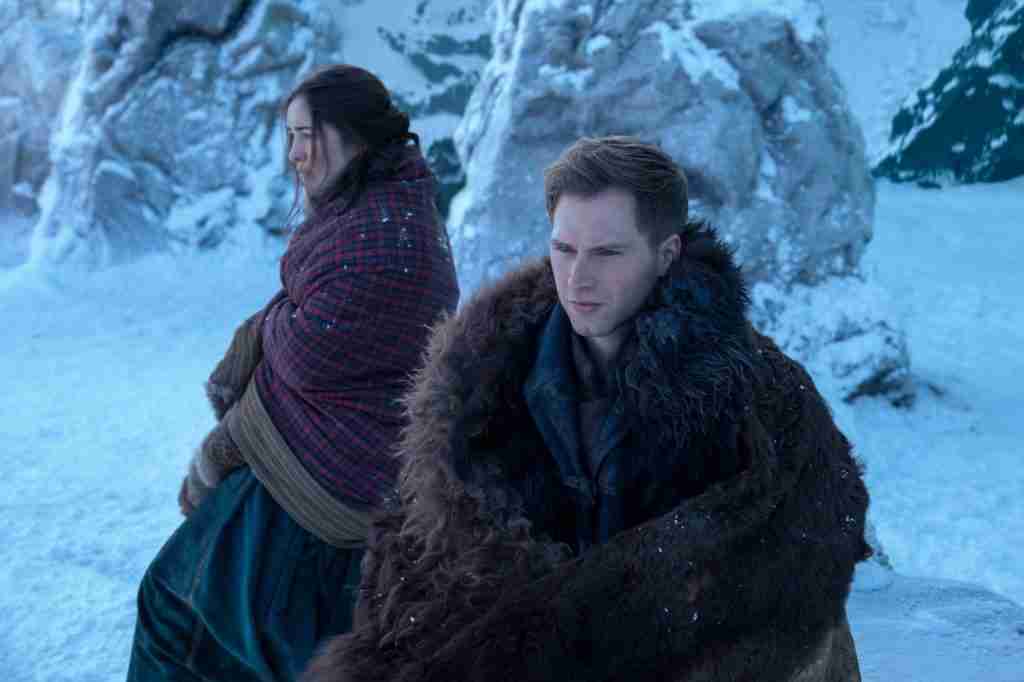 Lets take a look at what parents need to know before allow their kids to view Netflix‘s Shadow And Bone.

Language: Shadow And Bone contains mild language, nothing too harsh which may be disturbing to a younger audience.

Nudity/Sexual Content: The series contains some heavy kissing with implied sex, but no sexual content shown on screen. The only nudity to speak of is a topless shot of a female where you can see her naked from the side,however the breasts are not shown, and a shot of a females naked rear-end. There is a scene in which a male and female lay under a blanket naked together to keep warm.

Violence: The biggest lookout for kids in this series is the violence. The series contains magic with a good versus evil struggle and dark forces which attack and kill characters. There are guns, shootings, stabbings, death, bloody scenes, and more.

Netflix Shadow And Bone is yet another young adult fantasy thriller to make it to the streaming service. Based off Leigh Bardugo’s Grisha Trilogy, the series actually covers the first two books from the trilogy. Bardugo is a master at creating a beautiful and magical world in which readers can easily immerse themselves within. From the costumes, the CGI effects and alluring setting, Netflix Shadow And Bone enhances the magic of the story with gorgeous visuals that will delight viewers. At times however, I did find it to be a bit too dark and it was difficult to see the screen when watching the series in the daylight hours. I understand this tone aligns with the “darkness” of the story, but when one is struggling to view images on screen, it can become frustrating.

The cast selection for Shadow and Bone could not have been more on point. Jessie Mei Li is stellar as Alina, exuding strength with enough naivety in her powers to deliver a compelling character which hooks in audiences from the start. The chemistry between her and Archie Renaux is convincing, as one is always guessing if their undevoted friendship ever leads to something romantic. And counter to Mei Li’s light, Ben Barnes is the charismatic dark force audiences will detest while also not being able to resist his charms.

The LGBTQ+ viewers will appreciate the inclusiveness of a couple of the characters and references. While the script does a great job of including these LGBTQ+ characters, it does not define the characters by their sexual preferences. Not only was this representation a part of an integral character, as we watch Jesper flirt and hook up with another man, we also witness minor characters make statements admiring others of the same sex.

Ultimately Shadow And Bone is a fantastical story of good versus evil; light versus dark.  In this story, the light versus dark forces is a literal one, we have a sun summoner who does indeed drive out the dark. Yet I found myself envisioning so much more as I watched Alina face the dark forces with courage and tenacity. We all have dark forces we must face in life, but to shine our brightest light is to be who we truly are. 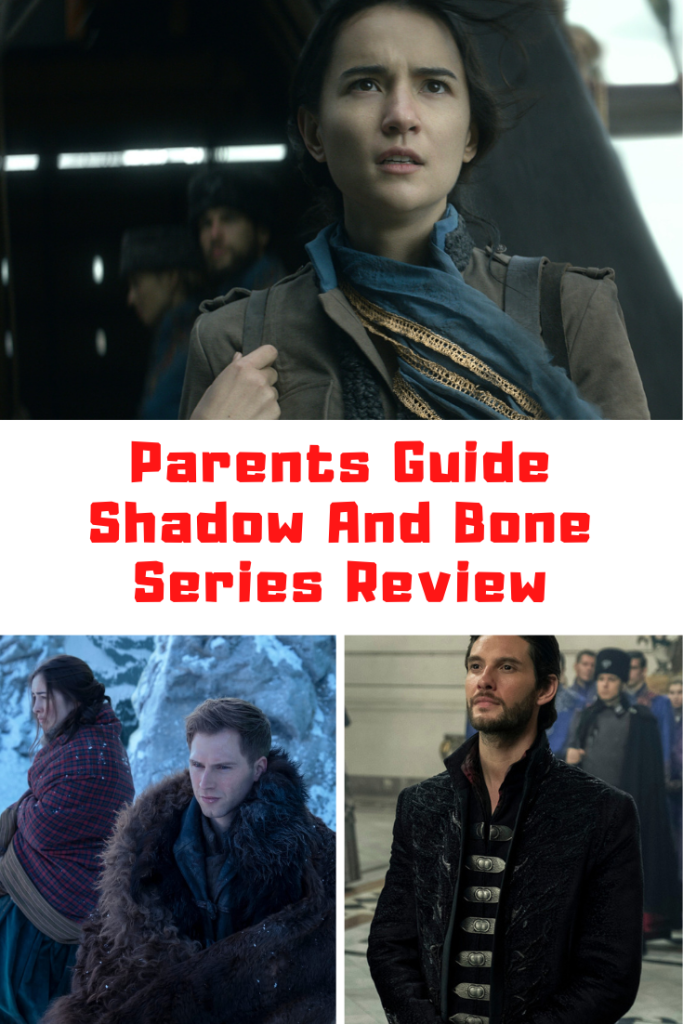