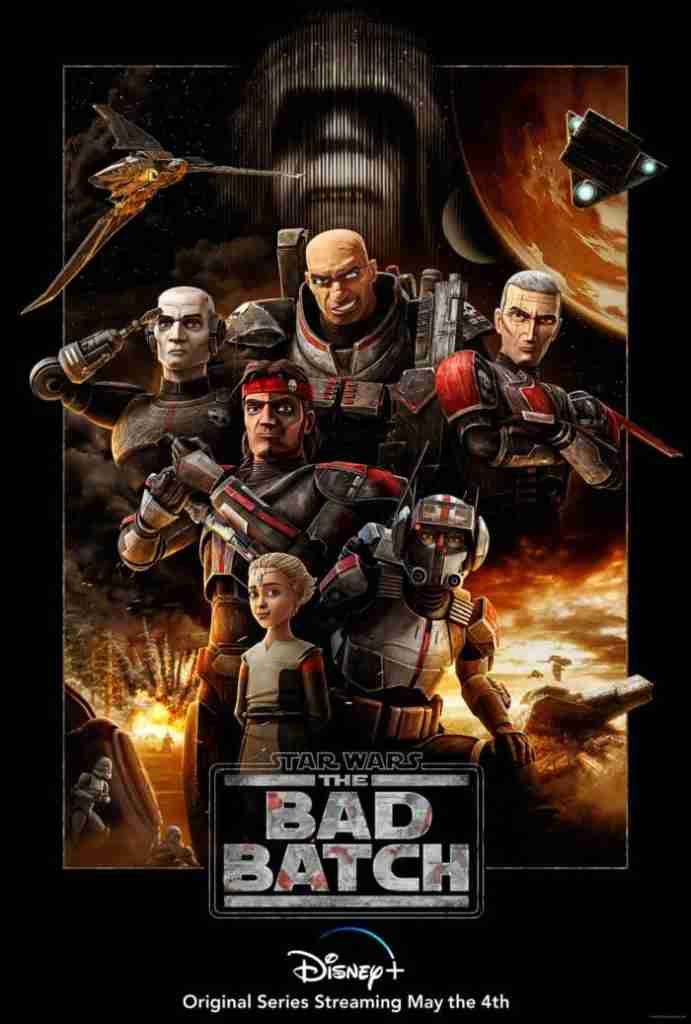 Star Wars:  The Bad Batch premieres today, May 4th, on Disney+ just in time for Star Wars Day! The series is the long awaited follow up to Star Wars: The Clone Wars and takes a look at what happens after the war is over. In celebration of the series release, I attended the interview for the series with some of the cast: Dee Bradley Baker, who voices the Clones, Jennifer Corbett, Producer and Head Writer & Producer Brad Rau. They discusses some fun facts about Star Wars: The Bad Batch including characters, cast fun facts and more!

If you enjoyed this Star Wars: The Bad Batch characters & cast interview, check out these other articles: Disney Plus’ 22Vs Earth Easter Eggs & more, The Mitchells Vs. The Machines cast interview.

Dee Bradley Baker voices the clones, like all of them and does an amazing job! During the press junket he describes The Bad Batch characters and personalities of “the gang.” Check it out:

“You’ve got Hunter, who’s kind of the leader of the pack. He’s got tracking skills and smell and kind of this heightened sense that helps him gauge the terrain. Then you’ve got Tech, who is very technically oriented – always has like a handheld device. Then you got Wrecker. Who to no surprise is the muscles of the group. He has incredible strength. Crosshair is the sharpshooter of the group who is kind of a contrary, character and quite interesting in the dynamic. And then you’ve also got Echo, who is a modified clone. An android clone from the Clone Wars episodes, who was brought on board with the Batch. That’s the gang.“

Dee went on to discuss Crosshair in particular, “Crosshair is a really interesting lynchpin member of the team because his usefulness in the team is that of a sniper. That’s someone that stands further back from the rest of the group, and just takes ’em out, one by one.  And that’s very much to his character. He’s not someone who’s running around with the team, he’s assisting the team in a very strategic and laser focused kind of way.  And so, his nature kind of sets to be apart with the team that he is a part of. That very definitely plays out as the political story plays out, this instantaneous mega transformation from Republic to Empire.  Which is a profound moment in the entire story of Star Wars.“

Check out the entire interview in the video below.

Dave Filoni is a name you recognize right off the bat in the world of Star Wars. He is amazing and is a trusted talent having learned from George Lucas himself. Filoni was definitely overseeing Star Wars: The Bad Batch, worked with Jennifer Corbett and Brad Rau very closely. Check out what they both had to say about him.

Jennifer Corbett: Getting the chance to develop the series with him, it’s like a master class in writing Star Wars. This being a sequel series, of sorts, to the Clone Wars, it was crucial that he be involved in the process. These are characters that he’s created and it’s the world that he knows. Every day, every script is a learning experience. It’s so exciting to see this show grow and develop with this team. He’s been fantastic to learn from.

Brad Rau: It was one of my regrets that I rectified later on in Rebels – to join as an episodic director. And then on Resistance. He’s an awesome guy, and a good friend. Really good, you know, I couldn’t think of a better mentor. Especially for Star Wars. The stuff he tells us every day is fantastic and amazing. Just collaborating with him and being able to work with you, Jen, so closely on this show’s been awesome. It’s been a dream come true.

Star Wars: The Bad Batch debuts on Disney+ TODAY May 4, with a special 70-minute premiere, followed by new episodes every Friday starting on May 7!