Amazon Prime Video’s LuLaRich documentary is a four-part series that chronicles the unraveling of LuLaRoe. Check out my review and what the series covers! 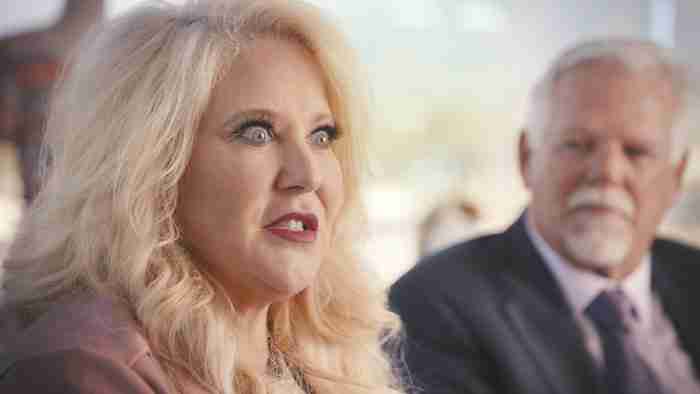 Amazon Prime Video is dropping its new LuLaRich documentary tomorrow, Friday September 10th! The four-part series chronicles the rise of the buttery soft legging empire and the troubles within the company. As a former LuLaRoe consultant myself, I was able to dive in a bit deeper while watching the 45 minute episodes and answer some of your burning questions along with my series review. Check out my LuLaRich documentary review where I answer what the show covers!

Meet Mark and DeAnne, the founders of LuLaRoe – the legging company that went from explosive start-up to four-alarm corporate wildfire. They share their life stories up to the founding of LuLaRoe. Seeing dollars signs, DeAnne grows her business from one woman selling dresses to a massive network of saleswomen. The business takes off and the future looks bright. Maybe a little too bright.

LuLaRoe goes corporate. Employees at the home office recount the bizarre company culture. Demand explodes and LuLaRoe onboards consultants at a breakneck speed. The “leadership compensation plan” takes over the company and recruitment bonuses reach ludicrous amounts. Many of the retailers begin to hit a wall and LuLaRoe quickly becomes a billion dollar company on a collision course with reality.

LuLaRoe’s wacky culture turns toxic. Sexism, body-shaming and gas-lighting become hallmarks of the company. Retailers suspect they are in a cult. At the same time, the clothing quality deteriorates and defective complaints skyrocket. LuLaRoe faces thousands of angry retailers ready to part ways and the story explodes onto social media.

LuLaRoe buckles under the weight of complaints and accusations. Retailers leave in drones. Dozens of entities file lawsuits, including the state of Washington. LuLaRoe is a small fish in an ocean of MLMs preying upon the least among us. The American Dream is just as much a story of predatory profit as it is a story of unbreakable spirits of women and families who seek justice.

Amazon Prime Video’s LuLaRich documentary is a 4 part series which unveils much of what us former LuLaRoe consultants already know, the company had a cult mentality which preyed and continues to prey upon women. The docu-series interviews former LuLaRoe home office employees, past and present consultants, lawyers familiar with the LuLaRoe lawsuits and even has on a MLM expert to discuss the dangers of pyramid scheme companies. Everything from the #BecauseOfLuLaRoe hashtag to the LLR Defective Facebook group is revealed!

Former LuLaRoe designer Iliana Estarellas was interviewed for the series and discusses the pressure LuLaRoe designers were under to create new designs to keep up with the demands. LuLaRoe was sued and had settled over 20 lawsuits for copyright infringement. Estarellas states many artist would take images off of google and as long as 20% of the original design was changed, then they were able to use the print. However, artists did not always follow those guidelines in order to meet the huge demands placed upon them.

Is the MyDyer lawsuit address?

It was revealed in the documentary, Mark and MyDyer CEO Daniel King were “best buds” before the MyDyer lawsuit, having bonded over their love of expensive cars. The two were even in a cliché called the “Ghost Squadron” consisting of men who owned Koenigsegg, a luxury Swedish car. Their friendship quickly ended after MyDyer, a clothing supplier, claimed LuLaRoe owed them 49 million dollars and even made the claim LuLaRoe placed this order with no intentions to pay the bill. MyDyer also made allegations LuLaRoe attempted to hide money by opening dozens of LLC’s as a cover.

LuLaRich uses footage from LuLaRoe events and conferences throughout the documentary. There is also footage from past and present LuLaRoe consultant live sales and previously recorded LuLaRoe footage from home office. Surprisingly and a little on the cringe side, a Unicorn LuLaRoe song and dance is featured in the docu-series, “What’s the unicorn going on over there? I wanna wear LuLaRoe.“

Is the storage issue and moldy leggings addressed?

The infamous wet and moldy leggings issue is addressed in the LuLaRich documentary and photos of the outside bins are shown.

Sam Schultz, Deanne’s Nephew and LuLaRoe “hype man”, is featured throughout the docu-series. Sam offers much insight to the “behind-the-scenes” of the company’s luxurious lifestyle and his eventual dismissal in the form of a “Cease and Desist” letter, which states he can not have contact with his Aunt.

It is well-known Deanne had weight-loss surgery and would often push the issue on some of the top retailers in the company. The text message group named  “Tijuana Skinnies” created by Lynnae was discussed and how Deanne wanted consultants to “look” a certain way and pushed them to be a certain size. “She didn’t want to be big or be around big girls.“

Disney’s view on LuLaRoe and the Disney collection?

Unfortunately, the documentary does not cover the LuLaRoe Disney collection or Disney’s view of the company.

Part 1 of the LuLaRich documentary discusses Mark and Deanne’s upbringing, how they met, how the company started and bringing in their children to help run the company.

The documentary touches on the “cult” aspect of the company and has a MLM expert on discussing the dangers of these sorts of pyramid schemes.

Yes, the sales-tax fiasco is touched upon in the LuLaRich documentary and the lengths LuLaRoe took to not look like an MLM, even changing the bonus system.

Was the special treatment for top retailers addressed?

While the series did discuss top consultants receiving gifts such as watches from Deanne and many top consultants becoming “LuLaFamous” within the company, it did not address the allegations that some top retailers received top unicorn prints and coveted styles.

Women empowerment vs. serving your husband?

LuLaRich does an amazing job showcasing the “cheap languages of feminism” and the companies use of terms like “Girl Boss” to lure in consultants. At the same time the company was throwing around these female empowerment phrases, there seemed to be an underlining sexist feel about Mark and Deanne. Deanne’s comment “get on knees 5 minutess a day and please your husband and then he will let you buy whatever you want” is brought up along with the effort to get husbands to quit their jobs in an attempt for the entire family to be indebted to LuLaRoe.

Do they interview Patrick?

Old footage of Patrick was shown but he was not interviewed in this docu-series.

Do they interview employees in the warehouse and offices? 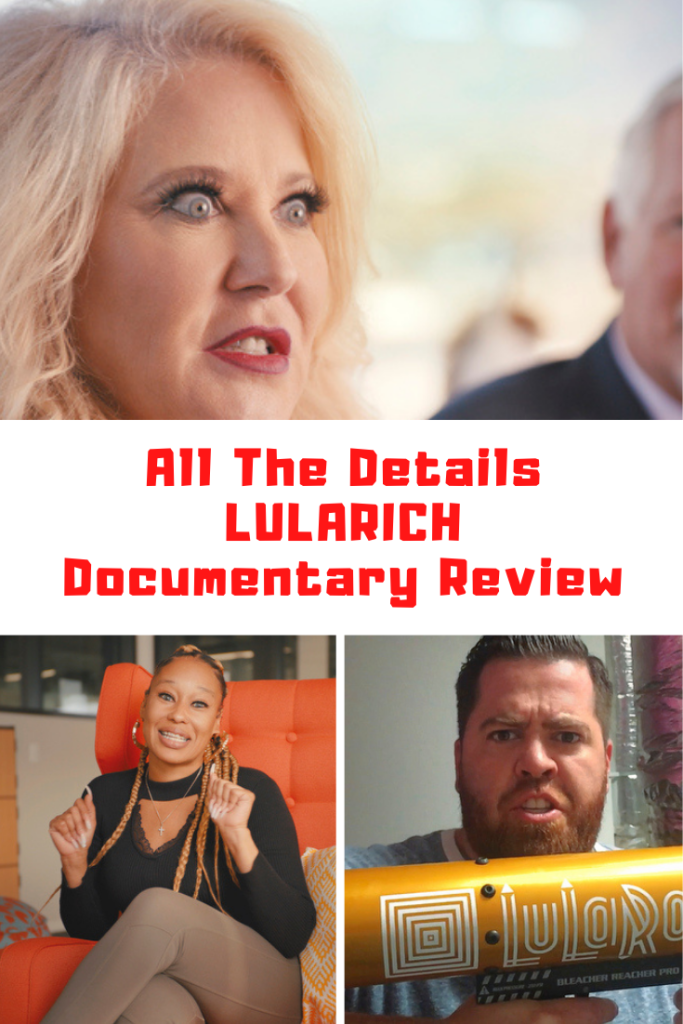