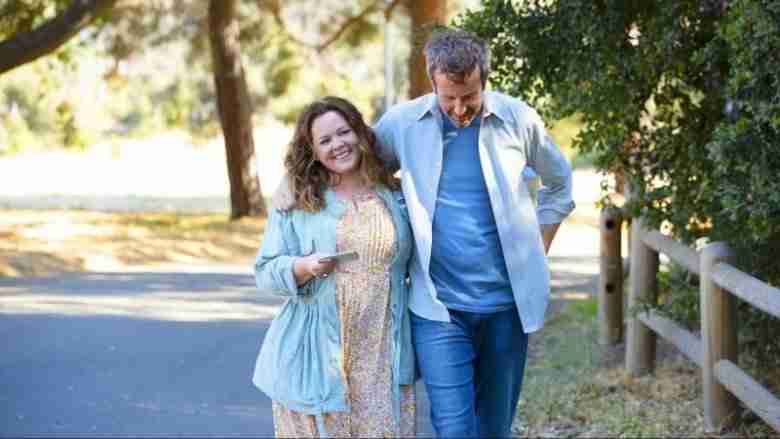 The Starling is out on Netflix today, Friday September 24th. The film stars Melissa McCarthy and is a heartfelt movie about loss and overcoming grief. Although production first started in 2019, before the pandemic, the story is more relevant now than ever considering so many have lost someone they love this past year and a half.  A couple of week ago, I was able to interview Director Ted Melfi and his wife, Producer Kimberly Quinn.

The original script of The Starling actually had the roles reversed and it was the female character in a facility struggling the loss. Director Theodore Melfi said, “It didn’t make sense” so they switched the gender roles and the minute they did, the script was picked up! So why did this switch make an impact in making the film and why was it so important?  Melfi believes it is just more realistic, he goes on to say, “I’ve been surrounded by strong women my whole life. My mom was a single mom, I married a very strong woman and we have a daughter who tells me what do to every day. I’ve been surrounded by strong women since the dawn of time and I grew up that way. So I instantly felt that the original script was kind of untrue. I’m the one in the ER saying I’m going to die, she’s not. That was natural for me, so I just felt like it was the thing to do.“

And while Melfi spoke about strong women, Kimberly Quinn went on to add the importance of also portraying the vulnerability of men. She says, “I also thought it was really important because we don’t usually see vulnerable men in vulnerable positions and being honest and truthful in their place in life. Society has put so much on their soldiers to manage the world. That’s a big burden on a man’s shoulders from the time they are born. They do feel, they do have issues. So to see a man go through this journey and be okay.“

After Lilly (Melissa McCarthy) suffers a loss, a combative starling takes nest beside her quiet home. The feisty bird taunts and attacks the grief-stricken Lilly. On her journey to expel the starling, she rediscovers her will to live and capacity for love.