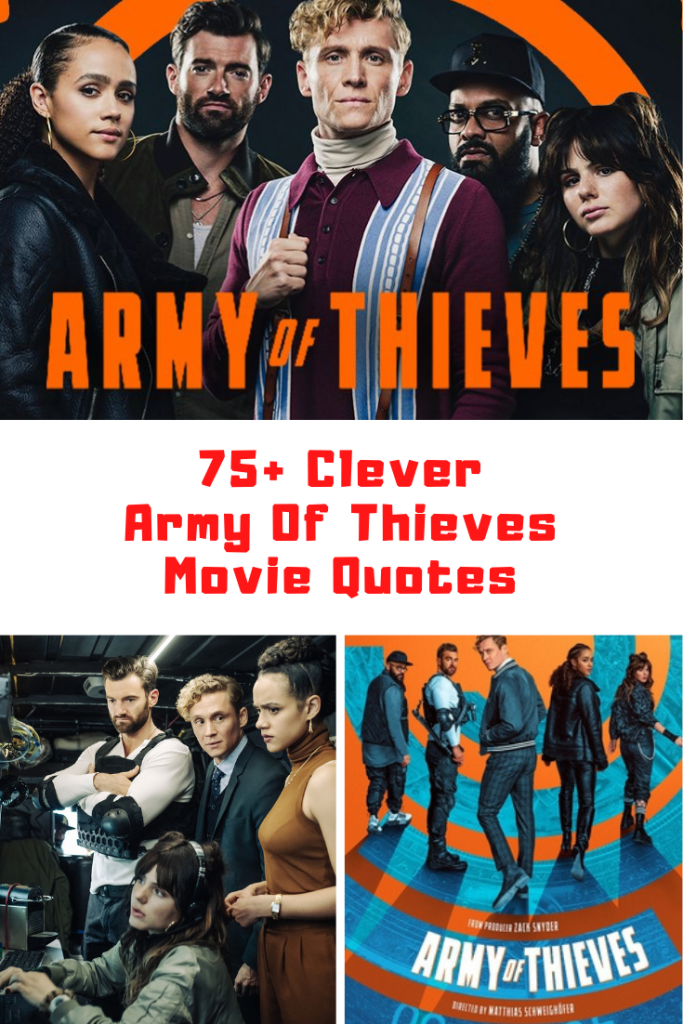 Netflix’s Army Of Thieves is dropping on the streaming service this Friday, October 29th. I will have a review of the movie coming soon, so make sure to stop back by to check it out, it will be linked down below. In the meantime, I want to share a list of some of the best quotes from the movie. I love a good movie line and this one has some clever ones. Check out this list of 75+ of the best and most clever Netflix Army Of Thieves quotes.

If you enjoyed these Army Of Thieves quotes, check out these other articles: Colin In Black & White quotes, A Mouthful Of Air movie quotes, Ron’s Gone Wrong quotes, The Electrical Life Of Louis Wain quotes, Night Teeth movie quotes, Maya And The Three quotes.

To Hans Wager, a lock, a safe, were puzzles. Puzzles that could only be solved by those truly worthy of the secrets they guarded.

A second place finish from Mr. Nervous Guy. Could we be looking at a new champion?

Of all the people in that basement, she was the one smiling at me.

I am the woman who is going to change your life. Forever.

I am an internationally-wanted jewelry thief, and I belong to a crew that executes international bank heists. And I want to recruit you.

Am I being spunked?

This window of opportunity isn’t just our only chance, it’s yours.

We could have fun together, you and I.

There is no secret knock. It’s just a door. You knock on it.

But we’re on the cat grid.

I meant it as a compliment from a nerd to another nerd.

Getaway driver to the stars.

If you were me, you’d fancy yourself too.

This is the whole international heist crew? Four people?

Everybody meet Sebastian unpronounceable last name. Safecracker extraordinaire. Has a lifetime of theoretical expertise. But he has never applied his skills in real life. Until now, that is.

What if we get caught?

Show me why I found you.

This is Everest. This is shooting Big Foot. This is about becoming legends.

Why are we spending time on this and not matters related to the zombie..

We would’ve gotten them all if Brad f*cking Cage hadn’t shot me.

Thisis the first real party I’ve been to in many moons.

I think me and Ron are becoming very good, bros. 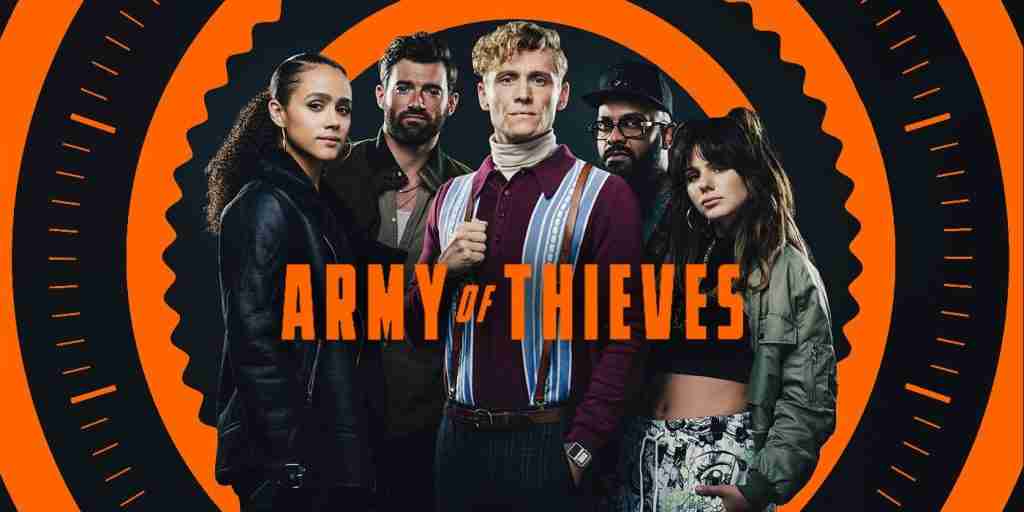 It’s sad that he couldn’t learn to love the name he was born with.

Why do you do, what you do?

Look at me, old Sebastian talking to the most interesting girl in the world. Can you believe my luck?

Not to be all Johnny New Guy.

I give you about 5% chance of survival, so good luck.

The two of you are together in the romantic sense.

Did you know that Richard Wagner spent 31 years writing the Ring cycle?

Wagner’s work had many themes of great importance to him, but all of them touched upon love.

It just detected my presense.

That kind of sounds like something to worry about, Mr. Warming Up My Instruments.

Is this a good freeze or bad freeze?

The plan was to finish the job before we cut him loose, not throw him into the street like a sacrificial lamb.

For them, it was about finding a mark and making a buck.

Unless you cracked the Siegfried and didn’t tell us about it, it’s not over.

We could earn our place in history.

Did he just say gulp?

Maybe they’re prophecies, not dreams. Maybe you saw your own death.

Maybe your psyche’s manifestations of your own self-doubt and feelings of inadequacy.

I told you it was too good to be true.

The hero Siegfried faces his darkest of trials in order to understand what it means to truly be afraid. He slays the dragon of Fafnir and then he slays the dwarf who raised him, when confronted with his betrayal.

The f*cking-balls to double cross their own team.

Do you really want all of this pinned on you alone?

There is a happy ending.

One thought I have not been able to cast out of my mind is, how sad it is that this great man, he devoted his life to this work. No body ever appreciated it.

In order to understand work, you must engage with it.

Does that seem like something an action hero would do? Point a gun in a girl’s face and tell her to come back to him or he’ll blow her brains out?

It was always them or us.

Is it too late for me to change sides?

You have no idea how long I’ve been chasing you.

It broke my heart thinking of all the adventures we could have had, the things we could’ve shared because in that moment, I knew that of all the people in the world, there was only one I wanted to be with. And it was her.

You must really have a problem.

It’s a dorway to another realm, my friends. And providence has brought you to me.

We go through it together.