AppleTV+ Acapulco is a charming and wholesome new series which lured viewers in with its feel good entertainment. Check out the details in my parents guide series review. 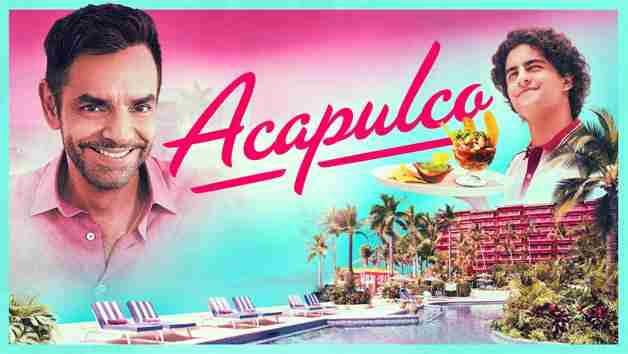 AppleTV+ series Acapulco is now available to view on the streaming service, with new episodes dropping weekly. The new series offers viewers a little something different for their viewing pleasure in this charming story about the hotel resort, Las Colinas and one man’s dream for a brighter future. Set in the 1980’s, this is a coming of age story with a Mexican flare and a fun ensemble of cast members. Check out all the details in my parents guide series review.

In 1984, Maximo Gallardo’s (Eugenio Derbez) dream comes true when he gets the job of a lifetime at Acapulco’s hottest resort, Las Colinas. But he soon realizes that working there will be far more complicated than he ever imagined. 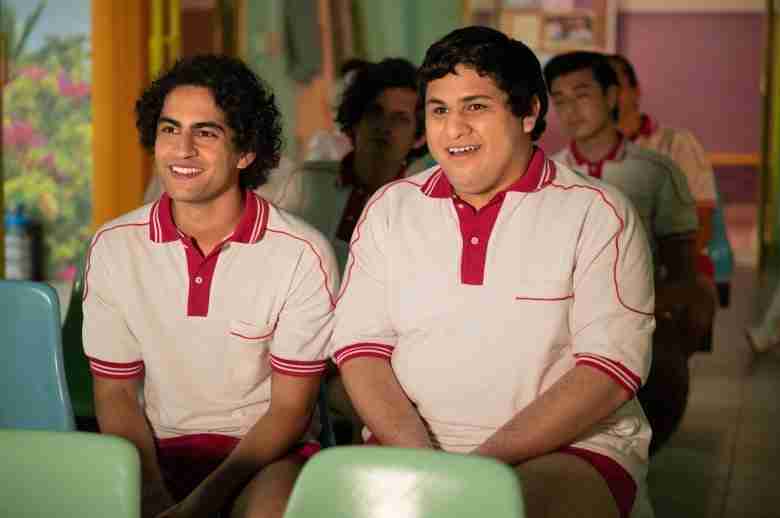 Let’s take a look at what parents need to know before letting their kids watch AppleTV+ Acapulco.

Language: Acapulco contains mild language with some, though very little profanity used. Some lookout words include: sh*t, bada**, pissed, stupid, and some of the profanity used is in subtitles.

Mature Content: While the series is light on mature content, it does have some adult themes which some parents need to be made aware of. The series highlights a have and have not aesthetic, and at times seems to make jokes about Mexicans; referring to them as lower class individuals. The series also contains some violent scenes where characters shoot guns and a knife is stuck in another character’s hand. The series contains consumption of alcohol and drug use. Some guests request the resort employees find them some marijuana. While there is no nudity in the series, there is heavy kissing and implied sex.

It is also important to state that the series is heavy on subtitles due to much of the dialogue being spoken in Spanish.

AppleTV+ has allowed for fun, wholesome entertainment (think Ted Lasso and Schmigadoon!) to have a platform and audiences appreciate the sentiment. The newest charming little series to hit the streaming servie is Acapulco, which is a feel-good, off-beat comedy that contains a mixture of English, as well as Spanish dialogue.

The characters in Acapulco are likable and relatable, with protagonist Maximo being played by two actors, due to the series’ hopping around in time. The young Maximo is played by Enrique Arrizon and he is perfect in the role as the story centers around his coming-of-age journey. Elder Maximo is played by Eugenio Derbez, who narrates much of the series. The way the story is told is all through the perspective of the older Maximo, and the format reminds me a bit of The Princess Bride, due to him telling the story from his perspective to his nephew. The story-telling is clever and never gives too much away, keeping the viewers interested and invested in the outcome of the characters.

The majority of the Acapulco series is set at a resort in Mexico during the 1980’s. Being set in the 80’s decade was one of the best parts of the series, it brought the nostalgia of the time. Who doesn’t adore the big haired-bright clothing era? The period of time also played an interesting part in touching on some themes, more specifically subplots which centered on a homosexual relationship and the “stigma” of these sorts of sexual experimentations. It was a simpler time, but also a time when many were repressed and not as open or accepted for being different.

AppleTV+ Acapulco brings us back 40 years in time and in doing so, opens our eyes on how much of the world progressed during that period but also stagnated. The series focuses on the class difference at the resort, more specifically the “lower class” workers and the “rich class” guests, and features a few uncomfortable moments where jokes are made by guests directed towards the Mexican workers at the resort. These moments may very well have viewers gasping but also reflecting on the similarities even today. Many people of today balk at such things in modern films, even if they are set in an earlier time.  In order for there to be any shred of authenticity, things need to be portrayed as they were, lest we forget the importance of progress. It also seem that many current series hitting the stride of the populace are being set at resort communities.  White Lotus, Nine Perfect Strangers, and now Acapulco have captured audiences with their charm, their wit, and bringing a heaping helping of surprise elements as well.  It shows that we need escapes from the doldrums of everyday life, and I wouldn’t be surprised to see many real life resorts getting much business as the pandemic slowly subsides. 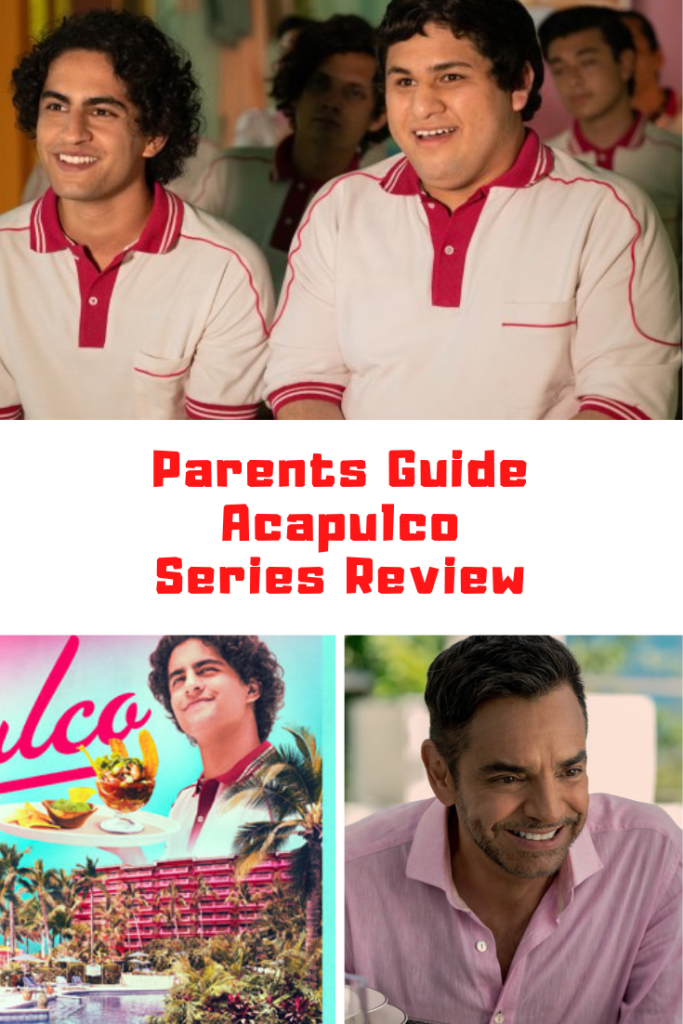