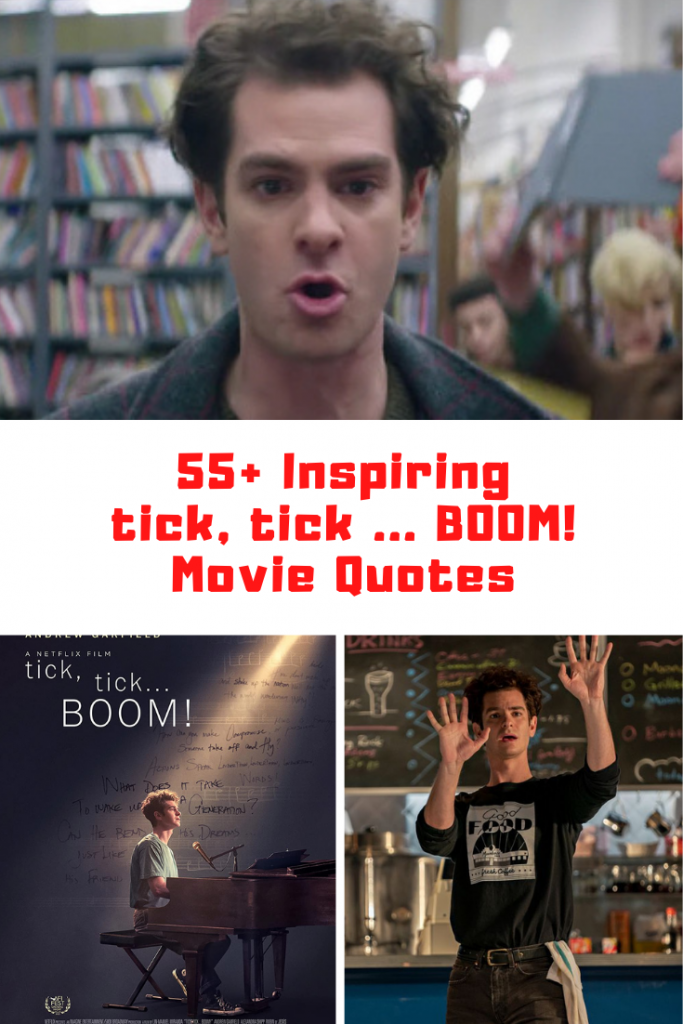 tick, tick … BOOM! has dropped on Netflix today, November 19th. I will have a review of the movie coming soon, so make sure to stop back by to check it out. It will be linked down below. In the meantime, I wanted to share a list of some of the best quotes from the film. Check out these 55+ of the best and most inspiring tick, tick, … BOOM! movie quotes.

Lately, I’ve been hearing this sound. Everywhere I go, like a tick, tick, tick..

Everything you are about to see is true. Except for the parts Jonathan made up.

In eight days, my youth will be over forever. And what exactly do I have to show for myself?

Are you letting yourself live by fear or by love?

I’m allowing myself to be led by love.

For someone who’s broke, you can probably spend a little bit less on party planning.

Whatever that moment was, when she knew, all of a sudden, she doesn’t know anymore. 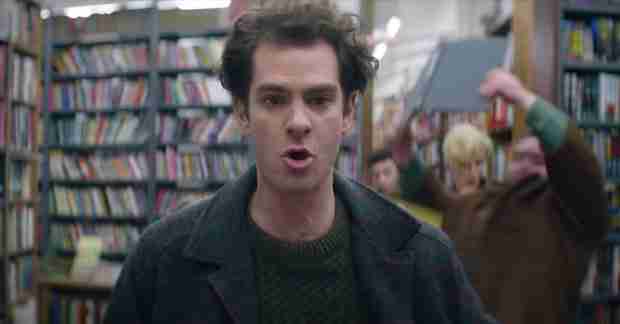 I’m the future of musical theater.

Can we just talk about how amazing you were tonight?

Last week I wrote a song about sugar. It took me three hours.

I think this is a musical that knows exactly what it is.

First rate lyric and tune. Those five words were enough to keep me going for the next two years.

A great song should sound great without any instruments.

I need to see Freddy. I should call Susan. Why can’t I write this song?

The is why you’re just a waiter.

I make my way there to the land of the dead, the theater district.

Superbia, a satire set in the future on a poisoned planet Earth, where the vast majority of humanity spend their entire lives just staring at the screens of their media transmitters, watching the tiny elite of the rich and powerful, who film their own fabulous lives like TV shows.

A world where human emotion has been outlawed.

You don’t need a band with an audience of 12 people. You’ll outnumber them.

Scenes from a modern romance as told in song.

Everything is after the workshop.

Of course, I don’t want you to go.

You are thinking about how you can turn this into a song, aren’t you?

Two hours of this, for one extra musician.

An open road at sunset. Wind in your hair. Nothing in your way, except horizon.

Where did you come from?

I can actually be rewarded for my creativity.

I put my name on the line for you.

It’s advertising. It’s figuring out how to trick people into buying sh*t that they don’t want.

What do you do with your life that is so noble?

You’re writing musicals in your living room. You aren’t saving the rainforest. 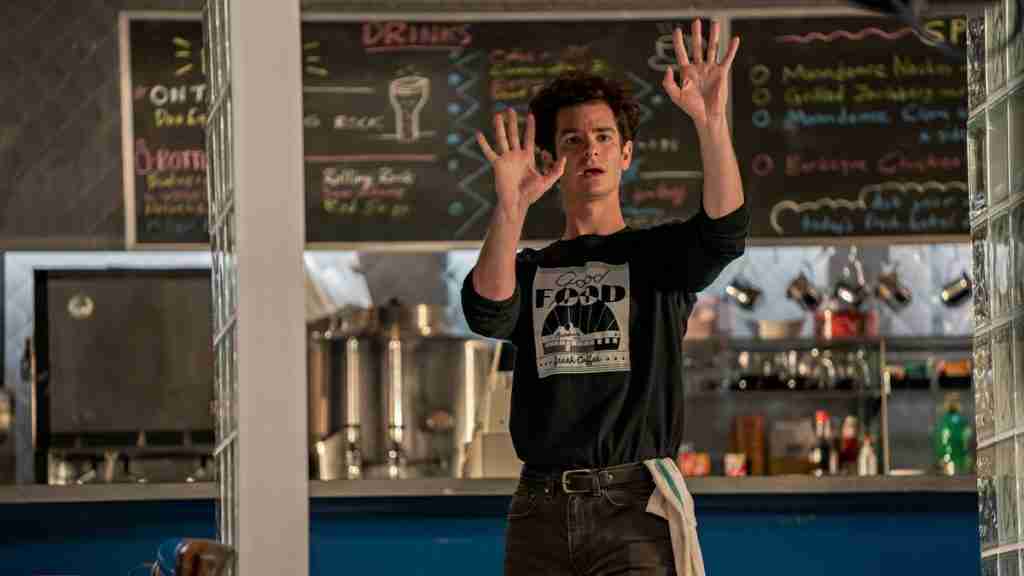 Half of our friends are dying, and the other half are scared to death they are next.

I’m sorry for enjoying my life while I still have time.

The show is about to begin and I am looking at 60 empty folding chairs.

And then Karissa steps forward to sing my new song. Not even 12 hours old. I close my eyes. I brace myself. I don;t dare take a breath. But when I open my eyes. I don’t see Karissa there.

I have nothing but raves all day long.

It’s too arty for Broadway.

You just keep throwing them against the wall and hoping against hope that eventually, something sticks.

On the next one, maybe try writing about what you know.

I just spent the last eight years killing myself on a musical that isn’t going to happen.

I think I may know a thing or two about running out of time.

The ticking is so loud now, I can’t hear anything.

Whatever happens next, I’m here. I promise.

I’m gonna start the next one.

The next one was tick, tick… Boom.

It changed the definition of what a musical could be. What it could sound like. The kinds of stories it could tell.

he still had so many questions.