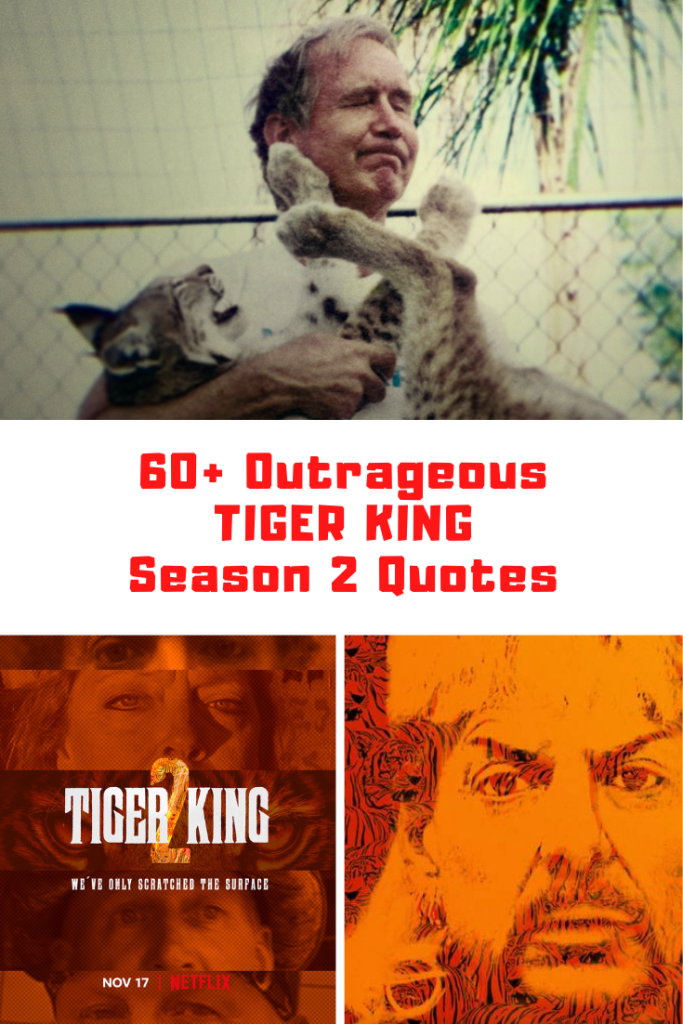 Netflix’s Tiger King season 2 dropped on the streaming service yesterday, November 17th. Season 1 took the country by storm and all everyone was talking about was Joe Exotic and that b*tch Carole Baskin. With a new season dropping, so does some of the outrageous quotes. Check out this list of 60+ of the best and most outrageous Tiger King season 2 quotes.

I’m sitting on a trash can.

It would be nice if I can see me being famous out there.

Welcome to my world of bullsh*t.

Dillion turned into a little monster because he wants his five minutes of fame.

Joe has been famous in his own head forever.

You put a hero behind bars.

Ain’t nothing wrong being a trailer park Liberace, boy.

You sir, are by far, one of the most hated individuals of Tiger King, but now, this is like your opportunity to become the hero of the piece.

My dad hit me with an irrigation shovel, and he almost drowned my brother. Every time my dad done something wrong, it was always our fault.

I was raised in an abusive situation at home, and I was gonna break that abusive cycle.

He said he didn’t want to be gay. I couldn’t tell you how many times he probably attempted suicide.

A lot of the bad stuff I’ve locked away because I don’t want to focus on it.

They were gonna do whatever it took to convict him. 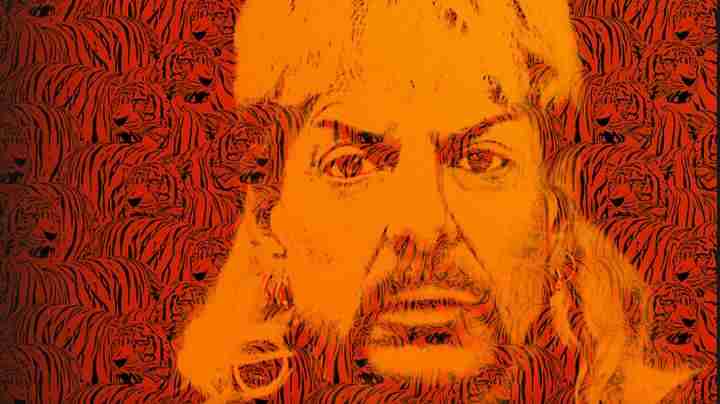 You guys are gutter sl*ts. You don’t belong here.

My name is Jack, but I go by Ripper.

The biggest rule. I was told very strictly: Do not talk about Don.

She doesn’t care about people. She cares about cats.

Don told me he was there to get away from Carole.

I didn’t want to be part of the dirty stuff.

He was a piece of sh*t, Don Lewis. He did horrible stuff to Carole.

She knew exactly what was going on.

I always win, no matter who my opponents are. They think they are taking on a person when they are really taking on a tiger.

When you have somebody that doesn’t want to talk to you, it leads you to think there’s something to be afraid of with Carole Baskin.

Money, guns, airplanes, and sex is what made Don Lewis.

If we could get a diver in that lake, I think we could put her in jail.

They are literally using her for a clown. Because they know that people are gonna watch her make an a** of herself.

Joe was f*cking framed from start to f*cking finish.

He got a raw deal.

Jeff made sure my story fit to what they needed.

He’s too stupid to get his story straight.

Stealing my zoo wasn’t enough. They had to take my freedom.

Jeff Lowe is an opportunist and goes after people who are in trouble. He promises them, probably heaven on earth, and then he f*cks them over without lubrication from behind with a wire brush.

That’s my opinion, of course, but I am rarely wrong. I am Eastern European b*tch, so I cannot be wrong.

He’s just been like a black cloud of controversy. 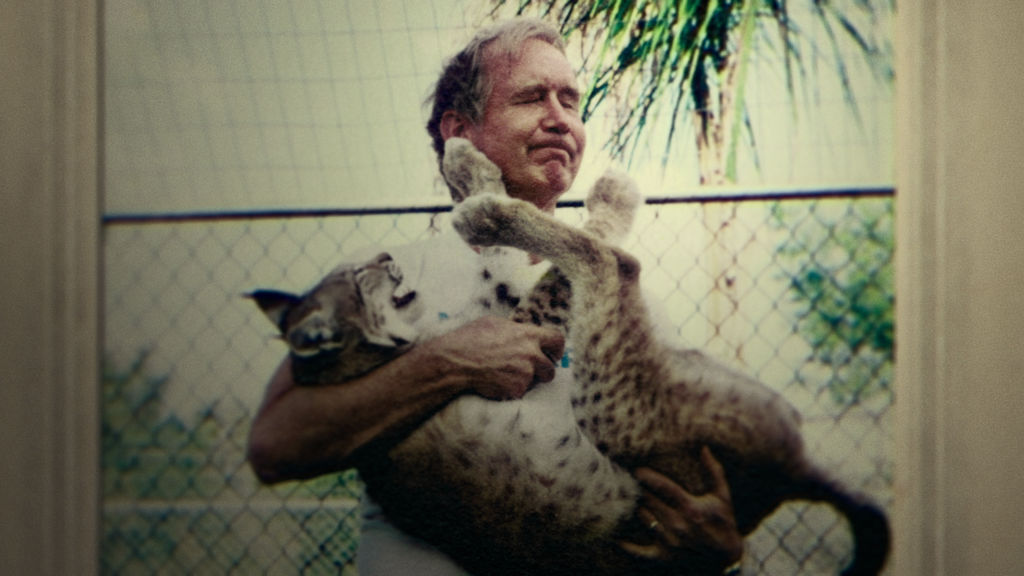 Jeff is a scam artist.

How do I relieve stress? I picture that f*cking golf ball as a little Jeff Lowe.

Tim Stark and Joe Exotic, they would be like two peas in a pod when it comes to batsh*t crazy.

My choice of drug is animals.

You have to be a sneaky, conniving f*cker in order to keep up with these a**h*les.

When you think something is bullsh*t, you don’t try to remember it.

Why would I even consider asking her to go kill Carole? A girl that has a service dog. Am I gonna pay her to have her dog go gnaw Carole’s legs off?

Oh, how the mullet has turned.

You can sit there and say you want to slit my f*cking throat. I got a 9mm, lets go. I’ll stop ya.

If one negative thing comes out about me from here on out, whether it be in Tiger King 2 or any of this kind of sh*t, I’ll slice your f*cking throat, b*tch.

So I’m doing “The Bachelor King.” We’ll see how many thousands of people apply.

Let’s put it in simple terms. Shut the f*ck up.

I hope he ends up right next to Joe Exotic. Because that is exactly where he deserves to be.

Someone sprayed “Carole Baskin takes it up the a** by Donald Trump.” Which is fabulous.

I’m willing to take what I got coming.

You have tied up in a nice, very ugly tiger-striped bow exactly what happened here, and that was individuals were going to do whatever it took to get rid of Joe.

You are going to have one hell of a dramatic ending.

All I can do is hope.

I know now how my animals felt. I’m ashamed of myself. I hope I’ll get a second chance, just like my tigers.