Eternals brings humanity to the Marvel Cinematic Universe like we’ve never seen before. Check out the details in my parents guide movie review. 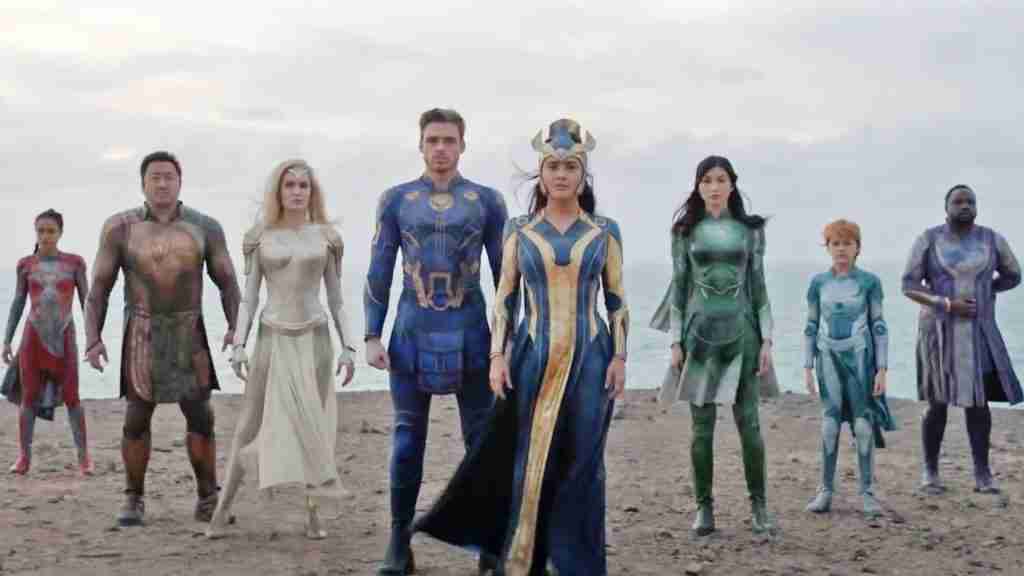 Marvel’s Eternals drops in theaters this Friday, Novemeber 5th. The Eternals is unlike any other Marvel film we have seen before. In fact, the movie itself feels more like a science fiction flick rather than a super hero one, and the result has been a wide variety of mixed reviews. This uneasiness is understandable, considering the daring feats Marvel has taken to push phase 4 of the MCU in a new direction. Do these risks pay off in the end? Check out the details in my parents guide movie review.

The Eternals, a race of immortal beings with superhuman powers who have secretly lived on Earth for thousands of years, reunite to battle the evil Deviants. 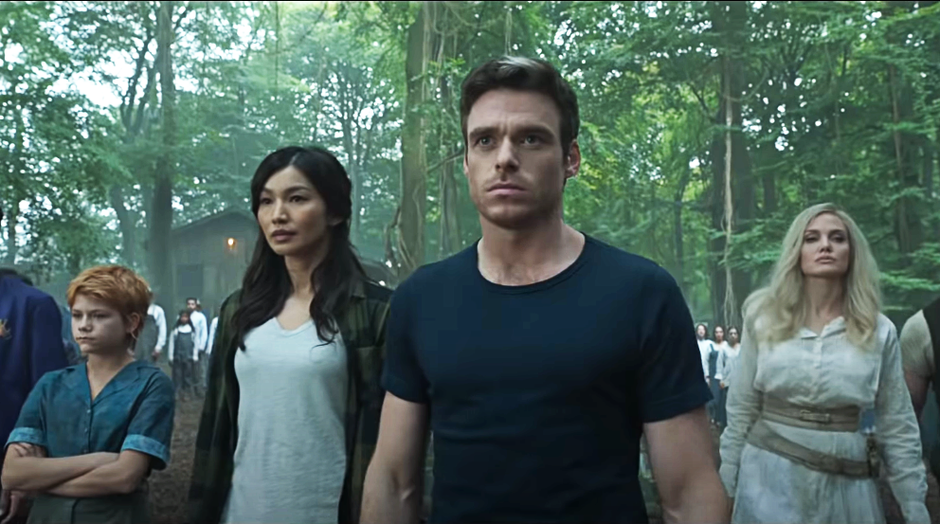 Let’s take a look at what parents need to know before letting their kids watch Eternals.

Language: The language in Eternals is mild, but there is some profanity. Lookout words include: sh*t, d*mn and hell.

Sexual Content/Nudity: The film does contain one scene that shows two characters heavily kissing and having sex. The characters are nude, but nothing graphic is shown other than their bare backs.

Violence: The biggest lookout in the film is the violent content. Big creepy monsters called Deviants are attacking the human race and characters are shown battling these creatures. There are scenes which show dead bodies, hand to hand combat, blood and guts spewing out of the Deviants, and more. There are also scenes shown from historical events which are extremely violent, one being the destruction caused by the atomic bomb.

Marvel Studios has become a master class at taking risks and having them pay off in the end. Take Wandavision for example, the first Marvel series to come to the Disney+ streaming service was so different and obscure, it could have easily been rejected by the Marvel fandom, yet the series became a raving success. Along with the risks taken by Marvel in terms of concepts and storylines, they are also known for their auteur filmmakers. We have seen what Taika Waititi has done to the Thor franchise, adding his eccentric style and humor to Thor: Ragnarok which produced one of the most entertaining films to come out of phase three of the MCU. Enter Chloé Zhao, best known for her film Nomadland, which won an array of Academy Awards this year, including Best Picture and Best Director. Nomadland invokes some serious wanderlust, with glorious shots of the vast American landscape capturing the true beauty of Mother Nature. Bringing her same keen eye for landscapes to Eternals, Zhao uses minimal green screen and instead takes full advantage of her location surroundings, producing a visual poem with the help of veteran cinematographer Ben Davis.

The Eternals cast is star-studded and plentiful. Salma Hayek plays the Eternals’ leader, Ajak, who possesses the power to heal, laser-eyed Ikaris is played by Richard Madden, Sersi (Gemma Chan), Kingo (Kumail Nanjiani), Sprite (Lia McHugh), Phastos (Tyree Henry), Makkari (Ridloff), Druig (Barry Keoghan), Gilgamesh (Don Lee) and Thena (Angelina Jolie). While we have seen Marvel use a heavy emsemble before in films such as Avengers: Endgame, the introduction of an entirely new cast is quite the endeavor. The film does a stand-up job of giving each Eternal their time to shine along with developing their character and back story. Of course, delving into each character takes time, which most likely contributed to the film’s lengthy 2 hours and 47 minute runtime. While this author is not much of a fan of long films, the length was never felt as the film kept up a fast pace and kept you invested in the interesting story.

The Eternals cast diversity has been something critics have praised, and fits in well with the concept. The film also gives a huge nod to the Bollywood industry, with Bollywood super star, Kingo (Kumail Nanjiani) who also adds much of the comic relief to the movie. While Kingo plans to film the Eternals mission for a documentary, we also get some scenes in which he is filming his current Bollywood blockbuster film, complete with a Bollywood breakout dance sequence and all. As a fan of India’s film making industry, it was a delight to see the authenticity taken into even the minute details of the second largest film industry in the world.

What surprised me most about this movie is how it didn’t quite feel like the typical Marvel film. The Eternals have never been the most well known comic from the company, and so, to most viewers, this will be their first foray into knowing what they are all about. Many of the characters have been gender swapped for the film, and it could possibly trigger hardcore comic fans who won’t feel it is authentic. Coming into it with no prior knowledge, on the other hand, could serve one well, as it feels like it could stand alone outside of the MCU. I really enjoyed the plot and the humanity that was presented through the differing characters and how they represented virtually every aspect of varying demographics in society. The fact that they have been on Earth for seven thousand years and have watched over humankind the entire time was a treat to behold, and definitely added to much of what they conveyed through their dialogue and attitudes. Eternals is a quality film regardless of the naysayers. If you can remove any anymosity you may have as it relates to the comics and approach it with an open mind, it could leave you pondering a great many things after the fact as it relates to the MCU. 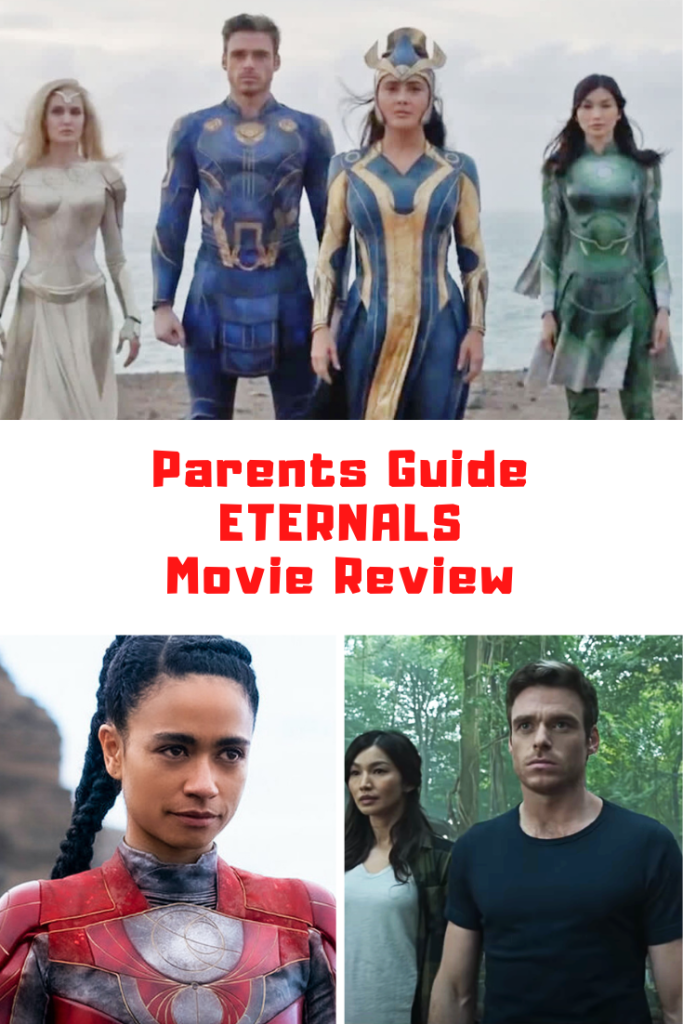