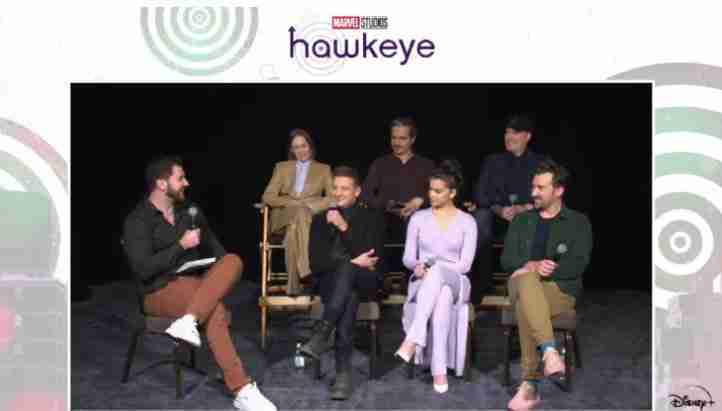 Marvel’s newest series, Hawkeye, is hitting the Disney+ streaming service this Wednesday, November 24th. Last week, I had the opportunity to attend the press junket with the cast and creators of the series and get some behind the scenes information and fun facts about the newest Marvel Cinematic Universe series. Check out some of the details from Marvel’s Hawkeye press junket and fun facts from the cast and creators! 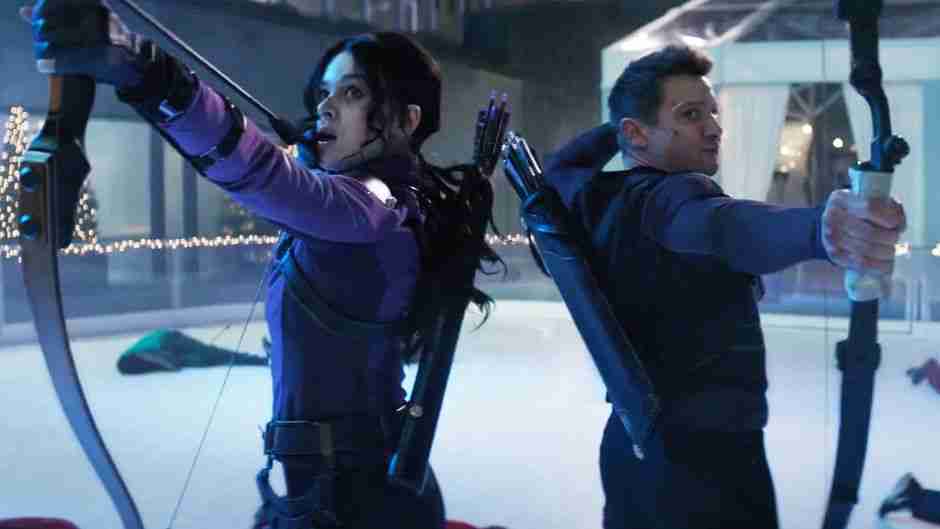 It has been officially announced that Florence Pugh, who plays Yelena in Black Widow, will appear in the new Disney Plus Hawkeye series. The last we saw of Yelena was in the end credit scene of Black Widow, when Madame Hydra sent her to kill Clint Barton, stating she was the reason her sister was dead. Yelena has yet to be seen after the first two episodes of Hawkeye were screened, but she was asked about during a recent press conference with the cast and creators.

Surprisingly, or maybe not, the cast was a bit secretive about Yelena’s appearance in Hawkeye. Shying away from the question, Jeremy Renner would only state that he is aware Yelena is after him and he hopes it will get settled. Let’s hope so, for the sake of Clint and Hawkeye fans everywhere.

Lets check out more fun facts from the cast and creators of Marvel’s Hawkeye. 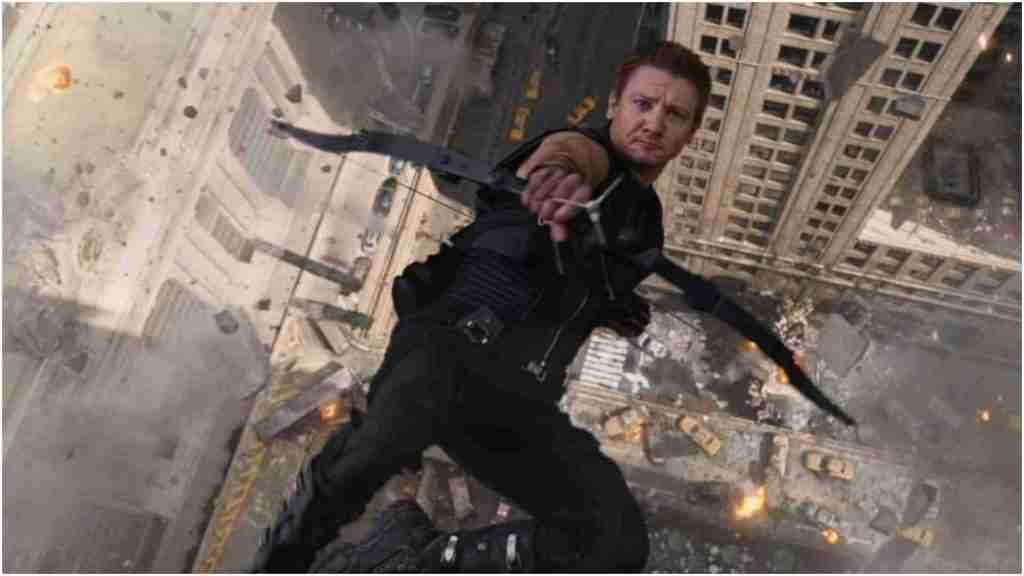 Marvel Studios’ “Hawkeye” is an original new series set in post-blip New York City where former Avenger Clint Barton aka Hawkeye (Jeremy Renner) has a seemingly simple mission: get back to his family for Christmas. But when a threat from his past shows up, Hawkeye reluctantly teams up with Kate Bishop (Hailee Steinfeld), a 22-year-old skilled archer and his biggest fan, to unravel a criminal conspiracy.