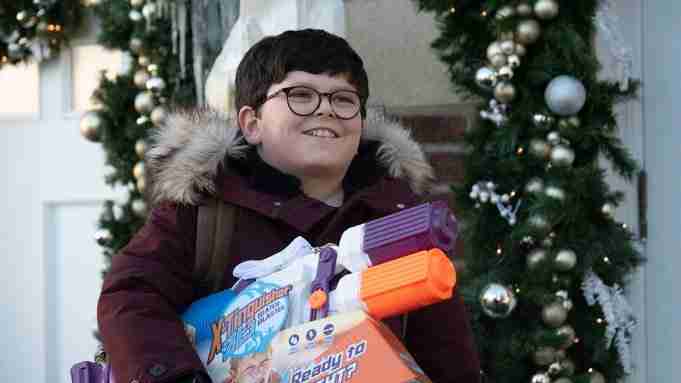 Home Sweet Home Alone is out on the Disney+ streaming service today, November 12th! The film is a sequel to the Home Alone franchise and even includes a cameo by Devin Ratray, who played Kevin’s brother Buzz in the original. Earlier this week, I attended the Home Sweet Home Alone press junket where we got all the behind the scenes secrets, including a little toilet paper thief by one of the main characters!

The 2020 pandemic wreaked havoc across the world, and this included the entertainment industry. Not only were movie releases delayed, due to theaters being closed, but also production on film sets shut down. The set of Home Sweet Home Alone shut down on March 13th of last year, right in the middle of the great toilet paper shortage of 2020! While many actors admit to keeping mementos from movie sets, Ellie Kemper admitted to taking toilet paper! She confesses, “Guys, I’m guilty of it. It’s what happened. I took a lot of toilet paper. I did because we had it in spades. We had it in spades and I took it with me, so I was one of the TP hoarders. I crossed border with it.” I mean who can blame her, am I right?

Check out more behind the scenes fun facts we learned from the cast of Home Sweet Home Alone: