Netflix’s Back To The Outback is a sweet story that delivers the most important message to kids: don’t judge a book (or animal) by its cover. Check out the details in my parents guide movie review. 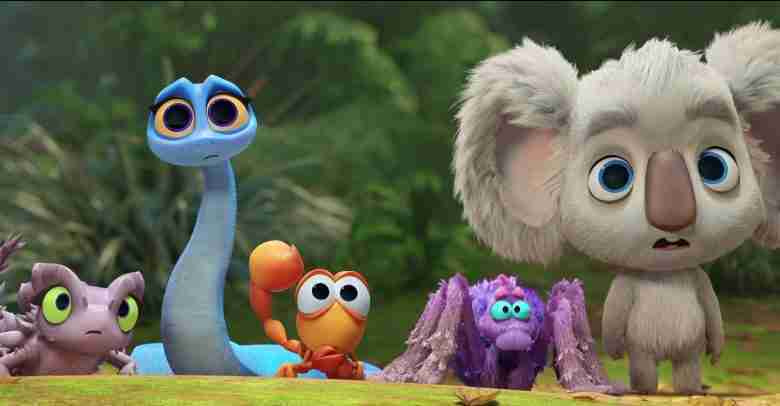 Netflix’s Back To The Outback drops on the streaming service this Friday, December 10th. The film does exactly what its title suggests, it takes audiences back to the Australian Outback, and gives us a glimpse through the eyes of its animated animals. Along its journey, Back To The Outback teaches kids an important lesson of not judging others by the way they look on the outside. Check out all the details in my parents guide movie review.

Back To The Outback Quotes

Back To The Outback Parents Guide

Tired of being locked in a reptile house where humans gawk at them like they’re monsters, a ragtag group of Australia’s deadliest creatures plot a daring escape from their zoo to the Outback, a place where they’ll fit in without being judged for their scales and fangs. Leading the group is Maddie (Isla Fisher), a poisonous snake with a heart of gold, who bands together with a self-assured Thorny Devil lizard Zoe (Miranda Tapsell), a lovelorn hairy spider Frank (Guy Pearce), and a sensitive scorpion Nigel (Angus Imrie). But when their nemesis — Pretty Boy (Tim Minchin), a cute but obnoxious koala — unexpectedly joins their escape, Maddie and the gang have no choice but to take him with them. So begins a hair-raising and hilarious road trip across Australia, as they are pursued by a zookeeper Chaz (Eric Bana) and his adventure-seeking mini-me (Diesel La Torraca).

Back To The Outback Age Appropriate Parents Guide

Let’s take a look at what parents need to know before letting their kids watch Netflix’s Back To The Outback.

Language: Back To The Outback contains mild language, but it does include some lookout words parents should be made aware of. Words like “jerk,” “loser,” “d*mn,” and “dang it” are among them.

Mature Content: The film has tones of bullying of “uglier” animals and highlights how the more attractive animals are treated better than the rest. There are scenes which put characters into scary and dangerous situations, and even a discussion of losing a parent, which can be triggering for some viewers. There are also some scenes which parents may not approve of, such as the discussion of “arousal” and two frogs kissing passionately and entwining their tongues together.

Back To The Outback knows its audience and knows exactly how to target said audience, with talking animals! Unlike themes of escaping animals we have seen before, such as Madagascar, this film uses the Australian terrain to highlight the grandeur and beauty of the Outback. Perhaps filmmakers had a purpose in paying attention to these Australian landscapes, considering the 2019-2020 bushfires burned 15% of Australia and killed over 3 billion animals. After watching the film and falling in love with these darling creatures, it’s heartbreaking to imagine the vast amount of loss and destruction this area suffered.

When it comes to animals in the Outback, there is one famous handler that comes to mind: “The Crocodile Hunter,” Steve Irwin. In Back To The Outback, we are introduced to a Steve Irwin wannabe named Chaz, voiced by Eric Bana. Chaz is accompanied by his son, Ben, voiced by Diesel La Torraca, and together the two seek out to find and return the escaped animals. The casting in the film is spot on, all being Australian actors, so there are no bad accents in this bunch! Bana is almost unrecognizable, sounding more like Irwin himself. Isla Fisher voices blue viper Maddie, and not only does she bring a lot of heart to her character, but she also shows off her vocal talents as she has a scene where she sings in the film!

Back To The Outback is adorably sweet, colorful, engaging and most importantly, it sends a message that warrants reminding. Never judge a book (or in this case and animal) by its cover. It is not going to overly wow anyone for its animation or script as it is not on par with other studios offerings, so older children may find it subpar.  Younger children will defintely like the bright colors and silliness of the movie, and parents may even find a few thing to chuckle about as well. 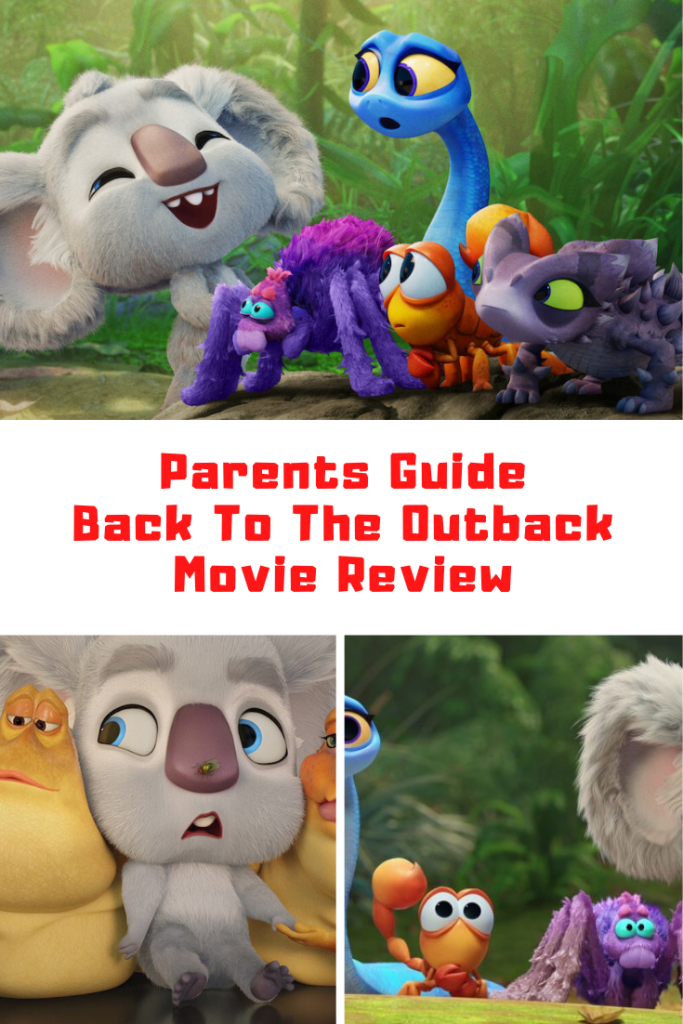