Steven Spielberg’s West Side Story is a masterpiece! Moreno, Zegler, and DeBose are the heart of the film. Check out the details in my parents guide movie review. 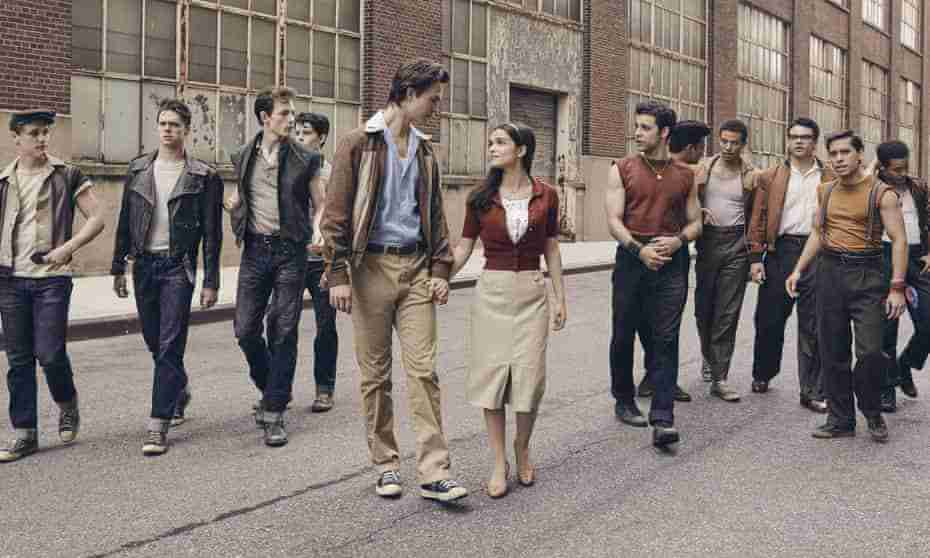 The 2021 remake of West Side Story is dropping in theaters on Friday, December 10th. The West Side Story franchise has some mighty big shoes to fill, considering the first film was a hit and the Broadway musical is a Tony-award winning show. However, if anyone can reimagine this story into a fan-favorite hit, it is legend Steven Spielberg, the man behind films like Jaws, E.T., Jurassic Park, and Indiana Jones. Did Spielberg knock yet another film out of the park? Check out all the details in my parents guide movie review.

An adaptation of the 1957 musical, West Side Story explores forbidden love and the rivalry between the Jets and the Sharks, two teenage street gangs of different ethnic backgrounds.

Let’s take a look at what parents need to know before letting their kids watch West Side Story.

Language: West Side Story has some language parents need to watch out for, especially derogatory words like sp*c, d*go and p*llock. Other words include: d*ck, a** and g-d d*mn.

Violence: The film contains hand-to-hand combat, stabbings, and the use of guns. Some characters are murdered by gunshots and stabbings, and the dead bodies are shown on-screen. There is also a scene where a group of men are shown attacking a girl, and it is presumed they are attempting to rape her, as when they are stopped by a character, she calls them “rapists.”

Sexual Content: There is implied sex, and the characters are shown in bed together afterwards.

Most audiences already know the story of West Side Story, having either seen the original movie, the Broadway musical, or both. This remake stays pretty true to the original plot with some fun changes, like the decision to cast the original Anita, Rita Moreno, as Valentina, the owner of a drugstore called Doc’s Chemists, where Tony works. Moreno brought much heart to the film, and her character Valentina, a Latina woman who married a white man, brought some poignancy to the movie, considering she is the Latina who gave Tony hope and a second chance at turning his life around. There are many powerful moments in the film that are aided by her role and presence.

Spielberg was not going to make the mistake of Lin-Manuel Miranda, who was called out for his lack of Afro-Latinx actors in “In The Heights.” West Side Story avoids “whitewashing” racial casting by casting actors of color, as well as actors with true Latinx heritage. Along with the casting, Spielberg kept the dialogue very true to the characters, having the Latinx characters speak Spanish (with no subtitles) mixed with English throughout the movie. This brilliant move not only gives the movie a more realistic depiction of the characters, but it also appeals to Spanish-speaking audiences, offering a more inclusive film for them to enjoy.

Rachel Zegler, who plays Maria, was a joy to watch and exuded the beauty and innocence that embody her character. Her chemistry with Ansel Elgort (Tony) was quite believable, but it was her angelic voice that stole the show in every musical rendition number she sang. However, it was Ariana DeBose, who plays Anita, who lit up every scene. Perhaps she had an advantage with Moreno being part of the film, considering she won an Oscar for her performance as Anita and could offer DeBose advice on her role. DeBose had the flashy dance moves, magnetic personality, and heart-wrenching emotions that audiences could easily connect with.

West Side Story, cinematographer Janusz Kaminski and the production design team brought the story to life and gave it the artistic feel of a Broadway musical with a big budget production. Scenes were colorful and over-the-top when needed, and dark, gloomy, and slum-like in other darker scenes. One of the most striking scenes was the “big rumble,” where playing with light, shadows, and overhead shots will send chills down the viewer’s spine. The musical numbers were familiar and true to the original, and the dance sequences were dazzling thanks to choreographer Justin Peck.

The themes in West Side Story are difficult to watch at times, as it delves into racism and the hate many develop towards one another for being different. The story in itself is a Romeo and Juliet modern day tale, and this remake is as good as the original, if not better. It also feels like the timing of this remake is very appropriate considering today’s tense climate between sides, whether political, cultural, or ideological. My guess is that timeless tales such as this one will resonate throughout society for generations to come. 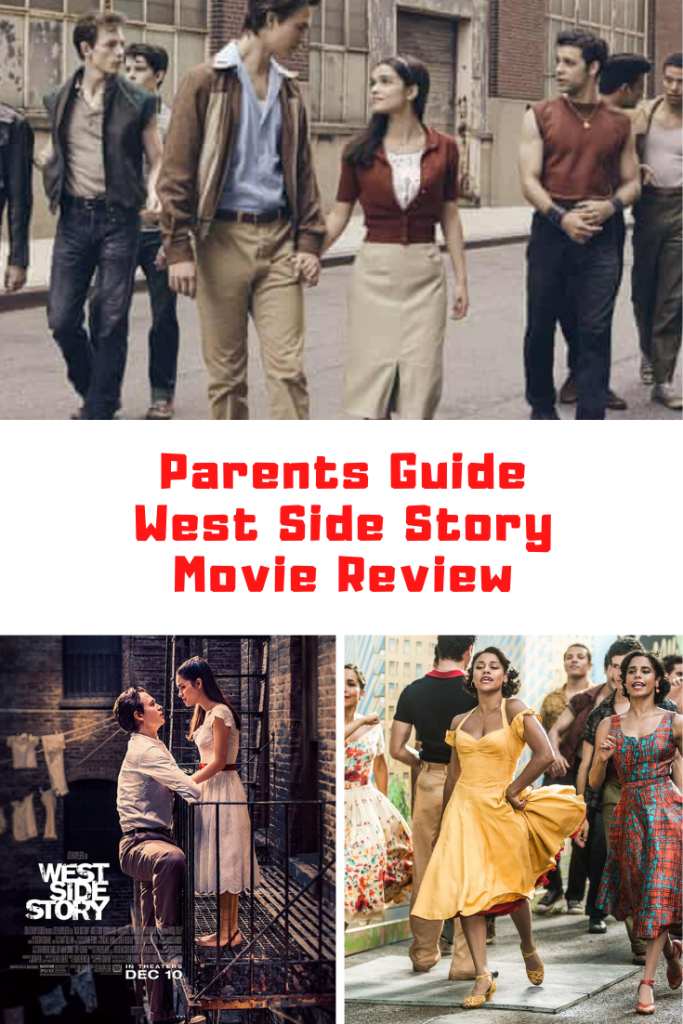