Emergency is an emotionally exhausting, poignant film that brings unexpected tense moments with a bit of laughter. Check out the details in my parents guide movie review. Sundance 2022 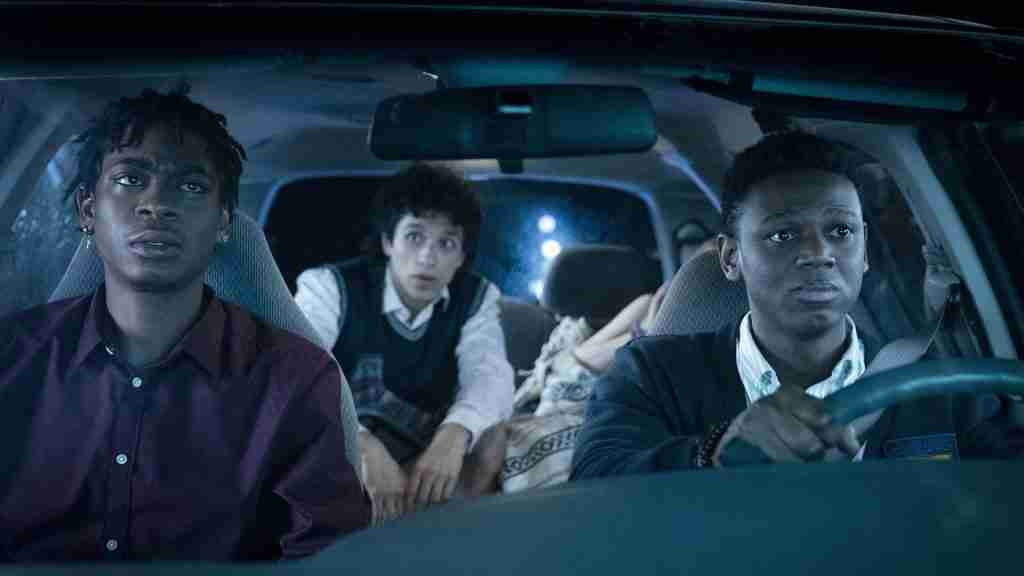 Emergency premiered at the 2022 Sundance Film Festival this week. The film stars RJ Cyler, Donald Elise Watkins, and Sabrina Carpenter and is a biting satire in which racial dynamics unmask a world so absurd that it could only be real. Emergency is a dark comedy with a wildly hard-hitting message. Check out the details in my parents guide movie review.

Straight-A college student Kunle and his laid-back best friend, Sean, are about to have the most epic night of their lives. Determined to be the first Black students to complete their school’s frat party legendary tour, the friends strap in for their ultimate assignment, Solo cups in hand. But a quick pit stop at home alters their plans when they find a white girl passed out on the living room floor. Faced with the risks of calling the police under life-threatening optics, Kunle, Sean, and their Latino roommate, Carlos, must find a way to de-escalate the situation before it’s too late.

Let’s take a look at what parents need to know before letting their kids watch Emergency.

Mature Content: The film has strong themes surrounding racism, which could be triggering for some viewers. Characters discuss being targeted by the police and others for being black. Characters are shown consuming drugs and alcohol. One particular character seems to be suffering from alcohol poisoning and is brought to the brink of death.

Emergency is a raw and emotional film that will take audiences in unexpected directions as the story unfolds. While the film is peppered throughout with comedic moments, it is the raw and hard-hitting punches that will resonate with viewers long after they finish watching it, particularly the racial dynamics that become the central message. Audiences never get a chance to delve into the backstories of the characters, so it is hard to become invested in them, but viewers will be on the edge of their seats throughout the second half as the friends join together to beat the clock.

The best part about Emergency is the climatic ending, which is raw and powerful, mostly due to the history of racial discourse between African Americans and the police. RJ Cyler and Donald Elise Watkins give outstanding performances, particularly Watkins, who perfectly portrays the absolute fear and uncertainty in his tear-strickened eyes late in the second act.

Emergency isn’t without its flaws. There are some unbelievable moments, such as when a drunken girl can barely walk, but then manages to crawl up a tree. However, all loose ends are forgotten by the very powerful ending that will have audiences holding their breath. The films surrounding racial tensions and law enforcement are plentiful, yet this spin gives them a fresh take on a topic still relevant today. Emergency was based on the “Special Jury Prize” winning Sundance short film of the same name from 2018. I imagine if you are going to take inspiration from something, it might as well be a winning film. Emergency takes that short film and runs with it, expanding on it and driving home a great message with an engaging and gripping experience.

Emergency Rating: 3 out of 5