Watcher is a gripping tale with an outstanding performance by Maika Monroe that finally delivers with a jaw-dropping climatic ending. Check out the details in my parents guide movie review. 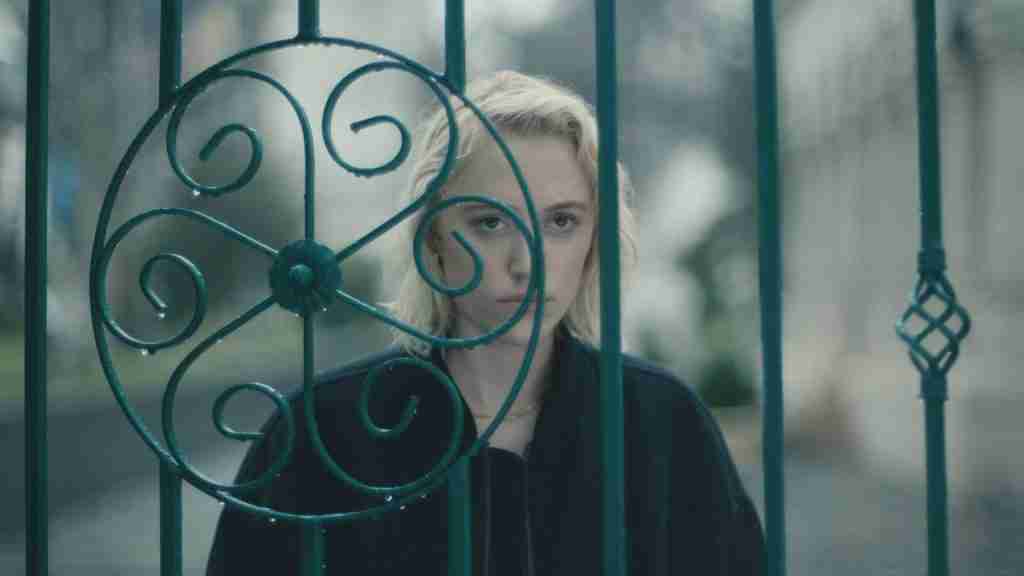 Watcher premiered at the 2022 Sundance Film Festival this week. The film stars Maika Monroe and Karl Glusman and looks at the imminent danger that lurks behind every corner. Watcher is an elegantly simple depiction of one woman calculating in real time whether to trust her own sense of peril. Check out the details in my parents guide movie review.

Julia joins her husband when he relocates to his family’s native Romania for a new job. Having recently abandoned her acting career, she finds herself frequently alone and unoccupied. One night, people-watching from her picture window, she spots a vague figure in an adjacent building, who seems to be looking back at her. Soon after, while alone at a local movie theater, Julia’s sense of being watched intensifies, and she becomes certain she’s being followed — could it be the same unknown neighbor? Meanwhile, a serial killer known as The Spider stalks the city.

Let’s take a look at what parents need to know before watching Watcher.

Mature Content: The biggest thing to look out for in this film is its violent content. Characters are shown being stabbed, choked, suffocated, decapitated, and shot to death. There is also some sexual content and nudity in the film, particularly a scene in which a character enters a strip club and naked performers are shown. The film also includes characters smoking and consuming alcohol.

The best thing about the film Watcher is the performance given by Maika Monroe. The film is not heavy on dialogue, but it is the cat and mouse chase between the “watcher” and Monroe that creates the suspense that will keep audiences glued to the screen. While the twists and turns feel totally predictable at times, and some moments will have you questioning the motives of the antagonists, it is the climactic ending that brings everything together and makes this one worthwhile.

The camera shots and score mixed in with tense moments and a few jump scares will have viewers’ hearts racing. Director Chloe Okuno and cinematographer Benjamin Kirk Nielsen’s design compositions are both exquisite and unsettling, with every shadow offering cover for potentially imminent danger. The decision to keep the “watcher’s” face hidden and mostly darkened at times was brilliant, and proves the point that he is not limited to one individual but could be lurking around any corner in any neighborhood.

Watcher doesn’t re-invent the wheel, it keeps things simple and, as a result, predictable. There is homage given to Hitchcock films such as Rear Window, which is noted and appreciated, and although Watcher isn’t trying to be one of those classic suspense movies of yesteryear, it does utilize them as source material to bring something different to the current genre. It does try to separate itself from the pack by not being an outright slasher-type horror movie, leaning closer to suspense, and for those fans of thrillers, this one will keep viewers on the edge of their seats. And that last shot was the perfect ending to an okay story. If I had to make a complaint beyond the predictability, it would be that the story needed a bit more panache. That way, the entire experience would be more fulfilling as a whole.