When You Finish Saving The World is a disjointed, awkward film. While the characters are not likable, they give a decent performance. Check out the details in my parents guide review. Sundance 2022 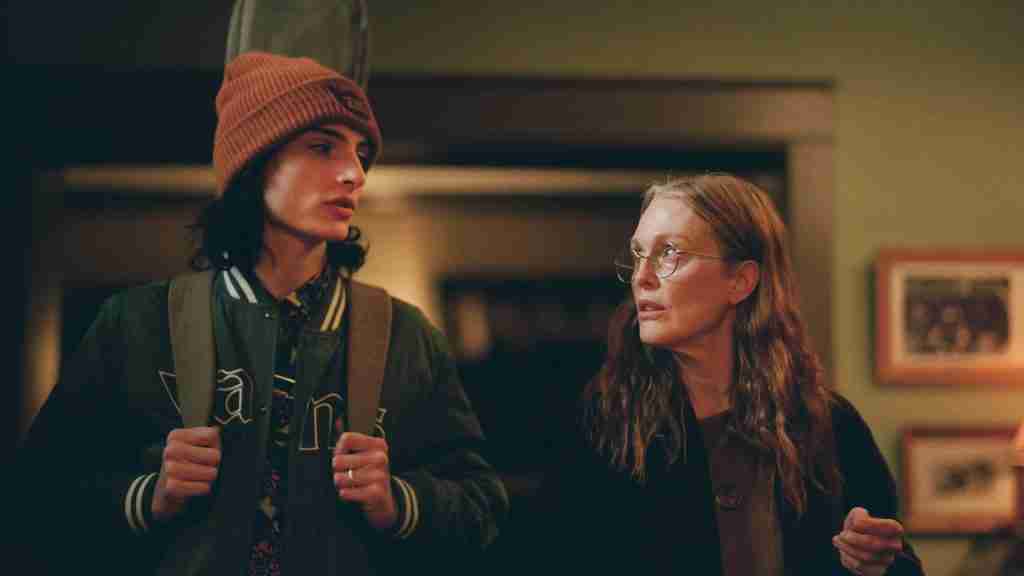 When You Finish Saving The World premiered at the 2022 Sundance Film Festival this week. The film stars Julianne Moore and Finn Wolfhard and tells the story of a mother and son who fail to understand each other’s values. When You Finish Saving the World reflects a moment of internet fame and youth activism, but it also recounts the timeless tale of parents and children struggling to connect across the generational chasm that separates them. Check out the details in my parents guide movie review.

When You Finish Saving The World Parents Guide

From his bedroom home studio, high school student Ziggy performs original folk-rock songs for an adoring online fan base. This concept mystifies his formal and uptight mother, Evelyn, who runs a shelter for survivors of domestic abuse. While Ziggy is busy trying to impress his socially engaged classmate Lila by making his music less bubblegum and more political, Evelyn meets Angie and her teen son, Kyle, when they seek refuge at her facility. She observes a bond between the two that she’s missing with her own son, and decides to take Kyle under her wing against her better instincts.

When You Finish Saving The World Age Appropriate Parents Guide

Let’s take a look at what parents need to know before letting their kids watch When You Finish Saving The World.

When You Finish Saving the World is Jesse Eisenberg’s directorial debut and is a deeply personal story, yet not an autobiographical tale. Eisenberg’s late mother-in-law ran a domestic abuse shelter, and the actor had been very involved with her organization throughout his marriage. However, the film’s plot doesn’t center around domestic abuse, but rather a mother and son’s relationship and their struggle to connect.

Both Julianne Moore and Finn Wolfhard give solid performances. However, each story line feels like two separate films. The chemistry between Moore and Wolfhard seems tense and disconnected, but that is exactly what was intended for this movie, as both characters struggle to find common ground. The film brings humor at times, and a relatable dialogue between a mother and her teenage son, which many parents can relate to. Yet, the story line never seems to go anywhere.

Despite the star-studded cast and Eisenberg at the helm, When You Finish Saving The World was a huge letdown and doesn’t seem very worthy of a spot on the Sundance platform. I imagine Eisenberg’s clout is what got this film selected, but he fumbled the ball on this debut. There just wasn’t any cohesion among all the parts, from the actors to the plot, so that even if he was trying to make some kind of point with this film, one would be hardpressed to find it at all, unless… If Eisenberg was trying to correlate the disconnection between the mother and son to the same detachment the audience feels while watching this film, then perhaps it was a stroke of genius. Touche, Eisenberg, touche.

When You Finish Saving The World Rating: 1.5 out of 5