HULU’s Pam & Tommy is a wildly entertaining series that brings back 90’s nostalgia and scandals. Check out the details in my parents guide review. 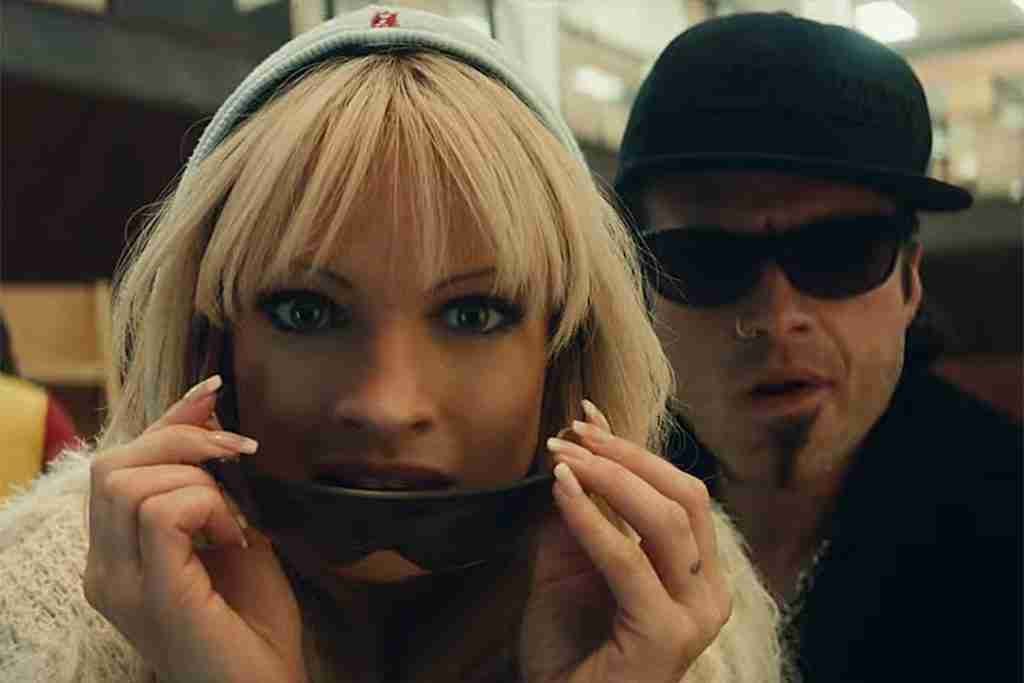 HULU’s Pam & Tommy dropped its first three episodes on the streaming service today, February 2nd. The series stars Lily James and Sebastian Stan as Pamela Anderson and Tommy Lee, and centers around the shocking true events surrounding their infamous sex tape. The series covers everything from their first meeting, their whirlwind marriage, and, of course, the stolen sex tape. Check out all the details in my parents guide review.

Pam & Tommy follows the story of Pamela Anderson (Lily James) and Tommy Lee’s (Sebastian Stan) relationship, going back to their whirlwind romance that started with them marrying after only knowing each other for 96 hours in 1995. 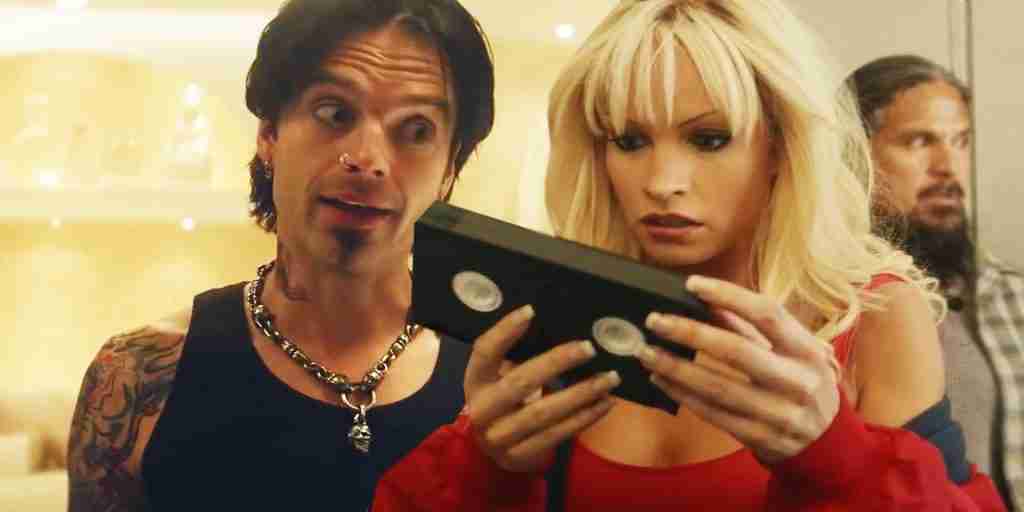 Let’s take a look at what parents need to know before letting their kids watch Pam & Tommy.

Sexual Content/Nudity: There are numerous sex scenes and nudity in the series. Characters are shown having sex, with thrusting and full on nudity. Bare breasts are shown, and episode 2 consists of multiple shots of a penis. There is even a sequence in which the penis moves and talks.

Mature Content: Pam & Tommy also contain characters consuming alcohol and partaking in drug use. Guns are also shown in the series, and there is one particular scene that shows a character pointing a gun at the head of another character.

While HULU’s Pam & Tommy is based on the true events surrounding the infamous sex tape of the couple, this author was not prepared for the vast amount of sex and nudity included in the series. It is no secret Tommy Lee is “blessed” in the well-endowed department, so the lingering question remains: does the show reveal a glimpse of his member? The answer is a big YES! Not only do viewers get a shot of a penis, but throughout the entire second episode, the penis steals almost every scene and even has its own lines. Yes, Tommy Lee’s penis talks in Pam & Tommy. As ridiculous as that sounds, the talking penis kind of works with the rest of the series, which will have audiences pondering whether the show is more of a parody than a sex tape biopic.

Lily James and Sebastian Stan truly embody Pamela Anderson and Tommy Lee. The two have raised the bar high with their performance in Pam & Tommy. Not only do James and Stan nail the “looks” of the famous duo, but they also do a terrific job of capturing the pairs’ sounds, gestures, and facial expressions. James’s portrayal of Anderson tunes into the hopeless romantic and bit of naivete that encompasses the actress. On Stan’s part, he seems to totally nail the “Rockstar” attitude (AKA a**h*leness) that is Tommy Lee. Most importantly, the two’s on-screen chemistry is almost animalistic and appears to be entirely accurate of what the world knows about the couple and their whirlwind romance.

HULU’s Pam & Tommy covers more than just the couple’s sex tape scandal, but also their love story, mixed in with some 90’s nostalgia. The side story of Miltie (Nick Offerman) and Rand (Seth Rogan), who stole and sold the sex tape, is a bit of an afterthought, but it also reveals some interesting details about the emerging popularity of the world wide web. Andrew Dice Clay also makes an appearance, accompanied by an extra special surprise appearance by Jason Mantzoukas.

Pam & Tommy is messy, over-the-top, ridiculous at times, and wildly entertaining. There is much to like here for fans and non-fans of the couple. As crazy as the whole thing is, it ended up being a significant part of American history, especially as it pertains to the internet and how it kicked off an entire sub-industry for pornography and viral videos. Of course, simply by the raunchy nature of the subject matter, many will be deterred, but for the rest, it’s all we can do to look away. 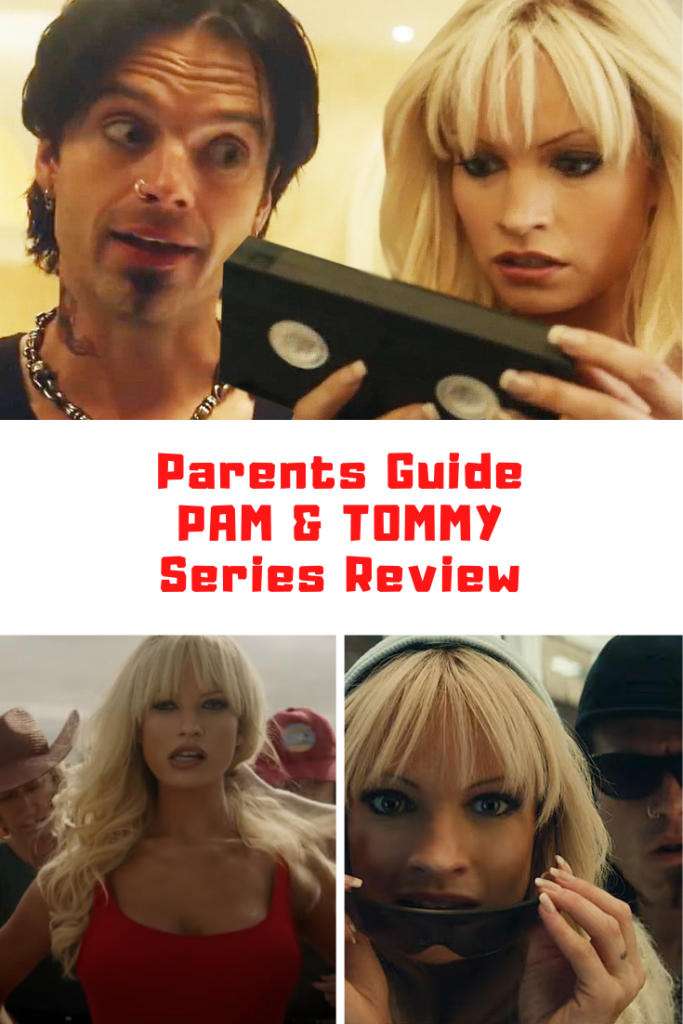