Marry Me is a charming, sincere, and amusing rom-com with a fantastic performance by Owen Wilson. Check out the details in my parents guide movie review. 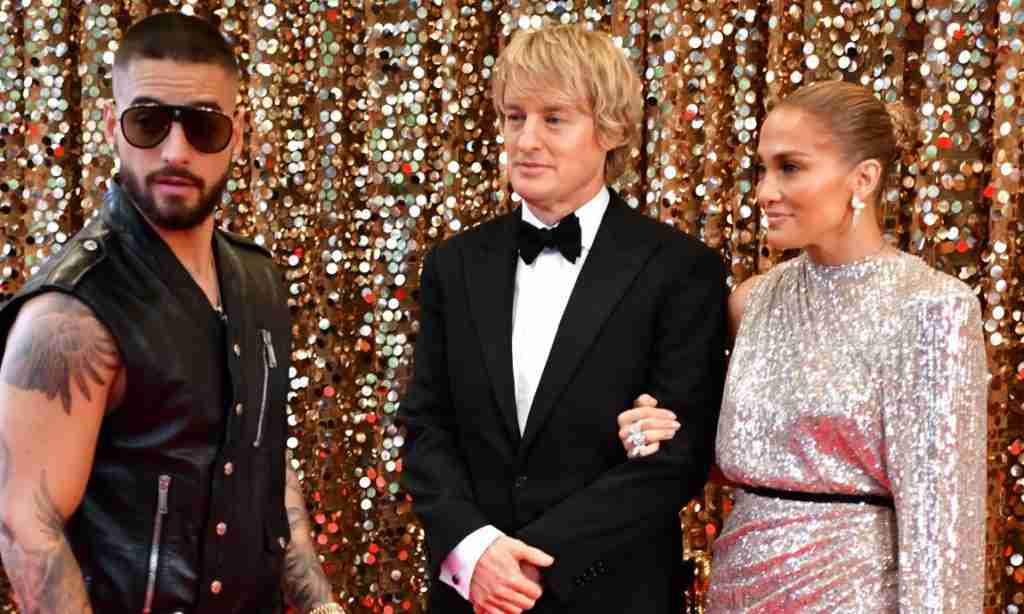 Marry Me drops into theaters tomorrow, February 11th. The film stars Jennifer Lopez and Owen Wilson and was adapted from the Bobby Crosby webcomic of the same name. With Valentine’s Day right around the corner, audiences will be out in full force looking for a sweet date night rom-com to enjoy with their loved ones, and Marry Me will fit the bill! Check out all the details in my parents guide movie review.

Pop superstar Kat Valdez (Jennifer Lopez) is about to get married before an audience of her loyal fans. However, seconds before the ceremony, she learns about her fiance’s cheating ways and has a meltdown on stage. In a moment of inspired insanity, Kat locks eyes with a total stranger in the crowd and marries him on the spot. As forces conspire to separate the unlikely newlyweds, they must soon decide if two people from such different worlds can find true love together. 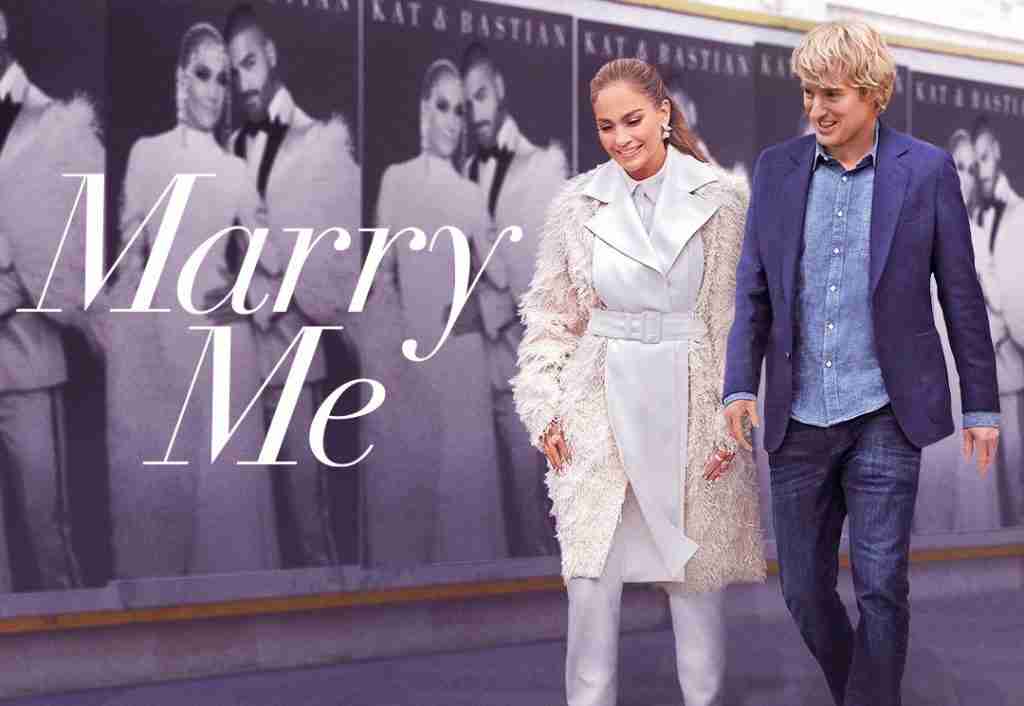 Let’s take a look at what parents need to know before letting their kids watch Marry Me.

Language: Marry Me is mild on language, but contains some profanity parents should be made aware of. Lookout words include: a**, sh*t, hell, and phrases such as “suck it” and “screw him.”

Mature Content: The film has some adult themes, like divorce and falling in love. There are no sex scenes, no nudity, but characters are shown passionately kissing. Alcohol is also shown being consumed in the film.

The best thing about Marry Me is the performances given by Owen Wilson and Jennifer Lopez. Wilson and Lopez have great chemistry together on screen and are very convincing in their roles. Wilson, in particular, is genuine, sincere, and convincing as Charlie, the divorced middle school math teacher who leads a simple life. It’s been a while since viewers have seen Lopez in the lead in a romantic comedy like this, and her character, Kat, appears to be based on her own life experiences at times. A famous singer, who has had bad luck in the romance department, falls for a “regular” guy. And while gossip as of late has Jennifer Lopez reconnecting with her famous past-lover, Ben Affleck, watching this film, one cannot help but see her as just “Jenny from the block.”

The premise of Marry Me is completely ridiculous and may be a bit of a turn off at first. A famous singer marries a random fan in the audience after she was cheated on. Totally absurd? Thankfully, as the story begins to unfold, it reveals more layers that viewers can relate to and even some messages that may resonate. One being the importance of living a simplier life off of social media. When Charlie is thrust into the limelight for being married to a pop-icon, he doesn’t have any social media accounts and still uses a flip-phone! While younger viewers have never experienced life without being “plugged-in” 24/7, Marry Me touches on how much happier one’s life can be without modern technology. I don’t suspect that younger viewers will take heed of that advice, but perhaps they can come away with the knowledge that even though people can come from different paths in life, there are some similarities that are unmistakably universal. If you truly believe it and/or feel it in your heart, you can make the impossible dream attainable. 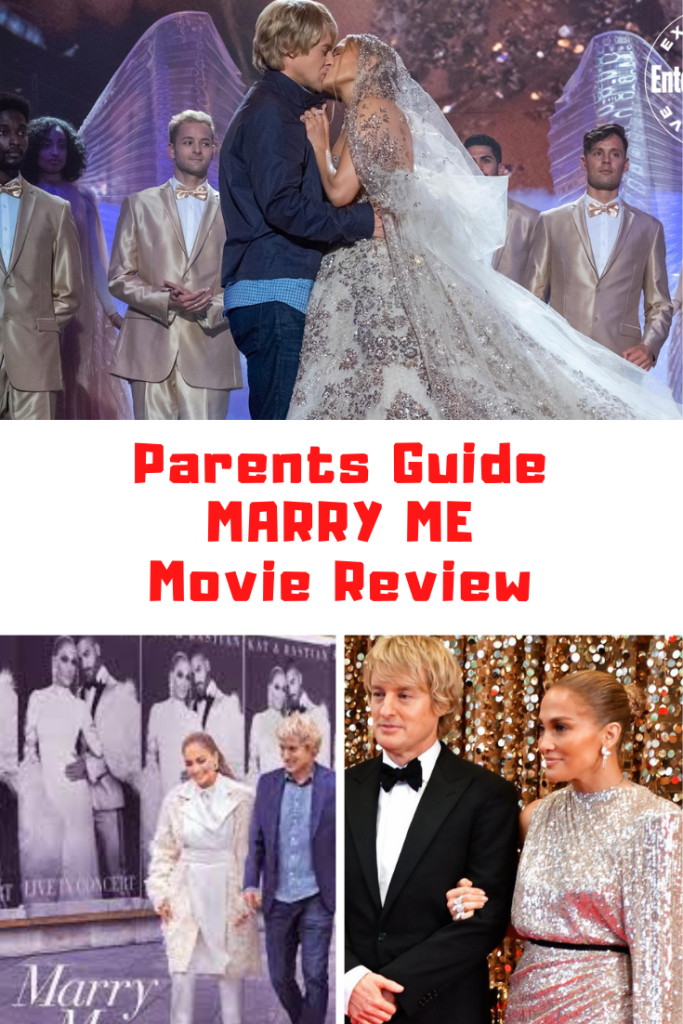