Netflix’s Vikings: Valhalla is a notable sequel to the popular Vikings series. The new ensemble of characters is top notch. Check out the details in my parents guide review. 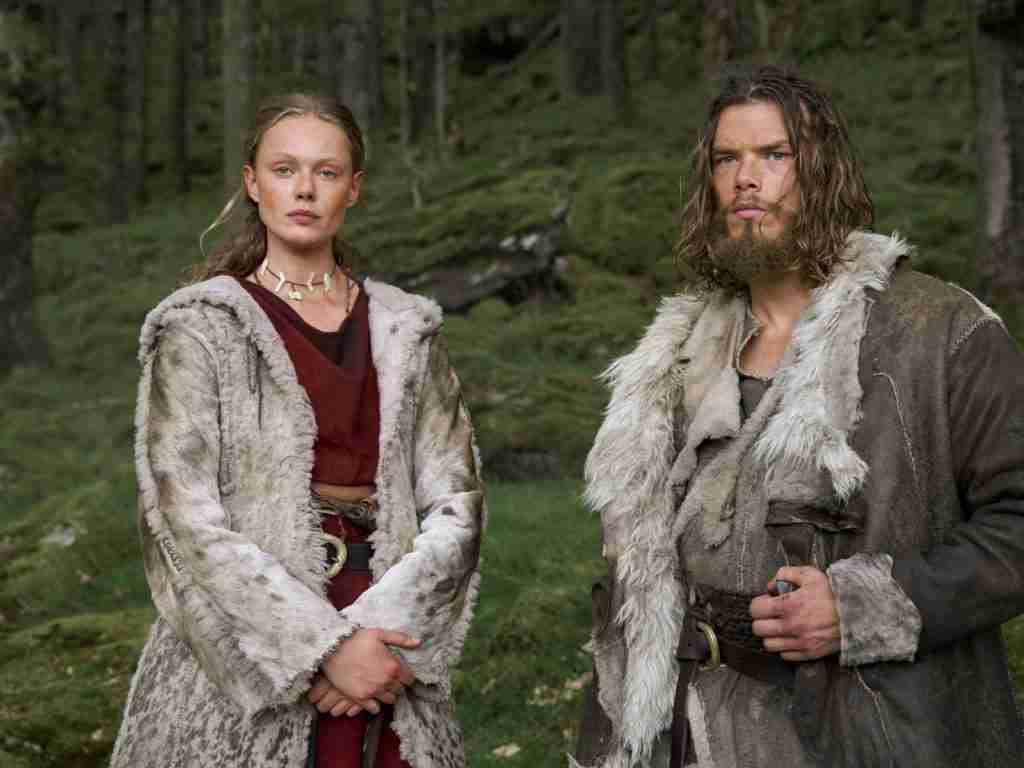 Netflix’s Vikings: Valhalla drops on the streaming service this Friday, February 25th. The new series is a sequel to Netflix’s Vikings and is set over a hundred years after the end of its predecessor. The new adventure blends historical authenticity and drama with gritty, immersive action. It will remind some fans of the Netflix series The Last Kingdom, which is based around the same time as this sequel, and has the same overall feel. Check out all the details in my parents guide review.

Set over a thousand years ago in the early 11th century, VIKINGS: VALHALLA chronicles the heroic adventures of some of the most famous Vikings who ever lived — the legendary explorer Leif Eriksson (Sam Corlett), his fiery and headstrong sister Freydis Eriksdotter (Frida Gustavsson), and the ambitious Nordic prince Harald Sigurdsson (Leo Suter). As tensions between the Vikings and the English royals reach a bloody breaking point and as the Vikings themselves clash over their conflicting Christian and pagan beliefs, these three Vikings begin an epic journey that will take them across oceans and through battlefields, from Kattegat to England and beyond, as they fight for survival and glory. 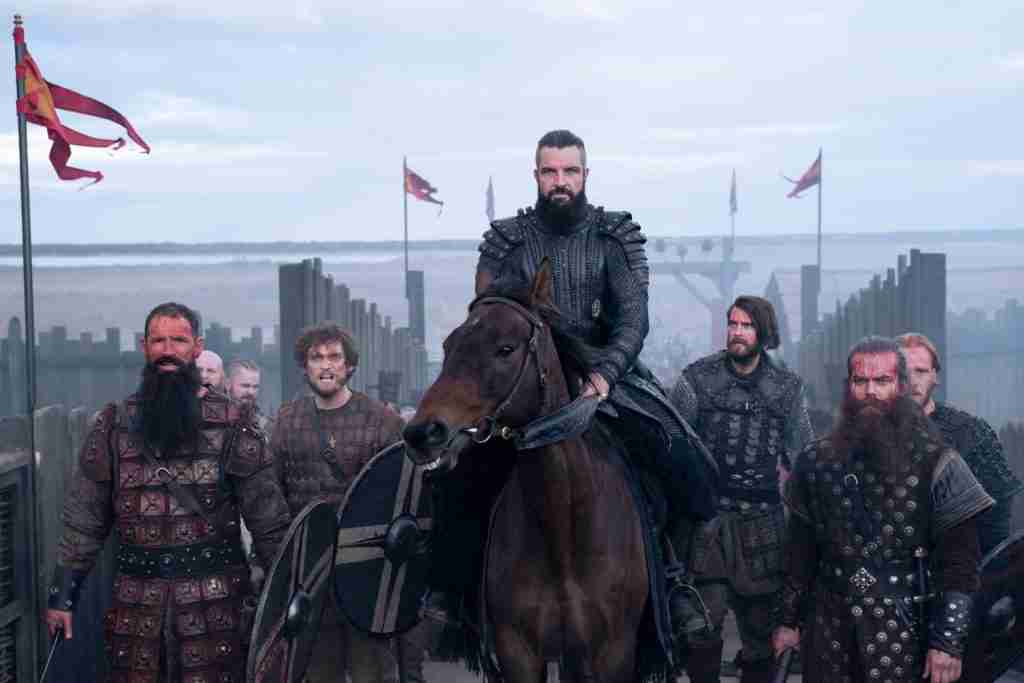 Let’s take a look at what parents need to know before letting their kids watch Vikings: Valhalla.

Language: Vikings: Valhalla has some language parents should be made aware of, but as far as language goes, it is pretty mild. Lookout words include: d*mn, a**, hell, and more.

Violence: The biggest lookout for parents in the series is the violent content the show contains. There are extremely graphic, violent, bloody, and brutal scenes with stabbings, beatings, and beheadings. There are also scenes that imply rape and a discussion of a character being raped as a child.

Netflix’s Vikings: Valhalla does not hold back on the brutality of the time period. The series is savage and brutal, with a ton of blood, killings, and even multiple beheadings. The show is based 100 years after Netflix’s Vikings, the prequel to this series, and opens with the St. Brice’s Day Massacre, which triggered the Vikings to unite to fight a common enemy, England. All of this is based on historical events and characters, which adds authenticity to the series.

The set designs are massive and ultra realistic, not to mention the beautiful locations where the show is filmed. The scenery is gorgeous, the costumes are spot on, and the actors really get into their respective roles. None of Vikings: Valhalla seemed fake or staged in any way. Viewers will feel like they have been transported back in time to witness these events as they unfurl.

If I had to take a moment to think of a negative, it would be some of the pacing issues. By that I mean, one moment a group of people are in Mercia, England and a scene later they may be back in Kattegat, Denmark. Sometimes in a single episode, it is hard to tell how much time is actually passing in the show when it seems like other things have just happened. In that sense, it can be hard to figure out what is going on, but I imagine it was edited in such a way to tighten up the series. I, for one, would like it to span longer over more episodes, as it is quite enjoyable. Even if there are more seasons, they have already moved on in the story, so I feel like it was a missed opportunity. This is a paltry gripe, however, and it really takes nothing away from the show. For fans of this type of action adventure period piece, Vikings: Valhalla should be on their watch lists. 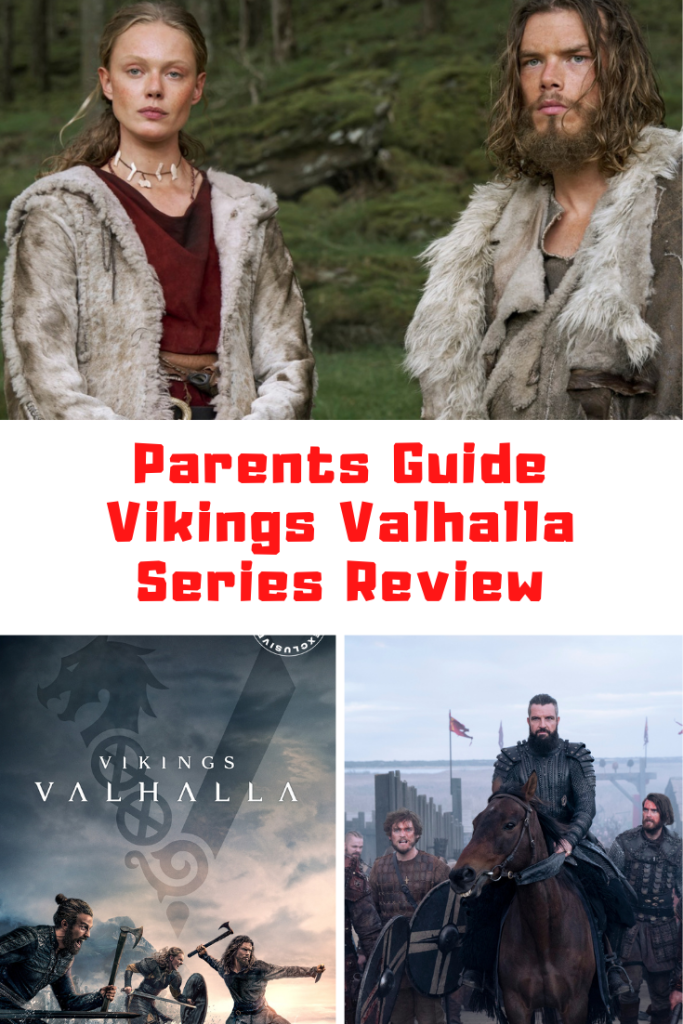